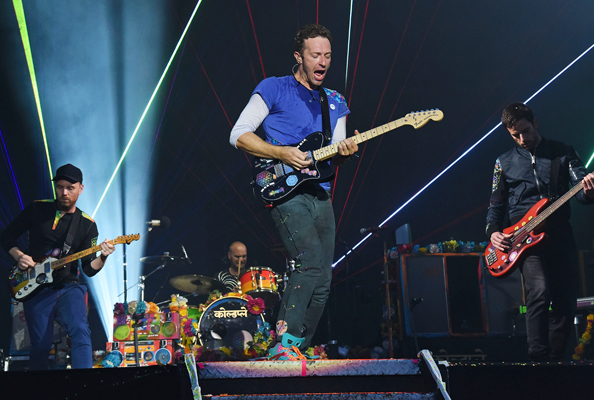 However some just-announced news could be a bit of an end-of-year gamechanger.

The surprise gig was confirmed by the band on Twitter, who are taking over the venue for their second NYE concert (they first sung the year out in the capital back in 2011).

TOUR NEWS: The band will see in the new year with a show in Abu Dhabi on December 31. A pic.twitter.com/PUS2vaf1FH

Chris Martin and the lads also played in Abu Dhabi in 2009, and have racked up an impressive seven Grammys since they formed in 1996.

They’re currently touring with their latest album, A Head Full of Dreams, and will jet in to the UAE after their shows in Australia and New Zealand.

The album features guest appearances from Beyonce, Tove Lo and Barack Obama (but, sadly, we’re not expecting a surprise appearance from any of them… although one can always dream).

There’s also a track on the album called Everglow, which Martin penned with now-ex-wife Gwyneth Paltrow.

This is probably the most recognisable track from their newest release:

Other hits include The Scientist, Viva La Vida, Paradise, Fix You and Yellow – they probably won’t have time to play them all, but we’re looking forward to some rousing encores from the alternative rockers.

Tickets will go on sale on Wednesday November 30 at 12pm – you can find them at Virgin Megastores or Ticketmaster (for more information, click here).

Sounds like a good way to ring out what has undeniably been a pretty awful year (Trump, Bowie, Brexit, Prince… sob).