Should You Break Up With Your Smartphone? | Tech Cleanse 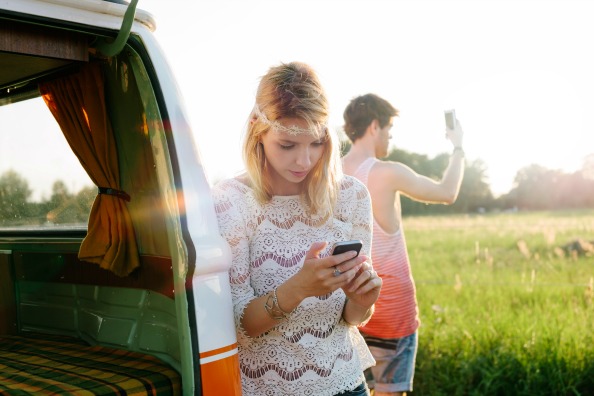 The average person checks their phone 110 times per day. If this sounds like you, why not make your New Year’s Resolution a tech cleanse?

Smartphones are amazing. They allow us to tweet, post, email, call, text, WhatsApp, Snapchat, Instagram, surf, and order on the move. They keep us connected to the world around us, prevent awkward minutes spent waiting for a friend to return from the loo, and make sure that we never have an excuse to be lonely.

Or do they? Research shows that, actually, mobile phones might be doing the exact opposite. “One of the worst things that over-use of technology does to our relationships is dilute them,” says Dr Judi Cinéas, a psychotherapist specialising in romantic relationships. “[Smartphones can] bring people to that point where even though they are spending time together, they are worlds apart.”

If you don’t think this stereotype applies to you, then ask yourself this question: what’s the first thing you look at in the morning? Around 62 per cent of people will instantly reach for their smartphone. It seems that for the vast majority, scrolling down social media feeds to see how strangers spent their evening is more important than talking to their other half.

According to figures collated by a screen lock app that tracks how many times users unlock their smartphone, the average person checks their phone 110 times per day. During peak hours – between 5pm and 8pm – many people unlock their phones every six seconds, and 75 per cent actively use them. This data doesn’t bode well for relationships, as this valuable post-work window should be time to wind down from the office and re-connect with our partners.

“Imagine wanting to share something with a loved one, and as you start speaking they reach for their phone,” says Dr Judi. “That automatically makes the speaker clinch up. The message that what you have to say is not a important as what’s happening elsewhere has been transmitted even if neither party consciously noticed it.”

In the developed world, it’s common for people to have broken conversations when they return home from work, which are further diluted by lack of eye contact. According to Dr Judi, this can lead to lasting problems in your relationship. “Over time we stop the effort of having those in-depth conversations and stick with the surface conversations instead.”

Another problem with mild technology addiction is that it forces people to focus on their online image rather than real life. “In many instances social interactions have been reduced to more of capturing and sharing moments, rather than having and enjoying them,” explains Dr Judi. “While many people have tons of mementos, they often lack the emotions that are usually attached to these experiences.”

Next time you’re at a gig, look around the crowd. Some of these people will have spent a fortune on tickets to see their favourite band, yet they watch songs through their smartphone screen rather than taking in the live spectacle. For some reason, having a video to show friends overrides their desire to enjoy the show.

Tech ethicist and digital lifestyle expert David Polger, who believes it’s not technology that’s the problem, but how we use it, says we often use social media the wrong way round. Rather than being caught up in sharing our experiences after they’ve happened, we should be looking to create new ones. “Facebook can truly bring people together, but at the same time it can offer a person a protective bubble,” he explains. “Utilise Facebook to stimulate a greater amount of offline meet-ups, don’t use it as a replacement to face-to-face contact.”

Fear of missing out has become such a widely discussed topic that the acronym FOMO was added to the Oxford English Dictionary in 2013. It’s thought that dramatic increase in feeling left out of activities is down to – you guessed it – social media.

The link between Facebook and psychological issues has been studied so widely it’s difficult to know where to start. One thing researchers seem to unanimously agree on is that people who spend a lot of time reading about each others lives often feel disappointed with their own.

However, it’s important to recognise that the lives we see our friends living on Facebook aren’t a true representation of reality. They are simply a snippet of things they want you to see. While you might feel jealous of that cute couple who shared a snap of themselves looking happy on a romantic walk, you may not have seen them take dozens of pictures in pursuit of the perfect photo – or the argument that it ensued afterwards.

David advises couples to spend less time focusing on how much fun other people seem to be having, when the opportunity to have their own entertainment is all around. The dinner table is a prime example. “There’s a certain amount of irony in seeing people sitting around a table staring intently at their screens, connecting with everyone but the living, breathing people around them,” he says. “Dinner tables should be a tech-free zone, an area that is established as a place to eat and talk with those around you.”

Dr Judi agrees, adding that it’s the little things that we need to keep in check in order to safeguard our relationships. “When I see couples who are parting ways after a long time together, one thing that they usually report is that they no longer know each other.”

The answer? Regularly switch off from the digital world, and don’t take it too seriously. Remember to spend more time nurturing your relationship than your smartphone. Before you ask – there isn’t an app for that. 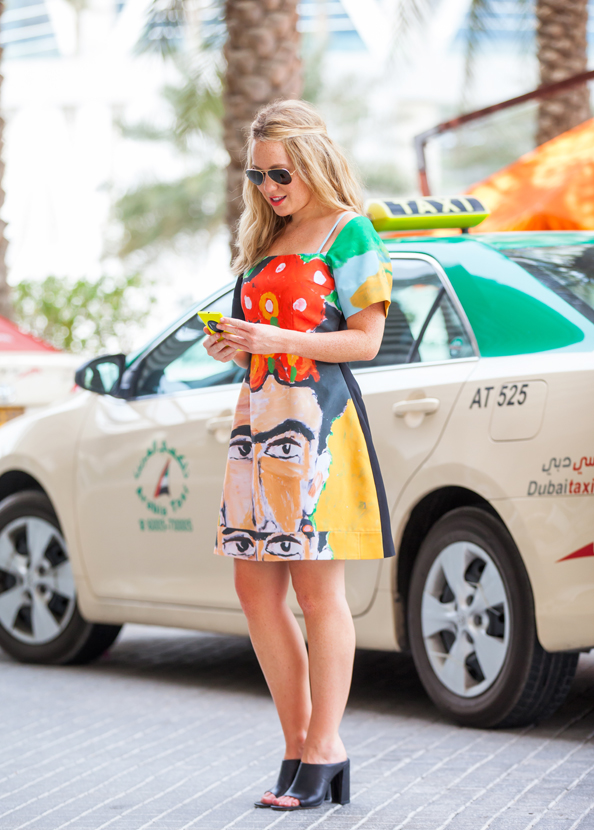 My name is Jade and I’m a tech addict. All the symptoms are there: getting my social media hit before 9am, sneaking a quick peek when I think no one is looking, the compulsion to check my phone even though I looked at it three minutes before. And then there’s the big one. The one that all addicts suffer from: denial. I don’t need to check my email every 30 minutes on weekends; I honestly don’t think that Instagram rules my life, and I certainly am not planning my next tweet before breakfast…or am I?

The straw that broke my technological back came when planning a photo shoot for EW in Los Angeles. Working with teams on different time zones forced me to set wake-up calls for 2am to ensure I didn’t miss the window when I could book models and speak to production companies. At one point I found myself – red-eyed and frantic – hooked up to a laptop, iPad and mobile phone for 20 hours straight. Even the 14-hour flight to LA didn’t offer any respite as, obviously, you can now access Wi-Fi 20,000 feet in the air – whose great idea was that? Not only was I mentally worn out, but my shoulders and neck hurt from the amount of time I spent hunched over a screen.

A road trip around Tuscany in Italy seemed the perfect opportunity to start a tech cleanse. I decided to immerse myself in history, art, culture, architecture, pizza and my partner – and not to the new breakfast spot my friend had stumbled across in Dubai.

Se we hired a car and refused to get sat nav. I replaced it with a paper map, a Moleskin notebook, a pen and an actual camera that didn’t come with a keypad. On this holiday we were going to navigate using signposts which, let’s face it, have been successfully guiding travellers around the world for a few centuries. During the ten-day trip, I found myself scribbling notes in my notebook, jotting down memories that should never be forgotten. I took photographs for myself, not my social media followers – most of whom I’ve never actually met. This holiday wasn’t about self-PR, it was about capturing special moments in time.

Breakfasting on the terrace of our hotel, I was struck on day one of the vacation by how people today are entirely, sadly, pathetically absorbed in the cyber world. The sky was blue, the sun was out and the view of the Florence skyline in the distance, including the famous Duomo, was breathtaking. I sipped my Americano and smiled. Then, out of the corner of my eye I noticed an attractive couple at the next table – honeymooners probably – both with their heads down, scrolling, slack-jawed on their phones. Every now and again they’d stick out a hand to fumble around the breakfast table and grab a piece of melon, or croissant, not taking their eyes off the screen for a second. They barely looked at each other, never mind the incredible view. You have to fear for that marriage, I thought.

Then, worryingly, the penny dropped. That could have been me. The next nine days saw me live a blissfully tech-free existence. I took naps, read two novels, and had long conversations with my other half. I saw things, not through a viewfinder, but with my very own eyes. No filter.

Back in Dubai I was anxious I’d binge on tech the minute I reconnected for work. I’m happy to report I’m no longer an addict. I’m clean now.