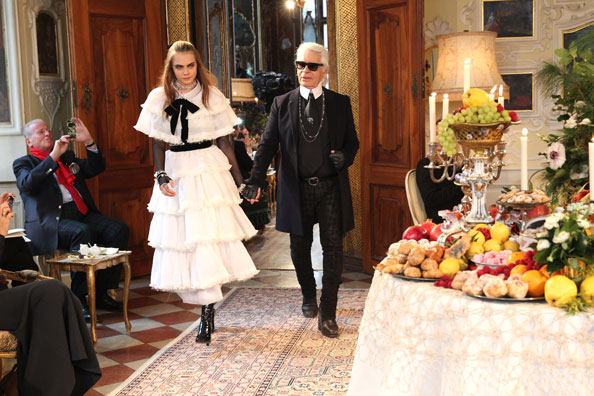 Karl Lagerfeld and his fashion elite jetted into Salzburg, Austria this week for the screening of his latest film, Reincarnation featuring Cara Delevingne and Pharrell Williams and Chanel’s Métiers d’Art presentation of the pre-autumn/winter 2015-16 held at the historic Schloss Leopoldskron.

It’s been a trio of fashion highlights this week, in a mere 36 hours we’ve followed the sartorially savvy at the British Fashion Awards in London, listened to the tales of Coco’s iconic jacket at Chanel’s Metiers d’Art show in Salzburg, Austria and then back to London again to watch the fabulous angels strut their stuff at the Victoria’s Secret show, lets just say you don’t need to guess what our New Year’s resolutions are…

After drooling over the best dressed at the British Fashion Awards, (we vote Karlie Kloss and Olivia Palermo by the way,) and signing ourselves up to every NYLA Method class going – we will get that Victoria’s Secret bod one day – Chanel still has our heart and Karl Lagerfeld’s latest presentation is hot topic in Emirates Woman headquarters this morning. 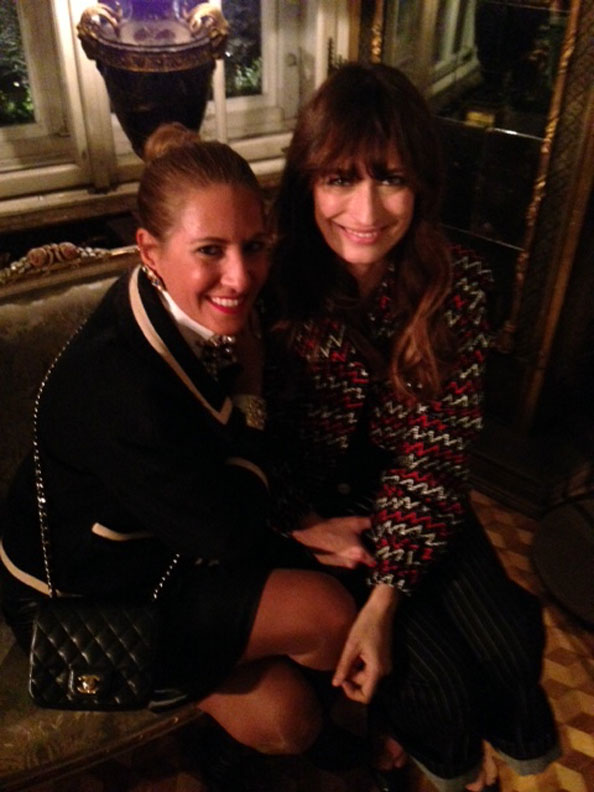 Not one for a generic catwalk, Karl, yet again stunned us with his pre-autumn/winter 2015-16 presentation held in the Rococo Palace, Schloss Leopoldskron, Salzburg. The guests, which included Emirates Woman, were divided into various rooms of the historic monument, each as opulent and regal as the next, boasting circular tables brimming in candlelit buffets of fruit and Austrian delicacies. 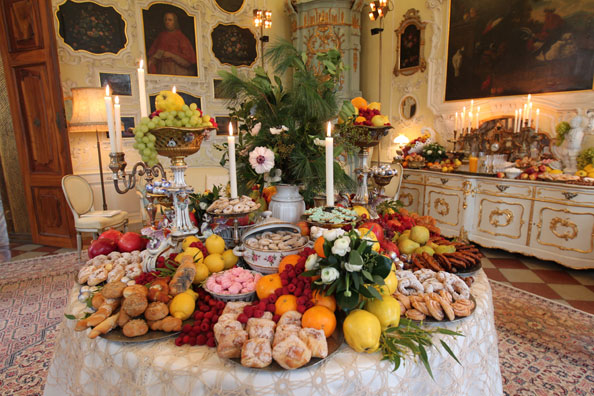 The buffet at the Chanel Metiers d’Art show

Lara Stone opened the show in a black skirt suit trimmed in jingling trinkets and charms. Ruby red frock coats followed, along with black lace dresses over courtly ruffled blouses and feathers were embroidered alongside butterflies onto sheer silk gowns and trimmed cropped jackets. Alongside this we saw tweedy knits, velvet pants and cocoon-shaped coats. 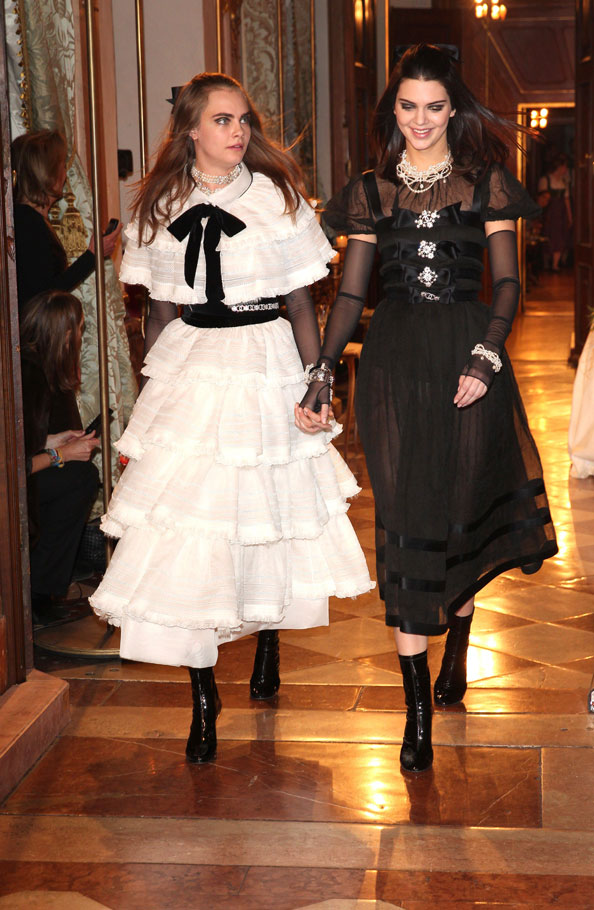 Stealing the spotlight was Cara Delevingne and her new bestie Kendall Jenner, who strutted in walking hand-in-hand – PR magic at it’s utter best. Kendall wore a black sheer dress teamed with pearls and patent boots while Cara, who is also the face of the collection, wore a stunning white ruffle dress featuring a black silk bow. Cara, in her true kooky style, swapped the white gown for a Minnie Mouse all-in-one jumpsuit. 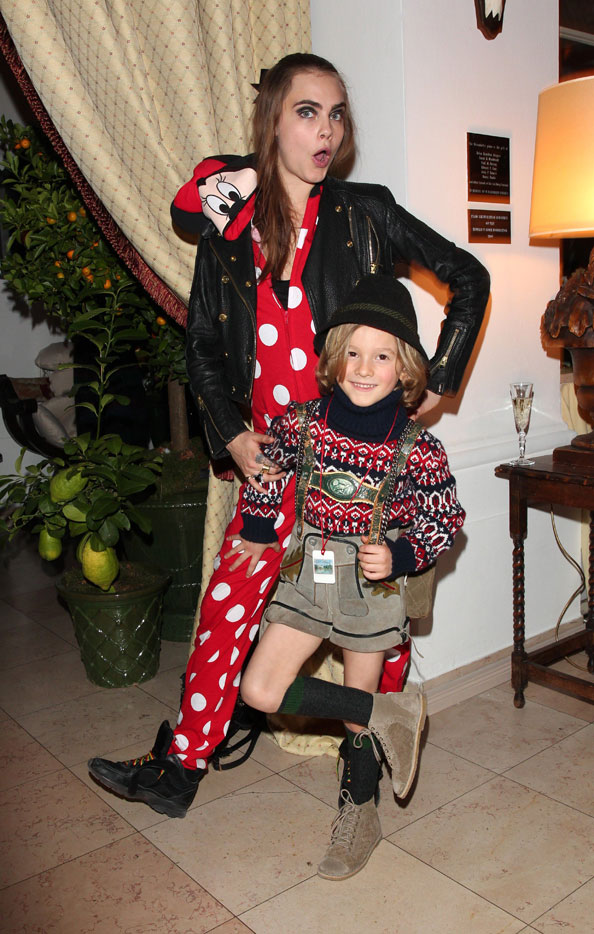 Cara ditched the gown later on and got into her winter comforts.

Key accessories from t he show – and of course for the season – ranged from suede loafers and patent lace-up boots, to velvet chokers twinkling in diamanté and clustered pearls, but the piece we’re adding to our wish list has to be the quirky pretzel-shaped brooch.

Our favourite looks on the night: 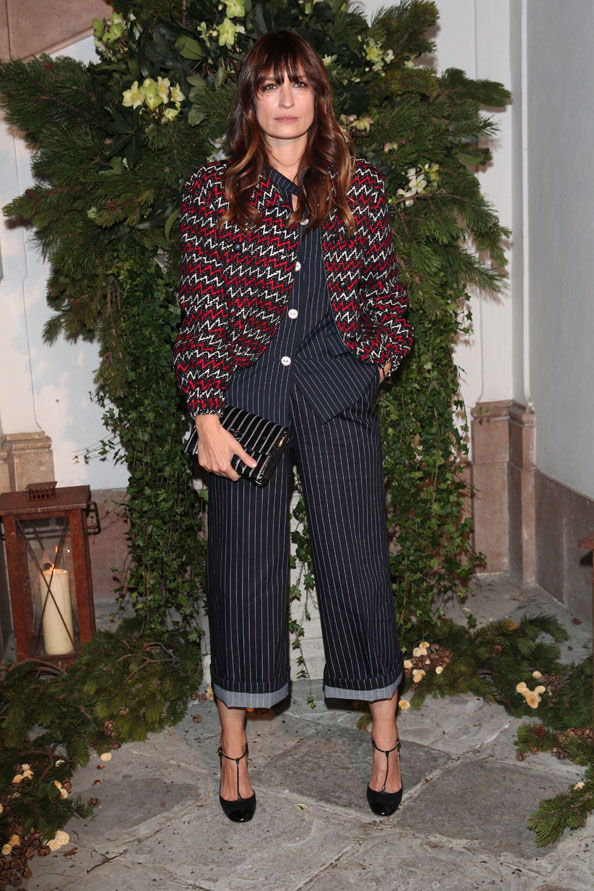 A guest during the Chanel Metiers d’Art Collection 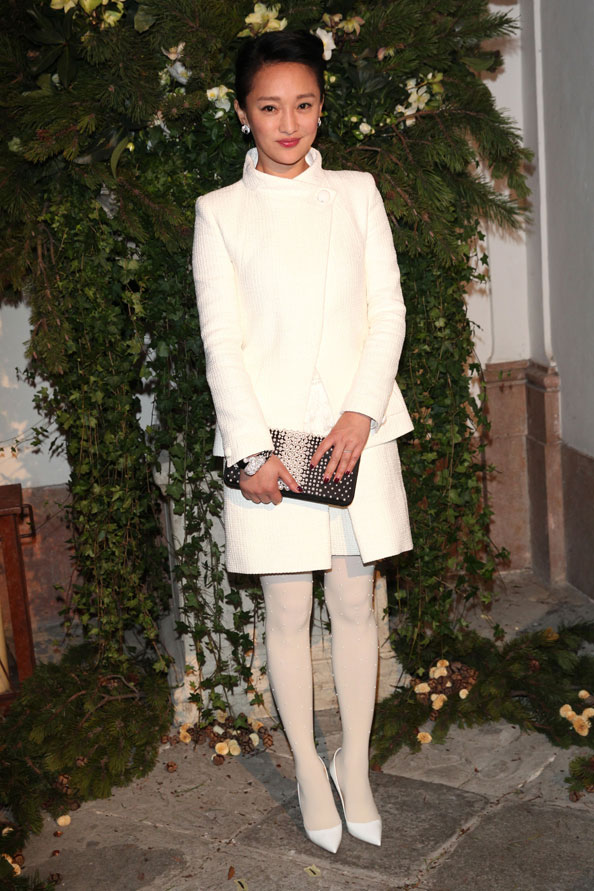 Angelic in all white 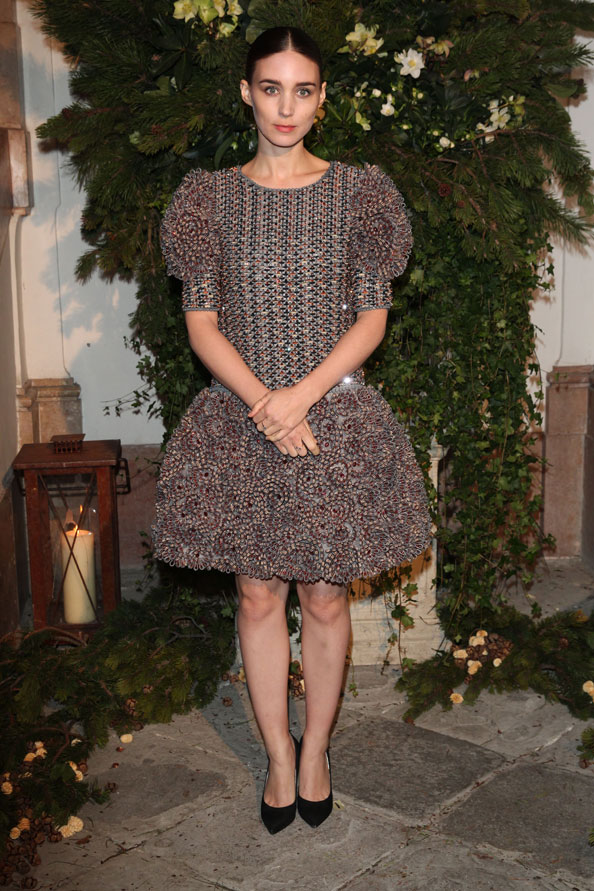 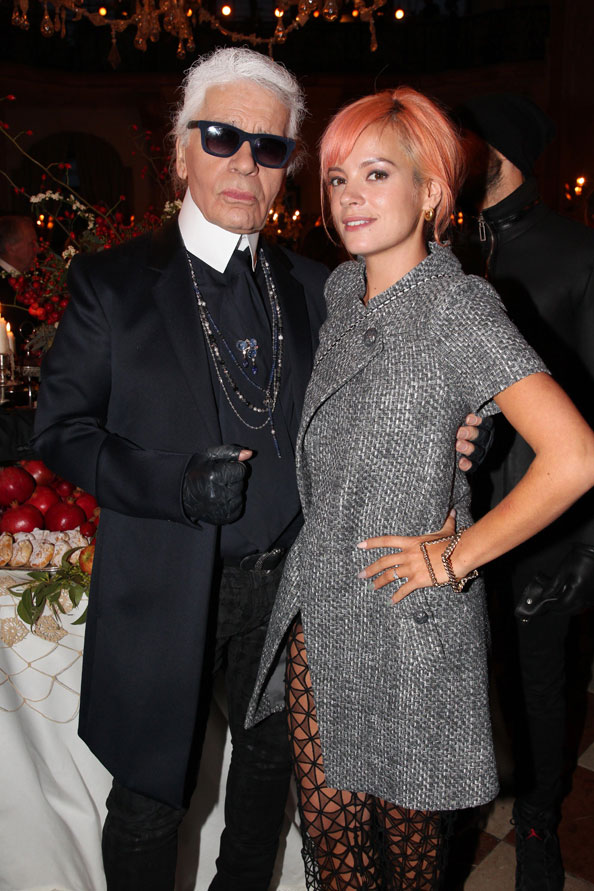 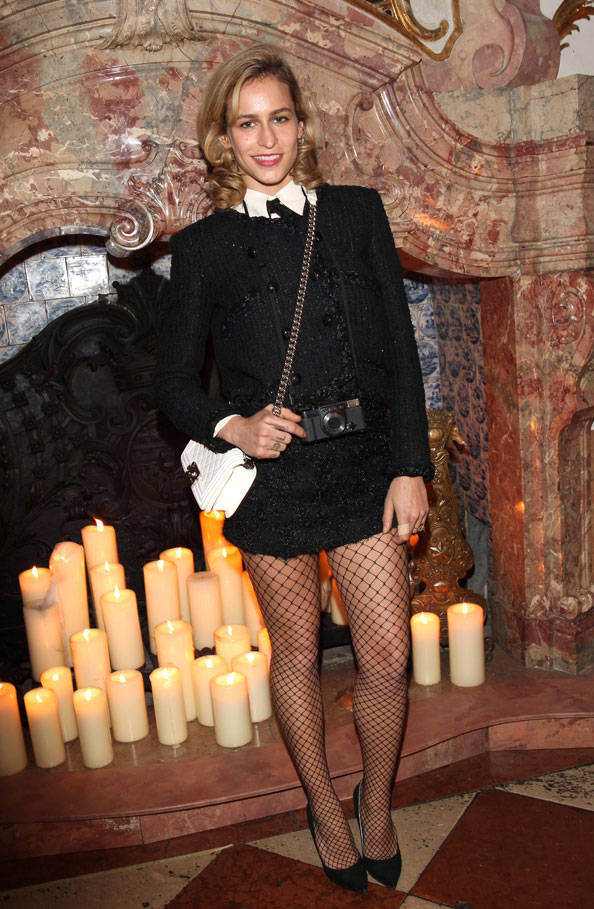 Our favourite pieces from the Chanel’s Métiers d’Art collection: 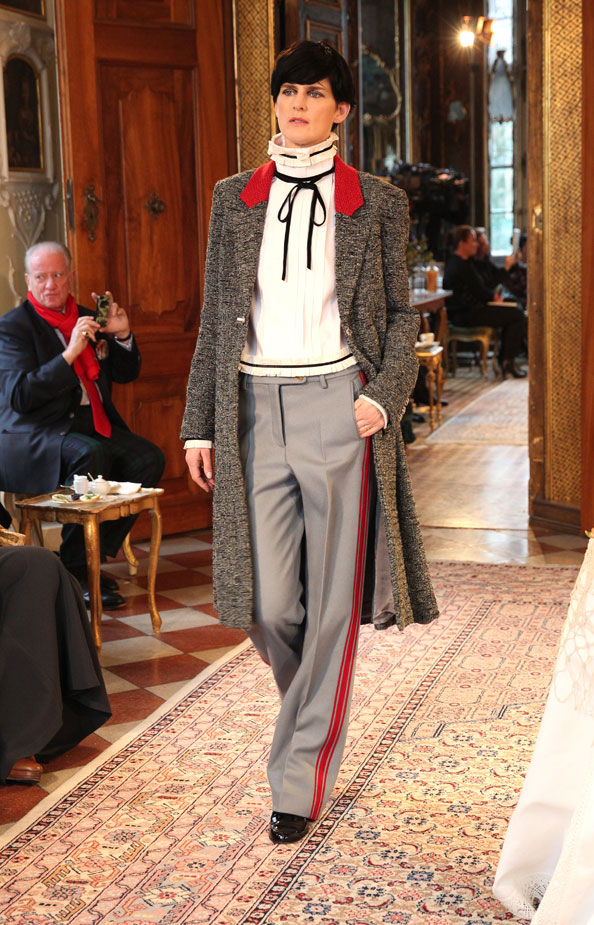 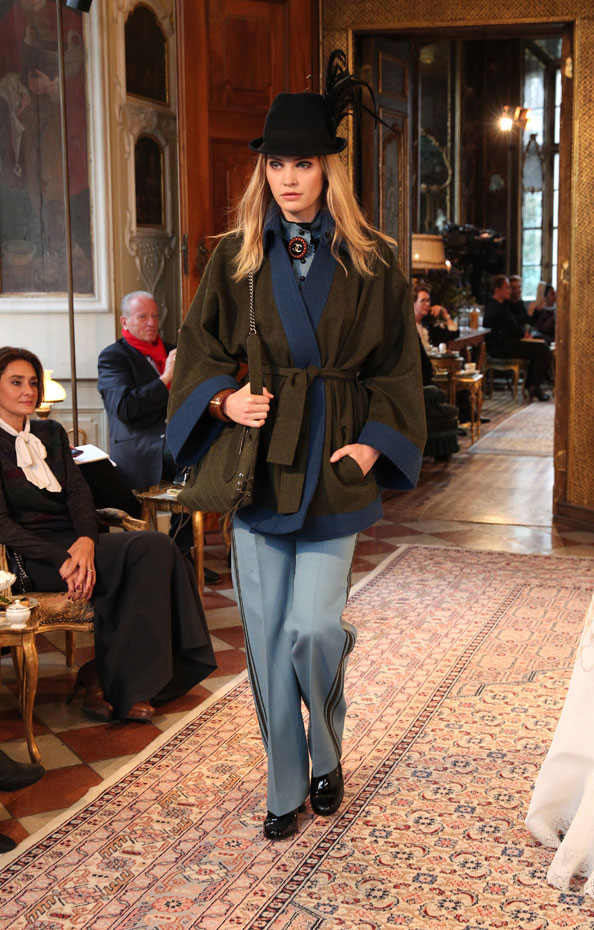 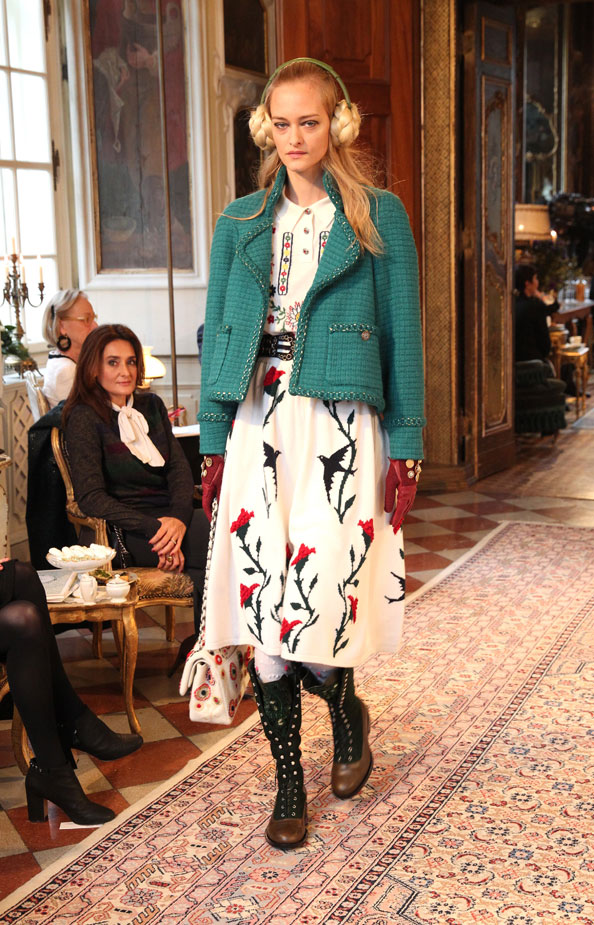 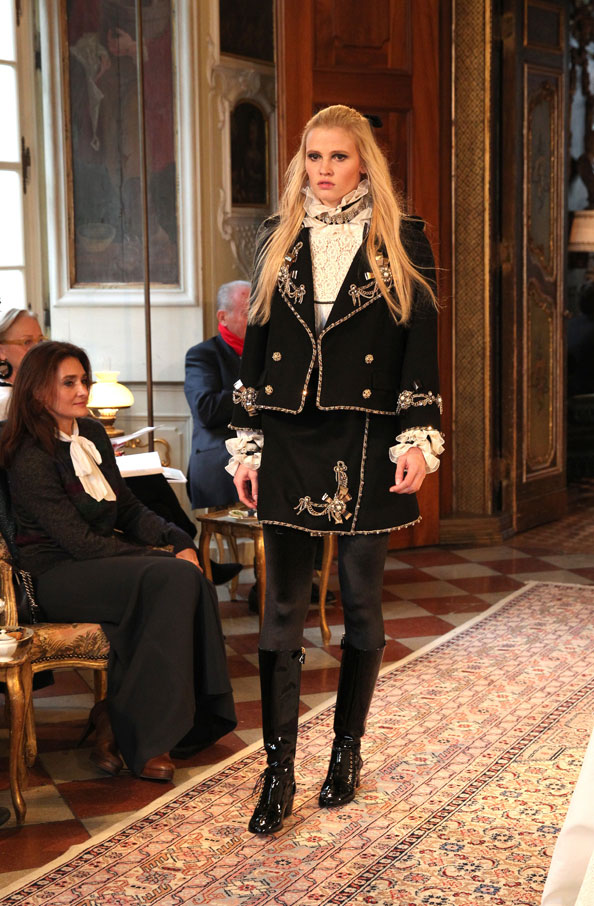