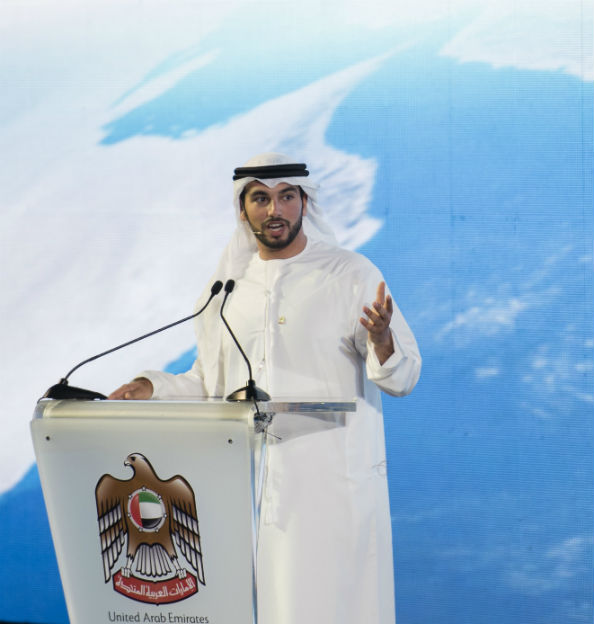 Saeed Al Gergawi is a man on a mission, the Emirates Mars Mission (EMM) and their strategic planning team to be exact.

To put the mission into layman’s terms, the Emirates Mars Mission plans to launch a probe to the red planet in 2020, seeing it in orbit around Mars by 2021. The probe will be tucked neatly into the nose cone of the rocket, which will travel around 60 million kilometres until reaching its destination.

The goal? To search for connections between today’s Martian weather and the planet’s ancient climate. The probe will then collect and send back over 1000 gigabytes of data for the scientists on Earth to analyse.

Originally a science, tech and futurology columnist, Saeed Al Gergawi was headhunted by the EMM’s project manager, Omran Sharaf. Gergawi is now the main man behind educating the public on space science and technology, hosting workshops as well as creating content and kits that can be used by schools in an effort to inspire the younger generation.

Naturally, I had a lot of questions for Gergawi. To my small brain, space is absolutely mind-boggling, and the idea that Mars probes were being launched from right here in our back yard was quite frankly, awesome. 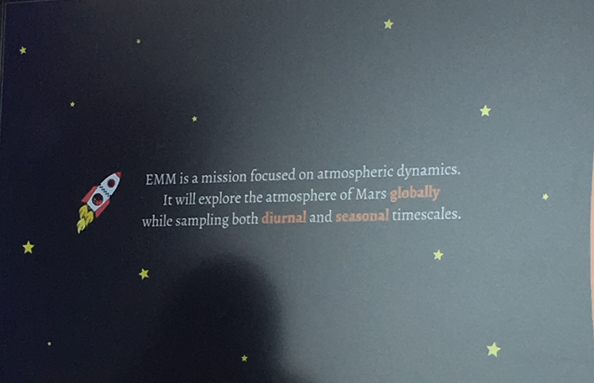 Since my personal library of space-jargon is limited I started simple, asking him whether he was always interested in ventures into space.

“Actually, no. I disliked science and maths during my school years, and dreaded such subjects,” he answered, rather surprisingly. “Space was not in the picture. But after my first year of college, I was playing a space-themed video game and something just clicked with me. I started asking if what I was seeing in the game was achievable in real life, and then after that I researched away and it brought me to where I am today.”

When asked about the driving reasons behind the UAE’s sudden interest in space, Gergawi reiterated a statement he’d overheard saying: “The government of the UAE wants to establish a sustainable and inspiring science and technology sector… so why not venture to Mars?!”

A very ‘Dubai’ way of looking at it – why not indeed? Why not build another Burj Khalifa on Mars while you’re at it? In all fairness though, the Emirates Mars Mission does keep in line with Dubai’s aim to become a ‘knowledge-based economy’.

I dabble in space stuff, but I’m not entirely space savvy – I’ve never even been there. I’m more of a staycation kind of guy. So I flaunted my lack of space knowledge when I questioned Gergawi about the EMM probe, and what it would accomplish that hadn’t already been done by the Mars Rovers and various other satellites.

“EMM’s Hope spacecraft will study both the upper and lower atmospheres of Mars, and the relationship between the two layers, which has never been done before. Previous missions are highly specialised on specific aspects of Mars, and tend to study Mars at either particular times, or particular locations, which unfortunately doesn’t give a complete picture.”

I asked about his YouTube channel, The AlMisbar Show, of which he is the cofounder.

“With AlMisbar, our aim is to simplify and place science and technology within the grasps of the Arabic speaking world. We aim for AlMisbar to be a tool for students and teach to use and take advantage of.” 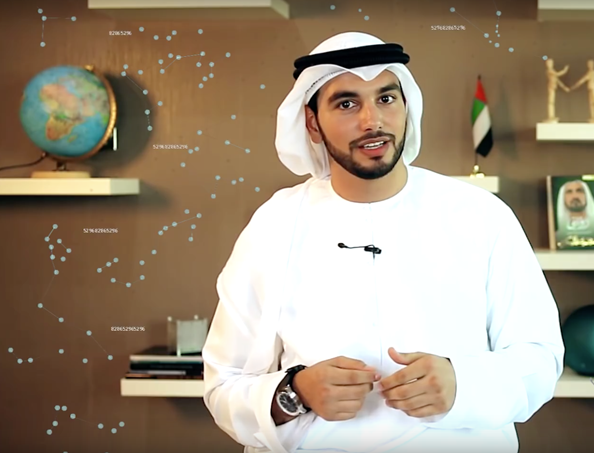 When asking Gergawi about the perks that come with his job, I’d be lying if I said I didn’t want to hear that Gergawi and the gang spend their spare time mucking about in g-force simulators, or playing tag in a secret zero-gravity chamber, but he responded with: “There are many perks to my job, however the best perk is the fact that I can work with young, brilliant, good-natured, highly motivated and selfless teams that truly believe in the message of the EMM.”

Every job has its downsides though, so I followed up by asking Gergawi about the challenges he faces:

“The biggest challenge that we face is time. Such missions usually take 10-12 years from design to completion, and we have five! This means we have to stay on target constantly, and stay on track with the mission’s milestones.”

There’s one thing for certain – the team behind the Emirates Mars Mission are committed. Not only is Gergawi dedicated to the Mission, he’s genuinely passionate about science and technology in general.