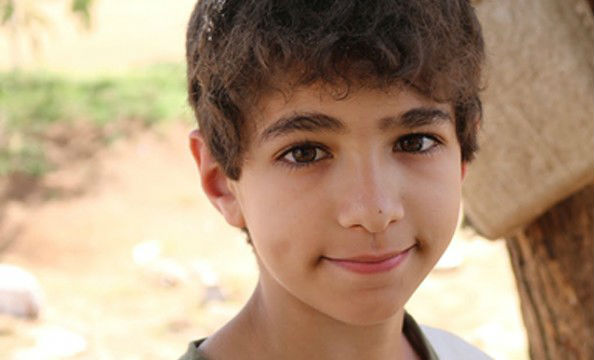 Mohamed Abid is only 13 years old, and is already penning himself a path into the literary world. In the past year, the Canadian-Algerian youngster has written three plays, and is currently in the process of writing a screenplay.

However, it doesn’t stop there. Mohamed Abid’s passion for theatre has seen him star in three musicals, as well as being the main role in the short film The Wonderful Tale of Badr and The Great Najooma, which was featured at the Dubai International Film Festival and entered in both the Cannes and Toronto film festivals.

Not a bad resume for someone yet to hit high school. I spent more time watching wrestling and playing video games than doing anything remotely academic.

So what drives an adolescent boy to put aside the many frivolities of youth to pursue a more educational path? When asked about his literary influences, he mentioned Alex Broun, a playwright known for his style of 10-minute plays.

“Because of him, I usually try to make my plays 10-minutes long” he says, while revealing the influence behind his three plays. “The first [play I wrote] is a fantasy about a boy who discovers magic in a forest, the second [play] is about a teenager who spends the summer with his mysterious grandma, and the third is about a chaotic class with a crazy new teacher. I have also written a screenplay about a man, who is left stranded in the desert,” he explains, before adding, “I like to take funny scenarios that occur in real life and develop them into plays.”

If these stories were drawn from Abid’s real life, then I’d pay good money to meet the boy from his first play, who stumbles across a magical forest.

Related Story: What To Know About The New Mohammed Bin Rashid Library

Abid only started to take playwriting seriously when he took a playwriting workshop in January 2015, and is now working towards his dream of having his plays performed in front of people.

With regards to balancing writing, acting, school and teen life, Abid reveals it all down to time management and discipline. When he’s free, he writes. However, if there’s an exam coming up, or he’s hanging out with friends – he leaves it for later. The writing process can take anywhere from four to 10 weeks, and to Abid, the best time to write is with a free mind.

Abid’s parents are undeniably proud, and he stresses how they support him immensely, helping him out despite the large amount of work that goes into organising the cast and performances.

To other aspiring young writers, Abid says this: “Don’t give up even when your writing isn’t going well. Take a good idea and make it great. The hardest part about the writing process is not giving up even when everything goes wrong. Sometimes you will create bad characters, atrocious plots, and dull plays. A good writer must overcome the challenges and not give up on their idea.”

As far as Abid’s career goes though, he seems to be on the fast-track to joining the ever-growing list of famous young writers, up there with the likes of Alexander Pope and Helen Keller. Minus the deafness and blindness, of course.

Mohamed Abid will be taking part in the Emirates Airline Festival of Literature. Visit the site for more information.