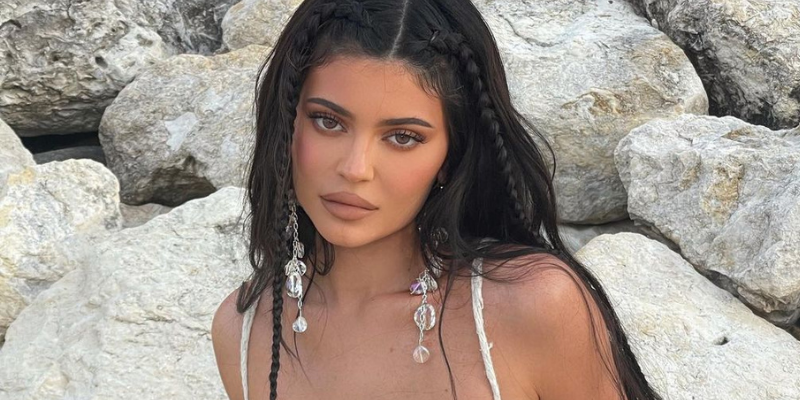 She fooled us once when it came to her pregnancy, but the internet isn’t about to let Kylie Jenner get away with it a second time.

Eagle-eyed fans have been keeping tabs on the billionaire beauty mogul and many are convinced she’s pregnant with her second child with boyfriend Travis Scott. The couple already have a daughter Stormi together.

Why you ask? Well, it’s apparently down to her nail polish…

A slew of TikTok users have pointed out that there are some discrepancies in Kylie’s posts from her 24th birthday.

While the beauty entrepreneur posted a photo of herself in a green dress holding a glass of champagne, a huge clue that it was, in fact, an old photo was due to her nail colour. Kylie was sporting a light pink nail colour, the same she had a month prior.

However, photos posted from the night of her birthday, which were shared by her elder sister Kim Kardashian, Kylie was seen with multicoloured nails.

Many also pointed out it didn’t seem like Kylie had the “normal” Kylie Jenner birthday celebrations. In the past, we’ve seen the 24-year-old post an array of birthday pictures from multiple-day celebrations, some of which have even been abroad.

However, this year no photos at all were posted of Kylie on her birthday, just a few Instagram stories shared by her sisters and friends.

It’s hard to be sure either way, but if it’s one thing Kylie is good at doing, it’s keeping a pregnancy secret.