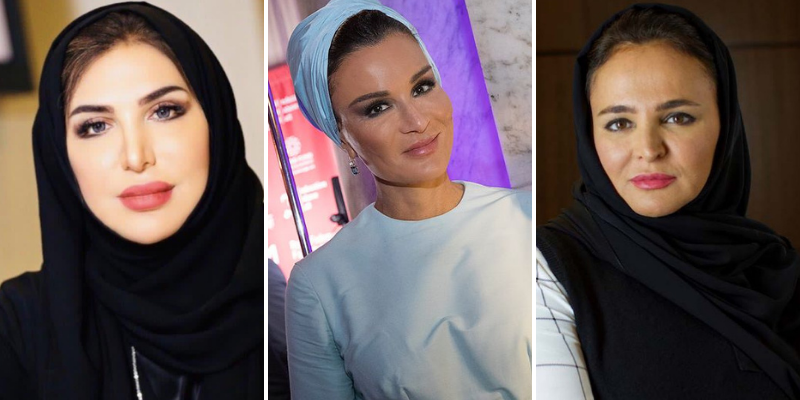 As a number of proven initiatives have been spearheaded by women, there has been a significant increase in the rate of female entrepreneurs in Qatar who continue to inspire everyone around the globe with their vision and have made a mark in society.

Also read: 9 inspiring Saudi women who have made an impact on the world

Regarded as one of the most prominent female figures in Qatar, Her Highness Sheikha Moza bint Nasser Al Thani has been actively involved in many endeavours to help social issues and education in the country. She spearheaded Education City in Qatar which was built in 1997 under her leadership of the Qatar Foundation as chairperson. She is also the chairperson of the Education Above All Foundation and chairperson, founder of the Qatar Social Work organisation and a United Nations Sustainable Development Goals advocate. She also is a major advocate for emerging fashion designers in the Arab region as the Honorary Chair of Fashion Trust Arabia, which launched in September 2018 under her patronage.

Known as one of the most successful Qatari women, Sheikha Hanadi is Founder & CEO of AL Waab City Real Estate development project, Vice Chairman of Nasser Bin Khaled Al-Thani & Sons Group and Founding Chairperson Q-Auto, the founding Chairperson of INJAZ Qatar. As a successful businesswoman and philanthropist, she is a prominent figure in the business world.

Buthaina Al Ansari is one of Qatar’s leading businesswomen and the founder of Tamkeen Training and Consulting Solutions, which facilitates the advancement of Qatari women in the workforce within three main segments of training, development, business and consultancy. Al Ansari is also a member of the MENA business women’s networks, a board member of Qatar business women’s association and a mentor at the Qatar professional women’s network circle.

The chief executive of the Qatar Business Incubation Centre which is the largest mixed-use business incubator in the Middle East, and also the founding member of the Roudha Centre, which promotes women’s entrepreneurship and innovation, Aysha Al-Mudahka has specialised in reinventing business in emerging markets.

While being a part a medical research initiative known as Qatar Biobank, Her Excellency Dr. Hanan Al Kuwari has been recognised as managing director of Hamad Medical Corporation, which is regarded as Qatar’s largest public hospital. Over the year it has been transformed into a major academic medical centre, she also assumed her position in the government in 2016.

Dana Al Fardan is Qatar’s only female contemporary composer. She is also a songwriter and symphonic artist, drawing on her rich cultural heritage and influenced by her love of world music. Her work is a blend of Arab-influenced contemporary classical, epic in scale and universally accessible. She made her debut on London’s West End in 2019 and has also been appointed the official composer for Qatar Airways.

The young Qatari fashion designer founded her eponymous clothing brand in 2018, with monochromatic elements as a key focus. She’s an independent businesswoman who’s created fresh unique contemporary pieces, which are sold on an exclusive basis as she never stops to reinvent herself.

While championing gender equality and female empowerment in the region, Nayla Al Thani is an inspirational Qatari woman in the field of education, as she progressed in a career of teaching with the assistance of Teach for Qatar NGO and has overcome the challenges in the region. By spearheading a new era of thinking positioning women in society, she is truly inspiring the future generations of tomorrow.

While building an exciting creative future for Qatar through her work at Qatar museums, Sheikha Al Mayassa has amplified the nation’s cultural institutions and heritage sites, by creating a local first outlook as Qatar continues to expand its creative horizon through local and regional artists. Sheikha Al Mayassa founded the Doha Film Institute in 2010. It is dedicated to film appreciation, financing and education. It aims to build a dynamic film industry in Qatar and nurtures regional storytellers. She is also co-chair of Fashion Trust Arabia.