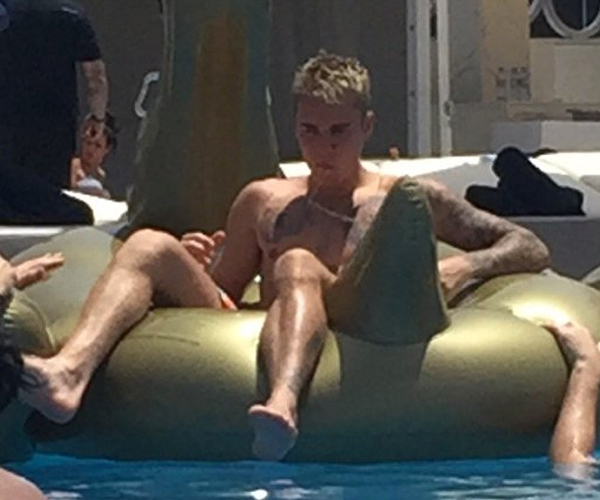 Outdoor footy, slick hotel suites and so many parties… Justin Bieber might be feeling Sorry for himself after such a jam-packed few days in Dubai.

The pop star jetted into the emirate over the weekend to perform at the Autism Rocks Arena on Saturday, where he took to the stage at a rather prompt 8.05pm. (His last gig in the UAE, back in 2013, saw him arrive a whopping two hours late).

But the 23-year-old wasn’t just here to please the crowds – he also managed to pack in a raft of activities during his whistlestop visit.

And there was one place he frequented more than most, making three visits to a particular poolside destination in quick succession.

The place in question? None other than Zero Gravity. 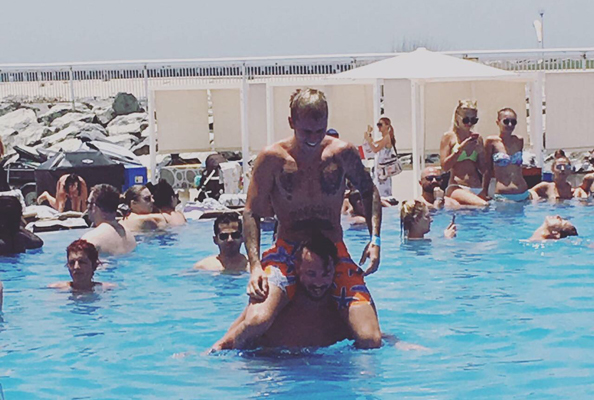 He even crashed Zero Gravity’s ladies’ day on Tuesday, where he mingled with fans, splashed around in the pool, and even lazed on a giant inflatable swan before departing Dubai for Mumbai, where he’s next performing.

What else did the Biebs get up to?

The Baby crooner saddled up a camel for an early-morning desert trek, where he was pictured quenching his thirst in the sun.

Bieber didn’t just hop on a camel either – he also straddled a quad bike to take on the sand dunes at speed:

As well as some traditional culture, the star also made time for shopping, visiting the just-opened Apple Store in The Dubai Mall.

(4) Photo of #JustinBieber spotted out in Dubai today. (May 8)

Read:
OMG: Ed Sheeran Is Coming To Dubai For A One-Night-Only Show
Four Of The Best Beach Clubs In Dubai You Need To Try This Month

The Sorry singer also shared a few Instagram snaps from his Dubai trip, which included a visit to the beach and a spot of football at the Habtoor Grand.

A kickabout while the summer heat kicks in? He’s braver than us.

Bieber also made the rounds of the city’s clubs, dropping in at XL and White Dubai within 24 hours.

And where does a celeb of such fame stay while in the emirate?

Why, the Royal Suite in the Burj al Arab of course.

Bieber shared a clip of himself dancing on the leopard-carpeted stairs of the seven-star Jumeirah hotel’s top accommodation, which has garnered more than 9 million views in just one day.

We’d be dancing too if we’d scored a night in that suite (though looking a lot less chill about it).

Did you see the Biebs in concert? Share your thoughts in the comments…