In pics: Looking back through the archives of King Charles’ personal style 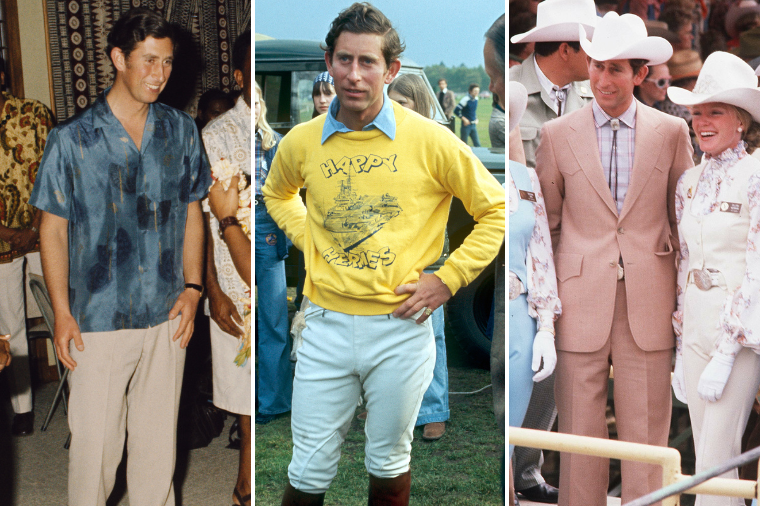 When thinking of style Icons, King Charles III is probably not the first name that comes to mind, however, he definitely has had quite a history of notable style credentials.

From his early youth wearing safari suites on state visits to his Hermès sweater and white jeans for Windsor polo matches, the former Prince of Wales was certainly a male fashion icon during his bygone era.

Throughout the years, the monarch’s personal style has developed into an impeccable wardrobe of tailoring with the likes of dapper double-breasted jackets, perfectly pressed shirts and blazers from the likes of Gieves & Hawkes and Turnbull & Asser London and his shoes are handmade by shoemakers Crockett & Jones in variations of Oxfords and Penny loafers. King Charles also pays careful attention to the small details, never seen without cufflinks, ties and pocket squares.

With the premiere of The Crown season five, which is set to focus heavily on King Charles’ failing marriage to the late Princess Diana, we look back at the monarch’s most notable style moments from his bygone era. 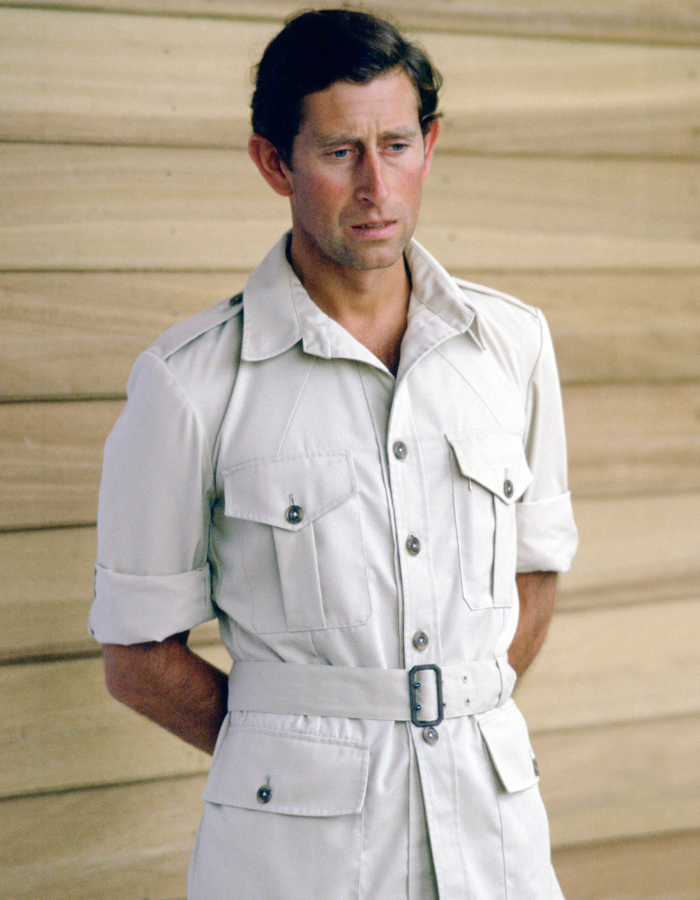 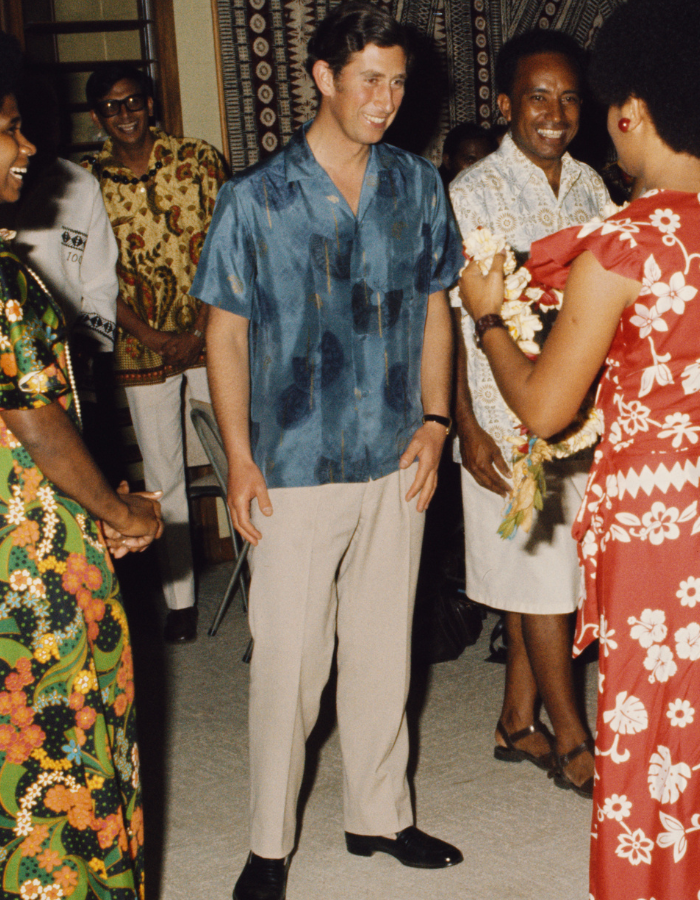 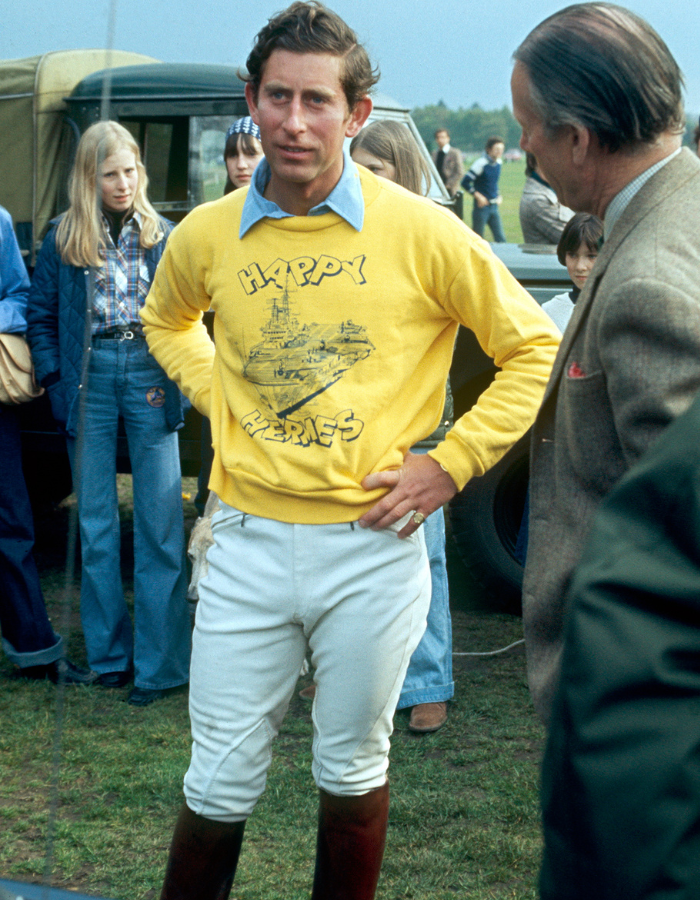 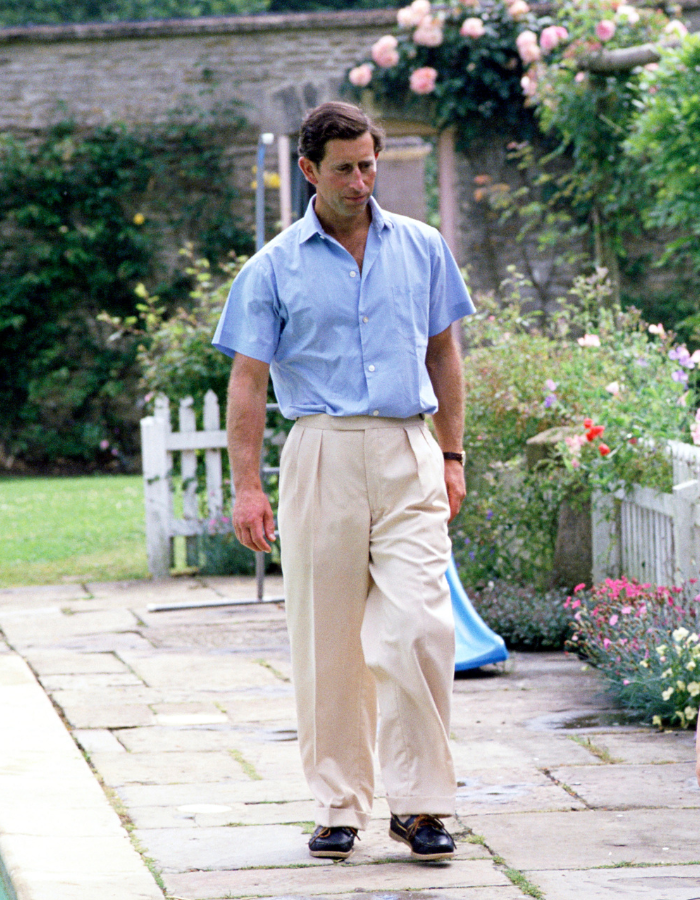 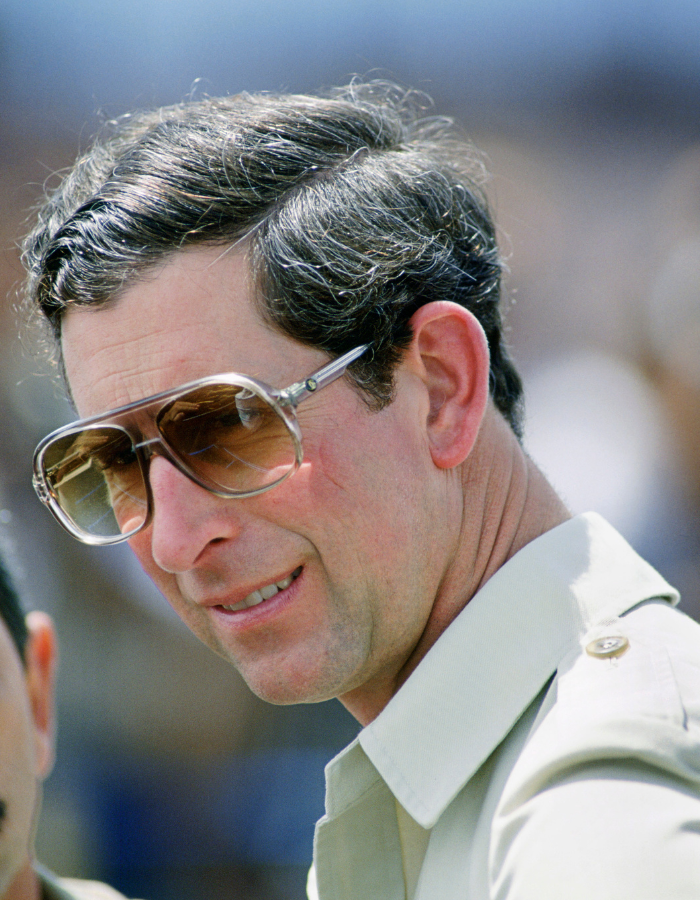 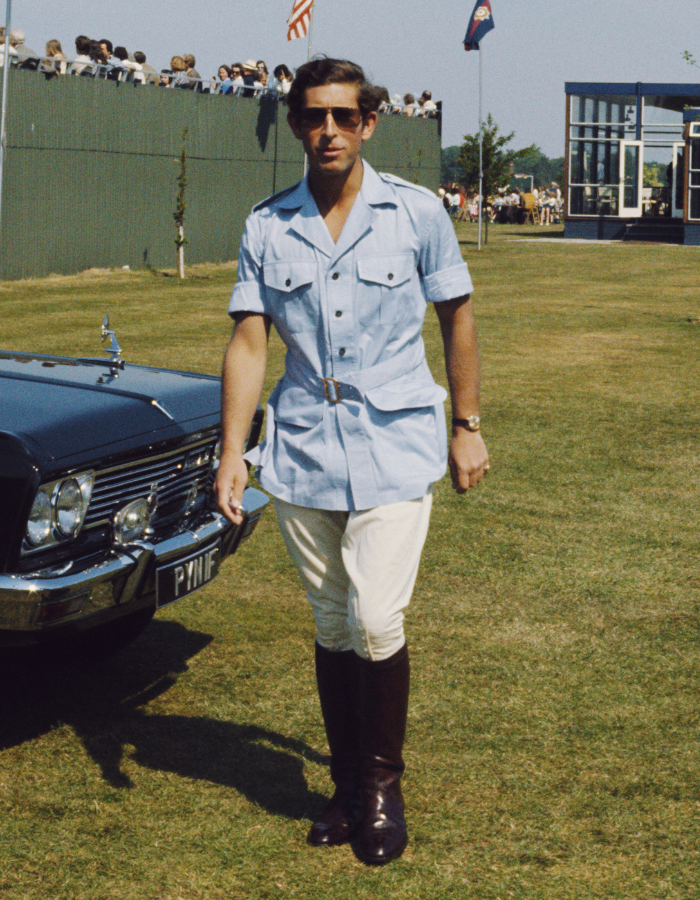 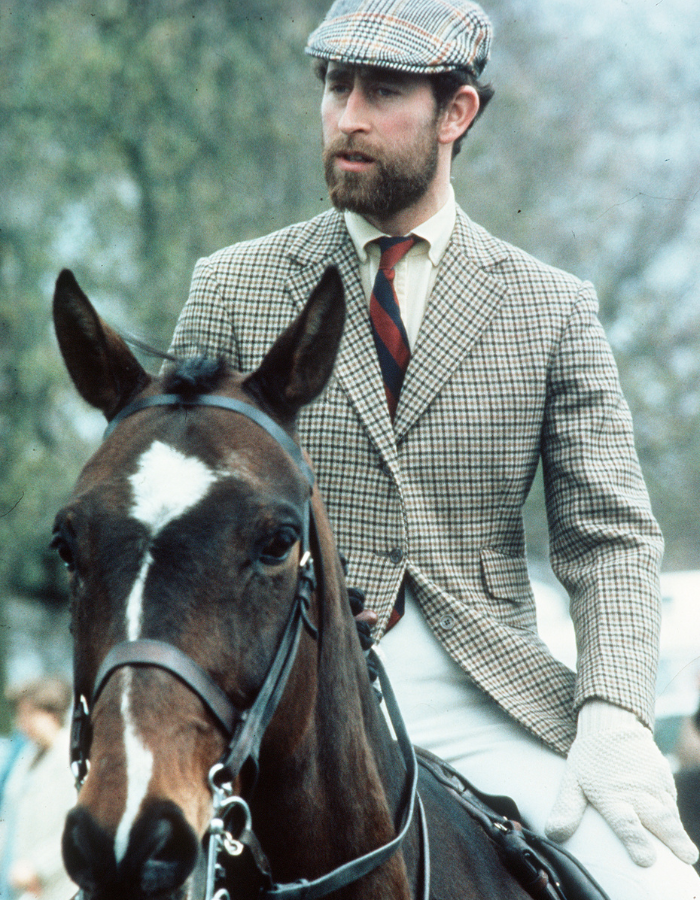 The then Prince of Wales wears a safari suit in Papua New Guinea in 1984.

A young King Charles wears a relaxed silhouette with printed shirt that wouldn't look out of place today.

King Charles looking cool in a Hermès sweater and white jeans at a Polo match in Windsor.

The now monarch keeping it casual in a crisp blue shirt and tailored pants at home in Highgrove in 1986.

If anyone can pull vintage '70s looking shades off it's a king.

His Majesty is seen sporting a Western style suit and hat for a tour of Canada in the late '70s.

Attending a polo match in 1974, the then Prince Charles wears a tailored blue shirt with oversized collar. The summer shades personify the look.

King Charles rides the acres of Badminton, England dressed in a dapper tweed blazer and hat, sporting a naval beard.