It’s Official, Dinosaurs Will Be Roaming Dubai On This Date 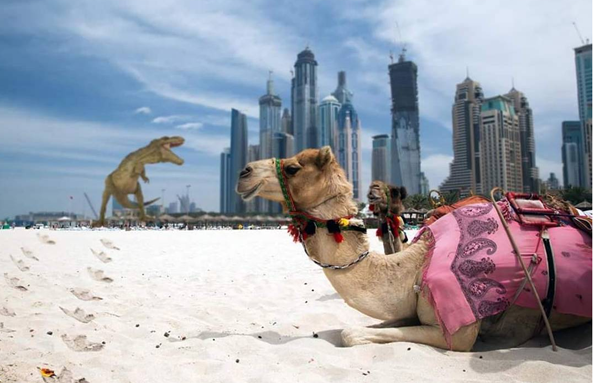 It seems the UAE has gone into a theme-park frenzy. Even more so after IMG Worlds Of Adventure revealed their new opening date – drum roll please… the park is set to open its doors on Monday, August 31

Tickets to the mega-theme park which will have roaming dinosaurs are already on sale. The eager among you may have already purchased tickets for August 15, the original opening date for  IMG Worlds Of Adventure. If this is you then you can get the date of your ticket changed by emailing guestrelations@imgworlds.com.

IMG Worlds of Adventure however will be the world’s largest temperature-controlled indoor theme park, located along Sheikh Mohammed Bin Zayed Road in Dubailand –  about a 20-minute drive from Downtown Dubai.

Covering an area of more than 1.5 million square feet, the park will be split up into four ‘adventure zones’, including a Cartoon Network section, MARVEL, as well as Lost Valley – Dinosaur Adventure and IMG Boulevard, the entrance section filled with retail, restaurants and street performers.

Aside from all the roller coasters, thrill rides and attractions, IMG Worlds of Adventure will also play home to a number of retail stores, exclusive dining venues and a 12-screen Novo cinema.

You may remember IMG Worlds of Adventure’s awesome marketing campaign for their Lost Valley – Dinosaur Adventure zone, when they let a bunch of their dinosaurs loose in the city. Some people even thought they were real.

They weren’t, and we didn’t need Chris Pratt to tell us that, but they were pretty convincing.

Ticket prices for the park will cost Dhs300 for adults and will give you access to the park’s four zones.

As far as rides go though, here’s what you need to be excited for:

Unveiled at the Middle East Film and Comic Con, the Avengers Battle of Ultron ride will involve cutting-edge 3D with a realistic physical set as well as explosive special effects. Guests will join Iron Man, Thor, Black Widow, Hawkeye, Captain America and the Hulk as they take the Quinjet to go and battle the evil Ultron.

The 100-seater Hulk Epsilon Base 3D ride will blend 360-degree projection screens and motion, in order to make the riders feel as if they’re playing through a battle scene. 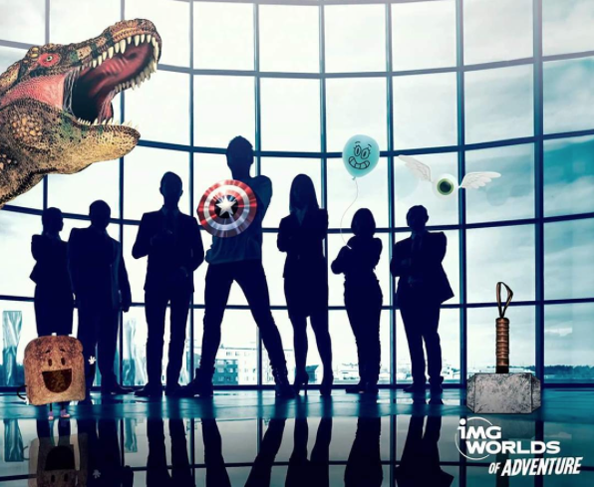 This 400-metre long spinning Spiderman coaster propels you through the New York skyline, alongside Spiderman himself as you fight to save the city from Doctor Octopus.

This ‘top-spinning’ ride pins guests to their seat as Thor attempts to rescue them from the clutches of Loki.

Avengers Flight of the Quinjets

This attraction allows riders to take control of their own two-seater pod and join an interactive flying race.

Read: New Couple? Where To Go & What To Do

An adrenaline junkie’s dream, the Predator features the sharpest ‘drop track’ in the region, with a serious vertical plummet involved. 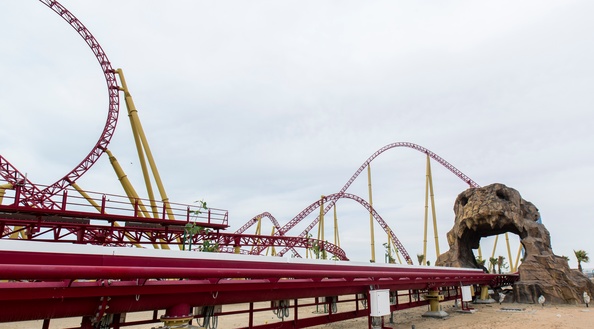 One for the speed demons, the Velociraptor hits speeds of up the 100 kilometres per hour in 2.5 seconds, making it the fastest (and also tallest) coaster in Dubai – taking you from the jungles of the Lost Valley, out into the desert and back.

A deep jungle safari ride through the Forbidden Territory, with over 70 prehistoric, life-sized animatronic dinosaurs all around. 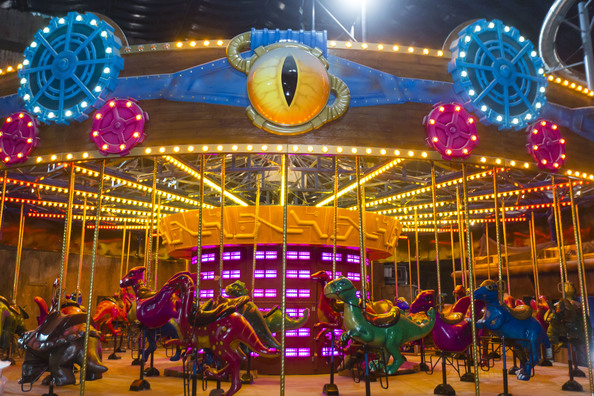 Here you’ll find some of the friendlier inhabitants of the Lost Valley in a dinosaur-themed carousel. This hand-carved dinosaur carousel is also the first in the world.

Something a bit more active, the Adventure Fortress offers up a range of obstacles and physical challenges including ladders, tunnels, slides, bridges, nets and climbing adventures. 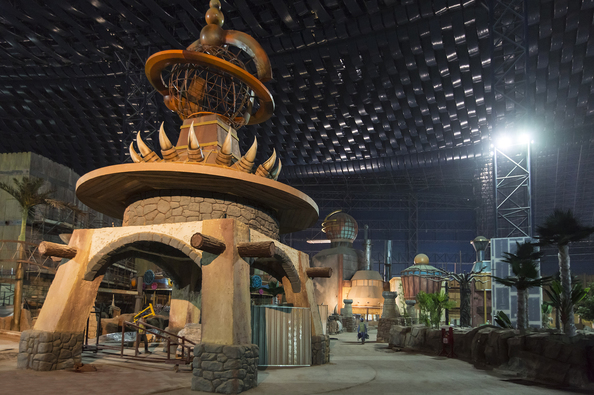 Get immersed in a real-life battle scene with Ben and Rook inside a 5D multi-sensory theatre.

Adventure Time – The Ride of OOO with Finn and Jake

An overhead scenic ride around the park which takes guests through the retail and immersive themed food and beverage outlets in the land of OOO.

The Amazing Ride of Gumball

Visit the town of Elmore where Gumball and Darwin’s science project has spun out of control. Zap the objects that have come to life and save the town from being taken over.

Explore a rope and ladder adventure in the LazyTown playground, or head around the corner to enjoy the live stage performances with Stephanie and the Dance School while they explore Robbie Rotten’s lair. 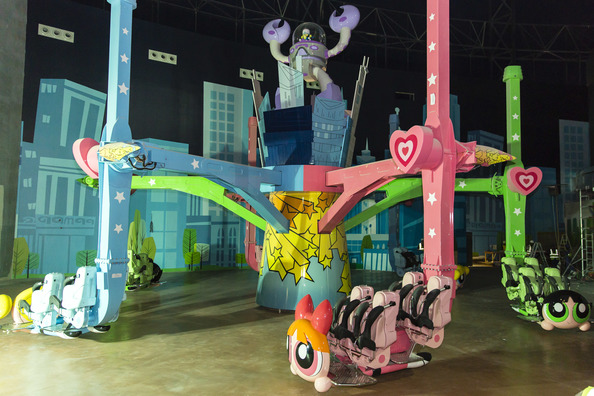 Ride along with Bubbles, Buttercup and Blossom as they fight Mojo Jojo’s evil robot creation that is threatening the city.

After stumping up Dhs300 for a ticket to IMG Worlds Of Adventure theme park, we’re sure you will want to tuck into the many food and beverage options.

There will be 16 stand alone restaurants and 12 kiosks in the park. The park will have 32 chefs who will be making the food on-site, making sure it’s as fresh as possible.

Here’s a list of some of the restaurants you can expect to eat at: Tony’s Skydeck (the seafood and steak fine dining restaurant will be the park’s flagship restaurant); Downtown Shwarma; Chang’s; CN Feast and Samosa House.

For more information on the theme park, visit imgwoa.ae