'I couldn't manage my work without them': Sheikh Mohammed's ode to Emirati women

“Can a society take any step forward without its better half?” asks the royal on Emirati Women’s Day.

From appointing female ministers to forming the UAE’s Gender Balance Council, HH Sheikh Mohammed bin Rashid Al Maktoum has been dedicated to empowering the women of the nation in recent years.

And now, on the third annual Emirati Women’s Day, the ruler of Dubai and the Vice-President and Prime Minister of the UAE has shared an open letter showing his appreciation of their commitment, dedication and passion.

The royal, who said on Twitter ahead of the occasion that “women make our nation complete”, posted an excerpt from his book, Flashes of Thought, on his LinkedIn page to honour the day.

In the extract, Sheikh Mohammed revealed the UAE has “moved beyond the phase of empowering women”.

Read:
10 Emirati women shaping the future of the UAE
Princess Haya opened up the family album over the weekend

Revealing that almost 70 per cent of the Emirates’ university graduates are women, Sheikh Mohammed pondered if that could be why the UAE is “the top country in the region for gender equality, according to international reports”.

“Over 65 per cent of UAE government employees are women; over 30 per cent of leadership positions are held by women,” the ruler said.

“I personally could not manage my daily work without women, since 85 per cent of my personal team are Emirati women. I have said it loud and clear: Beware, men, lest women deprive you of all the leadership positions in the country.” 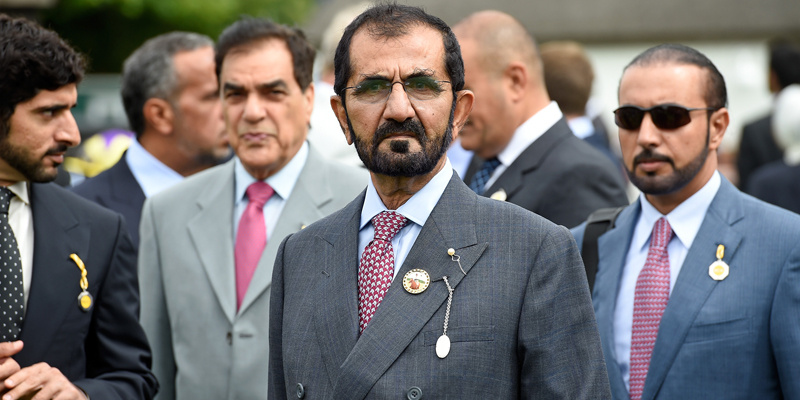 Business aside, Sheikh Mohammed also shared his belied that Emirati women “are the soul and spirit of the country”.

“A woman has strong feelings, a kind heart, a sharp mind, high ambitions and a refreshing perspective. Women are much more central to Emirati life and to the fabric of our society than many people think,” he wrote.

“Can a person live without a mother or a sister? Can a house overflow with tenderness without a daughter of a wife? Can a society take any step forward without its better half?”

Stating that a “woman who raises great leaders is herself a great leader”, Sheikh Mohammed also touched in his decision to include women in the boards of directors of all companies and government bodies in the country.

“We would never have become what we are today, were it not for the contribution of our loyal, confident and ambitious sisters who are in constant pursuit of excellence and progress, armed with strong will and determination.”

The ruler’s tribute on Instagram was shared by HRH Princess Haya and Crown Prince of Dubai, Sheikh Hamdan, to mark the August 28 occasion.

HH Sheikh Mohammed bin Zayed Al Nahyan, Crown Prince of Abu Dhabi, also posted an ode to Emirati women, writing on Twitter: “Women are the heart of the nation and integral to its progress.

“They’re capable and empowered leaders who can take our nation to new heights.”

To read Sheikh Mohammed bin Rashid’s post in full, click here, or check out our list of the 10 Emirati women shaping the future of the UAE in celebration of the day.