Hurrah! You Can Finally Use A Hijab Emoji On Twitter 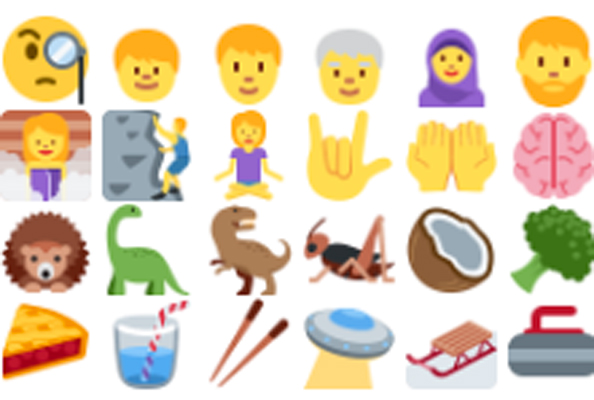 However there is a small catch (for the time being)…

We did a little jump for joy when we found out last year that a hijabi emoji would be added to keyboards … and now we can finally use it.

Twitter has just added 69 brand-new emoji to its roster, an employee for the social media platform announced on Wednesday.

Among them is a woman in a headscarf, a woman breastfeeding, a pretzel and dinosaurs, designer Bryan Haggerty revealed.

Read:
Yes, We’re Finally Getting A Hijab Emoji Next Year
We Can’t Wait To Use These Super-Cool Middle Eastern Emojis

The Emoji 5.0 lineup also includes a more diverse range of skin tones, Emojipedia confirmed, adding that “in total there are 239 new emoji included in this release” (when you take updates and small changes into account).

However there is one small set-back – for the time being, anyhow – with some of the icons not supported on iOS, macOS, Windows and Android devices just yet, as these apps use native emoji.

Some of the characters need Unicode 10.0 to work, which will be added to Apple and Android platforms in updates later this year, Wired reports.

However those using Twitter on desktop will be able to use and view all of the new icons.

Read:
Muslim Blogger Creates A Range Of Hijabs For Every Skin Tone
Kanye West Cast This Barrier-Breaking Hijabi Model In His NYFW Show

“Apple is expected to offer support for the new emoji in its upcoming iOS 11 software update, while those with access to the Android O developer preview should be able to see the emoji already,” the tech magazine said.

Why we’re getting the hijab emoji (finally)

A campaign to introduce the icon found success last year, after the Unicode Consortium, the non-profit responsible for developing new emoji, approved the idea.

“Women all across the globe choose to wear the headscarf because of its evident indication of their faith and identity. However, the hijab stretches much further than a piece of cloth on your head. It also influences the way you talk, the way you act and ultimately, your lifestyle. To say it’s an integral aspect of women’s lives is an understatement,” Alhumedhi wrote in her pitch to the Consortium.

“The addition of the hijab emoji will prove to be a step forward in tolerance and diversity. It is distinctive and holds a lot of spiritual meaning to millions of women across the globe, recognising its importance will ultimately showcase great appreciation from the Muslim community.”