Superstar Footballers Fasting During Ramadan. How Will It Affect The Euros? 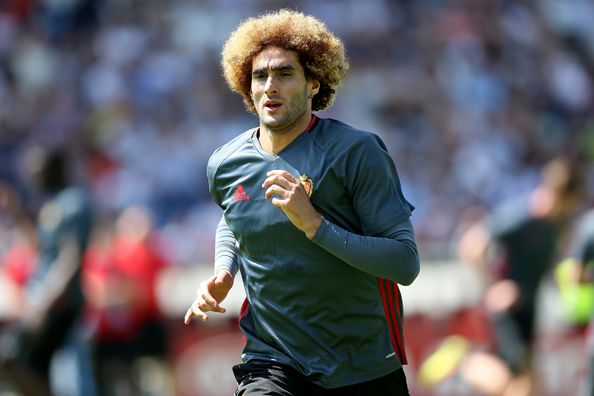 It is no surprise athletes often suffer restless evenings in the build-up to the start of a major tournament. Yet at this month’s European Championships in France, a sleepless night will be all but inevitable for some, given the competition coincides with the fasting obligations associated with Ramadan.

With the European Championships kicking off on June 10 (four days after the start of the Holy Month of Ramadan), the four-week football will be prove a bigger challenge to the players who will be fasting.

Balancing professional preparations with religious obligations is nothing new to Muslim footballers, but it requires them to make a decision based on faith: fast now or postpone until later? While some players will elect to observe their duties throughout the month, including on match days, Islam allows for exceptions, be it for health reasons or for those who are travelling.

Should players decide to respect their obligations during Ramadan, factors that will require close monitoring include rehydration and avoiding nutritional and energy deficiency, according to a medical research paper published in 2013 by Aspetar, the Qatar Orthopaedic And Sports Medicine Hospital.

The easier option would undoubtedly be for footballers to defer their religious commitments until their professional commitments are complete. The Quran allows for such an approach and at the London Olympics in 2012, the UAE football team was granted an exemption by the country’s highest religious body.

A high-intensity, four-week tournament such as a World Cup or European Championships provides a challenge to players and medical staff alike. Were Ramadan to fall during the regular football season, coaches and medical teams could monitor it better because clubs tend to play only once per week, allowing for fasting for four or five days. At a big tournament though, not only are the games scheduled closer together, but the matches might go to extra time and penalties.

Read: An Introduction to The Meaning Of Ramadan

“If you are at a Premier League team with a couple of Muslim players, the coach might say, ‘OK, let’s give these players a rest for these few games and we will use them more later in the season.’ But in a knock-out tournament you need your best players for every game,” says Nick Worth, a sports physiotherapist who has spent the majority of his career working in the English Premier League.

Pressure on Muslim players to forego their faith for the benefit of their team has been documented in the past. In 2009, Inter Milan coach Jose Mourinho substituted Sulley Muntari after only half an hour saying the Ghanaian Muslim “had some problems related to Ramadan”.

Understanding and tolerance in Europe has improved a lot in recent years, says Worth, who worked with Oman goalkeeper Ali Al Habsi while at Bolton and Wigan. It was, however, during three years as a medical director with Al Jazira in Abu Dhabi that he observed the benefits Muslim players in the Middle East experience when fasting. With temptations removed by day and training rescheduled until night, the players are able to rest during daylight, take iftar at sunset and train from 11pm until 1am or 2am, before replenishing fluids and energy levels in a monitored environment.

The likes of Belgium trio Mousa Dembele, Adnan Januzaj and Marouane Fellaini, should they elect to fast during Ramadan, will likely take several smaller meals throughout the night rather than one large meal. Breakfast cereals, as well as a balanced meal of chicken, potatoes and vegetables, would likely figure on the Muslim players’ menus; foods that will be easily absorbed and provide energy throughout the day.

With Eid Al Fitr expected to coincide with the second semi-final at the European Championships, should any team featuring Muslim players reach the final, the fasting period will already be finished – meaning any footballer enduring a sleepless night on the evening of July 9 will likely be suffering from nothing more than good old-fashioned athlete anxiety. 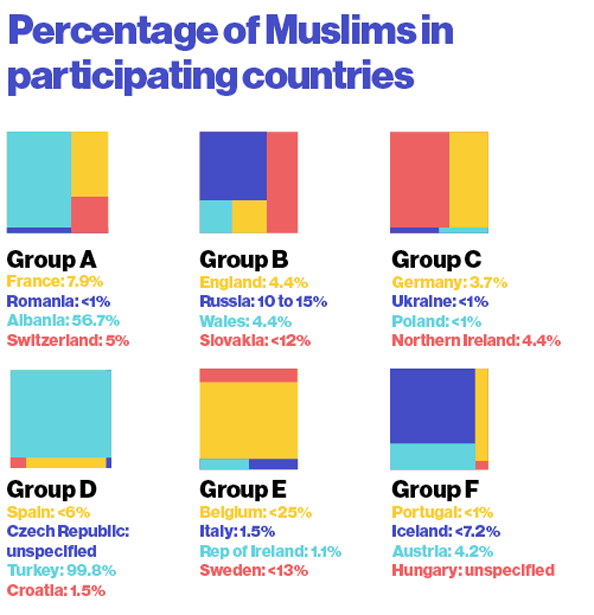