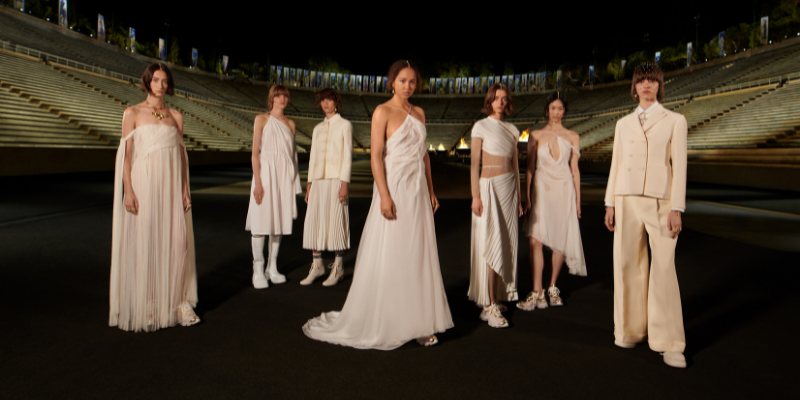 Inspiration for the Dior Cruise 2022 collection comes from a series of photographs of one of Monsieur Dior’s haute couture lines, which were taken near the iconic Parthenon in 1951.

When a lockdown whim compelled Maria Grazia Chiuri and she moved the furniture in her apartment to make space for a pilates machine, she realised there may have been more of a motive behind her actions than she originally thought.

“Sport is movement, sport is freedom,” she said. “During lockdown, you would walk around your building just to get a sense of moving your body. That became our idea of freedom.”

This idea later became the inspiration behind the location of her Dior Cruise, a birthplace of sports, the Panathenaic Stadium, where the Ancient Greeks would duel and exercise in 330 BC, became the perfect setting to show her new Dior Cruise 2022 collection. 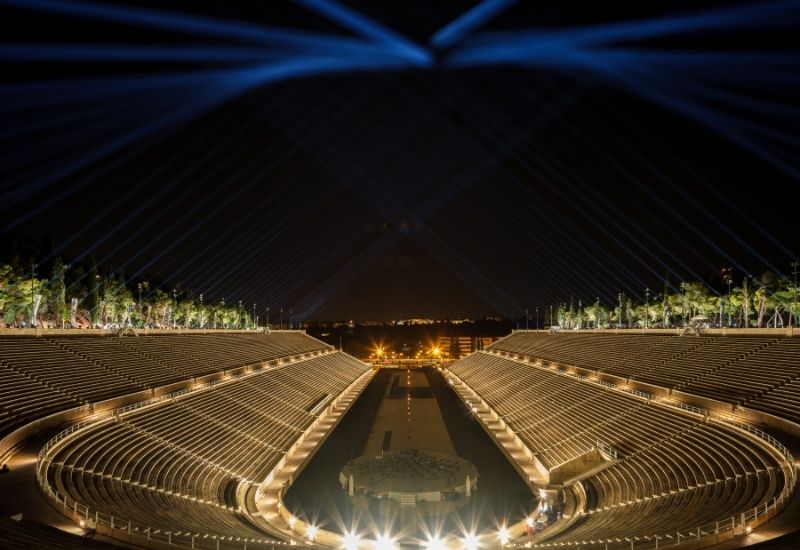 When discussing her choice of location, and her desires post-pandemic, Chiuri said, “I decided to show here because I’m interested in clothes as a way of giving freedom of movement.”

As the post-pandemic scene continues to play host to ongoing travel complications, the show was attended by local press and clients, who enjoyed a performance by Greek-American Singer Ioanna Gika.

The collection is Chiuri’s first collection with a focus on sportswear, she has created a balance between the technical needs of sports clothing whilst also implementing couture informed craftsmanship and style. In hues of cream, white and beige the activewear pays homage to Marlene Dietrich’s white suit as well as athleticizing Christian Dior’s iconic Bar Jacket by removing its lining and changing the fabric.

Chunky white trainers accent the looks, giving the sporty collection a modern twist for everyday wear. Functionality, movement and comfort are at the forefront of the collection, inspired by the lack of patience young people have for complicated fashions. 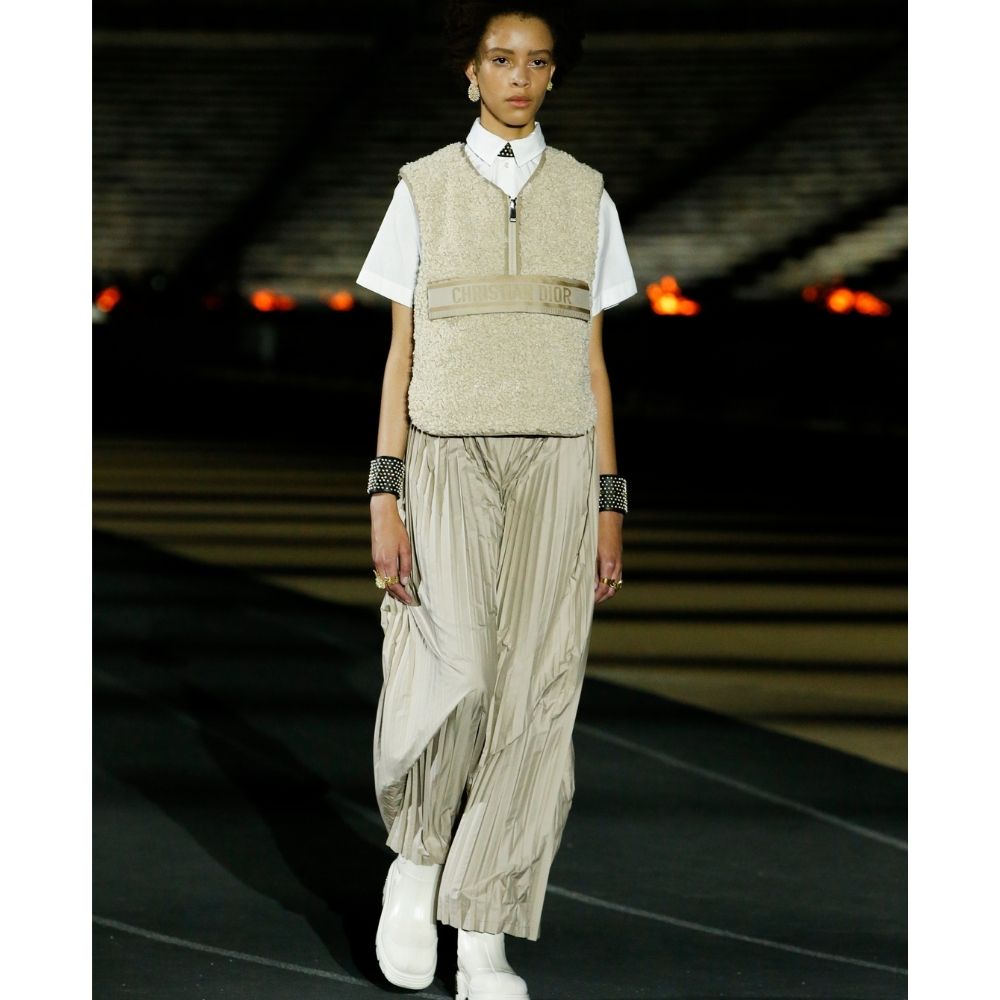 Chiuri embodied her cultural inheritance within her designs stating, “I come from Roma, don’t forget. Around me, the reference of Greece is everywhere, on every statue. It’s my background.”

This background played a prominent part in the show, where the peplos dresses were centre stage. Avoiding Greek clichés, Chiuri invited a number of local artisans to work on the collection. When asked if Greece and its ancient silhouettes were what people desired for cruise-wear, Chiuri said as she smiled, “Everybody thinks of Greece and Italy in terms of holidays… But our research was really big in terms of the history of Greece. We worked to show how important this time was, not least for the 20th century.”

Solidifying the relationship between her collection and the history of Greece, Chiuri discussed her research travels with her husband, she said, “My husband can’t stay on a beach. After an hour, he’s done. We have to see something.”

Confirming her earlier statement that movement, after all, is freedom.