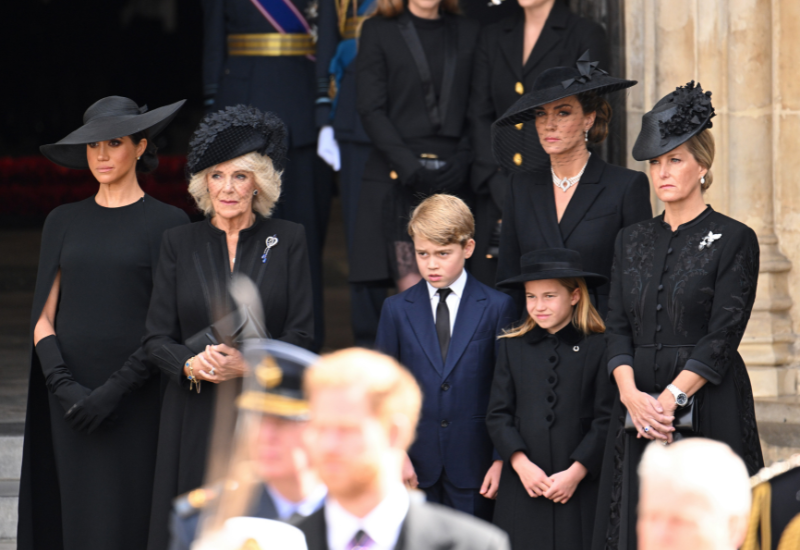 A total of 2,000 guests – including 500 dignitaries, foreign royals and leaders from around the world – attended the Queen’s state funeral, with mourners flocking to the streets of London to pay their respects and an estimated four billion people around the world watched as Her Majesty was laid to rest.

While the male members of the royal family, and Princess Anne, either wore their military uniform or a morning suit, the Princess of Wales and the Duchess of Sussex wore black ensembles and used special pieces of jewellery to pay tribute to the late monarch.

Wearing a black ensemble by Alexander McQueen, Kate, the Princess of Wales, paired the outfit with two special pieces of jewellery gifted to her by the late Queen. Most noticeably, Kate wore a four-strand pearl choker featuring a centre diamond clasp which was previously worn by the Queen on a state trip to Bangladesh in 1983. 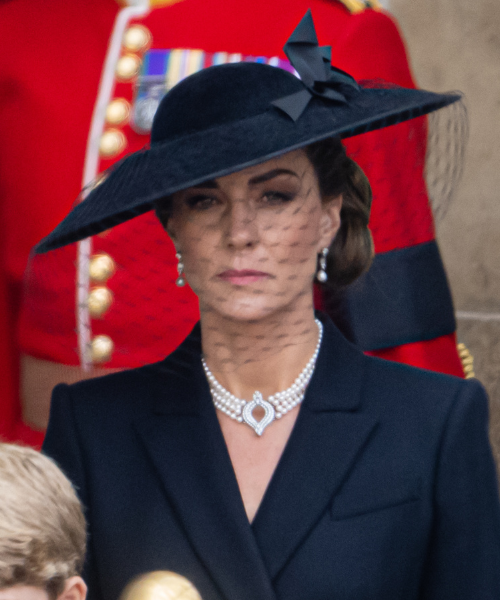 The Princess of Wales also wore a pair of pearl drop earrings in loving memory of Queen Elizabeth II, which were crafted from two of the seven pearls gifted to Her Majesty in 1947 as a wedding present from His Highness Sheikh Salman bin Hamad Al Khalifa, the late Ruler of Bahrain.

The Duchess of Sussex also paid tribute to the Queen with sentimental pieces of jewellery. Dressed in a black Stella McCartney cape dress, Meghan wore a pair of pearl earrings gifted to her by the Queen after she married Prince Harry in 2018. 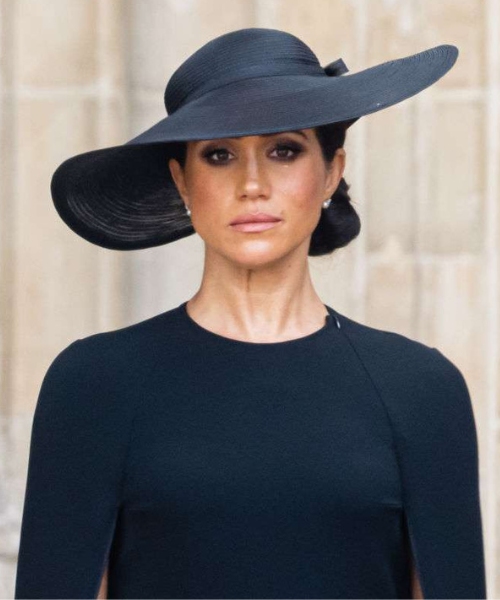 Princess Charlotte also paid tribute to her great-grandmother with a sentimental piece she wore. The young royal was dressed in a black dress and hat, but the seven-year-old also wore a small brooch in the shape of a horseshoe, which was reportedly gifted to her by her ‘Gan-Gan’. The late Queen had a well-known passion for horses and horse riding throughout her life. 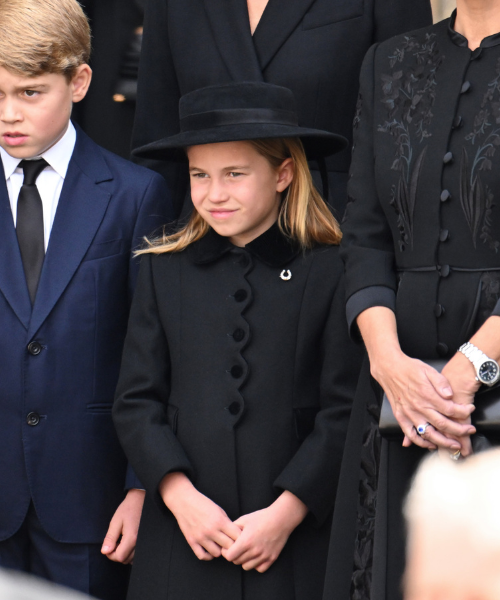 The Queen had a monumental life, devoted to the service of the United Kingdom and the Commonwealth of Nations.

Her Majesty, then Princess Elizabeth, ascended to the throne on February 6, 1952, after her father, King George VI, passed away after 16 years on the throne, leaving his eldest daughter, then 25 years old to succeed him as monarch. 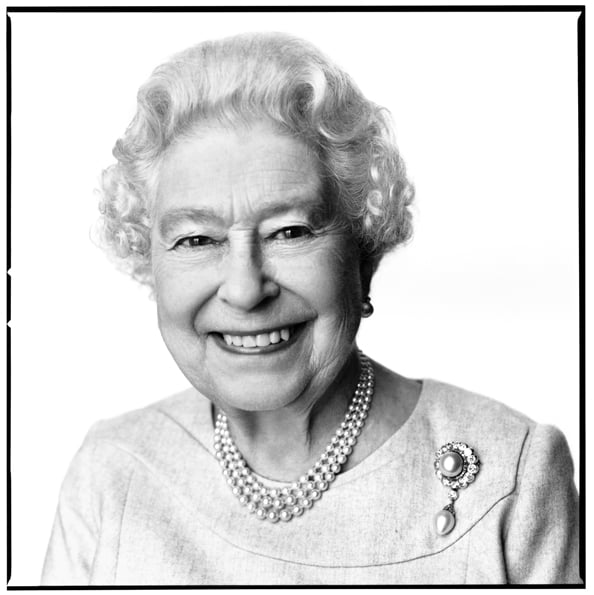 The long-reigning British monarch marked her Platinum Jubilee, celebrating an incredible and monumental 70 years on the throne this year.

When she was 21 years old, the then princess promised, in a heartfelt speech, that her “whole life whether it be long or short shall be devoted to your service and the service of our great imperial family to which we all belong”.

These important words were a symbol of her long-standing devotion, dedicating her life to the service of her country and the Commonwealth of Nations.

For the majority of her reign, Her Majesty was supported by her devoted husband Prince Philip, whom she married in November 1947. The Duke of Edinburgh died in 2021 at the age of 99.

Following the state funeral in London’s Westminster Abbey, a committal service was observed at St George’s Chapel at Windsor Castle. The Queen was finally laid to rest in the King George VI Memorial Chapel at St George’s alongside her father, King George VI, her mother Queen Elizabeth, her sister Princess Margaret and husband Prince Philip.