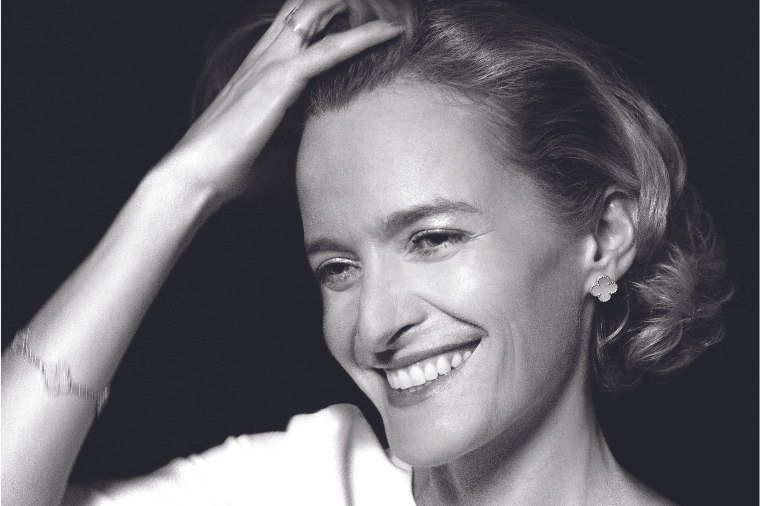 Estelle Letang, General Manager of the Middle East Region at The Estée Lauder Companies on how they are pioneering the visibility of breast cancer prevention.

What do the first 30 minutes of your day look like, your morning routine?

My morning routine usually starts with some form of exercise and Pilates is my favourite as it sets me up for the day. Working for a beauty company, I always take five minutes as ‘me time’ by applying me favourite beauty products including Take The Day Off Cleansing Balm from Clinique, then hydrating my skin with the Estèe Lauder Advanced Night Repair Serum, proceeding with La Mer’s iconic Crème De La Mer to moisturise my skin, then using a lipstick from M.A.C and finally spritzing my favourite fragrance from Tom Ford, Rose Prick. As a mother of three, I’ve always had breakfast with my children before they head to school.

Can you tell us about the latest Estée Lauder Breast Cancer Campaign?

This year marks the 30th anniversary of the Estée Lauder Companies’ Breast Cancer Campaign and the Company’s commitment to the global breast cancer movement. Through the collective efforts of employees, consumers, and partners worldwide, the campaign has facilitated real progress and driven social impact. In the Middle East, we have focused on raising much-needed awareness and education about breast cancer in the regional community by highlighting the stories of four inspirational women who survived breast cancer through a series of empowering videos and events. These survivors share their personal journeys with breast cancer, their journey of recovery and how they went to fulfill their dreams after they beat the disease. All of the survivors share the critical importance of self-examination and early detection which was a key factor in their recovery.

The late Evelyn H. Lauder launched the iconic Pink Ribbon, as part of The Breast Cancer Campaign, how did it all begin?

Thirty years ago, in 1992, Evelyn H. Lauder (Estée Laud- er’s daughter-in-law) co-created the globally recognised Pink Ribbon and launched The Estée Lauder Companies Breast Cancer Campaign, inspiring a global movement around its mission to help create a breast cancer-free world once for all. Since then, the Breast Cancer Campaign is The Estée Lauder Companies’ largest corporate philanthropic initiative. Just one year later, in 1993, Evelyn Lauder founded the Breast Cancer Research Foundation, the campaign’s lead- ing non-profit organisation partner dedicated to advancing the world’s most promising research to eradicate breast cancer. The Company have funded more than $108 million globally for lifesaving research, education, and medical services. The campaign is a true testament to the group’s legacy as a beauty-inspired, values-driven company that places people, positive impact, and inclusivity at the heart of everything we do.

“The campaign is a true testament to the group’s legacy as a beauty-inspired, values-driven company that places people, positive impact, and inclusivity at the heart of everything we do.”

This month brings awareness to breast cancer – what are the key things we should be looking for?

Globally, breast cancer causes the greatest number of cancer-related deaths among women. Every 15 seconds somewhere in the world, a woman is diagnosed with breast cancer. This is far too many. A breast cancer diagnosis profoundly affects everyone it touches – patients, loved ones, doctors, caregivers, advocates and more. Our goal as a company is to generate widespread awareness and education across the Middle East region on breast cancer highlighting the importance of self-testing, early detection, and prevention. 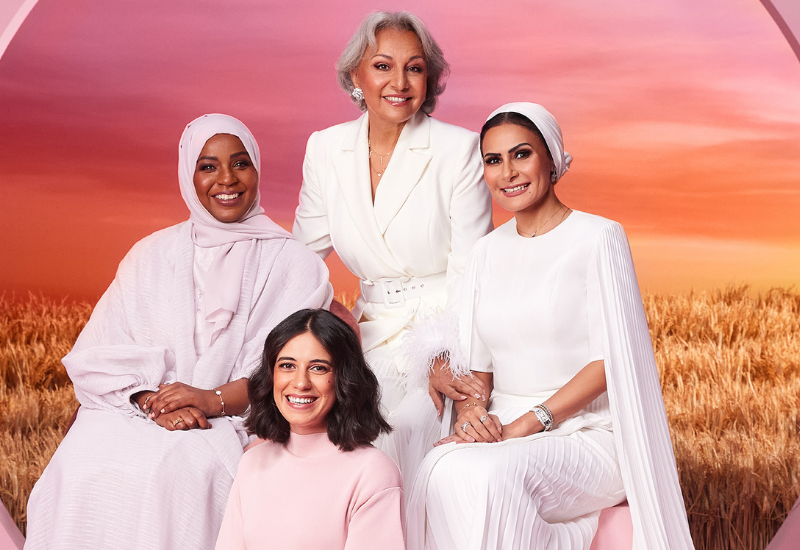 What are some of the key initiatives Estée Lauder has taken to help people going through this journey?

The Estée Lauder Companies in the Middle East have worked very closely with NGO Brest Friends, the first breast cancer support group in Dubai, and Al Jalila Foundation for the last seven years, whose combined mission is similar to ours: To save lives by promoting early detection, increasing awareness, education, and offering support to patients with breast cancer.

This is The Pioneer Issue – what inspired the group to take the lead in raising awareness?

It has been 30 years since Evelyn H. Lauder, a visionary woman, inspired a global movement and introduced a symbol of hope and inspiration with one mission, to help create a breast-cancer-free world. At a time when breast cancer wasn’t spoken about openly, Evelyn H. Lauder saw an opportunity to unite people everywhere and make a difference. She said,“I’d like to be able to save lives.” Now, as we honour The Campaign’s 30th Anniversary, breast cancer patients are leading better, healthier lives due in part to early detection and improved treatment which the campaign and our partners are dedicated to advancing. The campaign is a cornerstone of who we are at The Estée Lauder Companies and serves as a true, authentic point of difference that drives our social impact and enhances our corporate reputation with a key call to action, It’s #TimeToEndBreast- Cancer. Together, we are united to help end breast cancer for all.