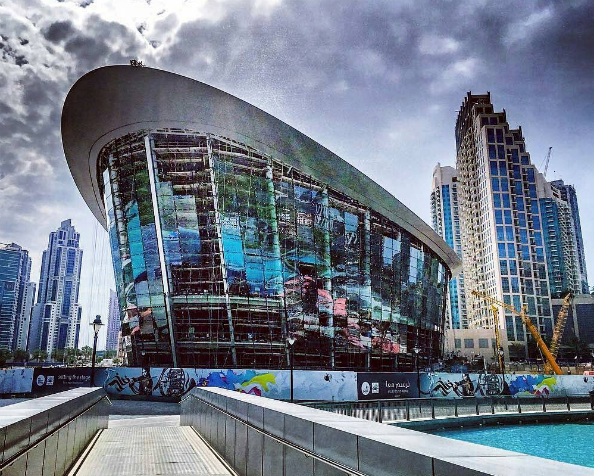 The latest addition to Dubai’s cultural scene, Dubai Opera, is set to launch this August, and while its construction cost has been a hot topic, the latest reveal suggests it will boost Dubai’s economy.

If you haven’t yet heard about Dubai Opera it is a new state-of-the-art 2,000 seater arts venue in Downtown Dubai that will play host to not just music, but theatre, ballet, films, exhibitions, events and more. But what’s the real USP? According to Jasper Hope, the Chief Executive of Dubai Opera it’s quite simply “being in Dubai. Not only are we the first, but the only venue like this in the UAE.”

Emaar’s goal for the Dubai Opera, when construction began back in 2014, was to “be as iconic in appearance as the world-famous Sydney Opera House,” and it seems to have accomplished just that.

The Dubai Opera’s design is inspired by the maritime traditions of Dubai from back in the pearl fishing days, with Emaar saying the building was “styled on the traditional sailing vessels of the Arabian Gulf, the classic wooden dhows that are synonymous with the world-famous Dubai Creek.”

While it’s rumoured to cost in the billions, Hope is certain it will bring money back into the emirate. He said: “I have no doubt that Dubai Opera will be a boost to the economy. Dubai is already a city of excellence with its attractions, such as the Burj Khalifa and its golf courses and now Dubai Opera. It’s not just a cultural boost; it’s also economic as it’s about having people enjoy Dubai for longer. For example, they can visit the Burj Khalifa, enjoy a fine meal and enjoy an opera or the ballet.”

In terms of economy, Dubai Opera has also provided a plethora of new jobs. “I’ve looked far and wide, locally and internationally,” said Hope, “many of the general roles have been filled from people already living and working in Dubai. The technical team is mostly from abroad though, as you need that high level of international experience.”

“By the time we open, my full-time team will be in the number of 100 people,” he added. “Of that about 35 per cent will be purely technical. The rest will be marketing, finance and so on.”

The building will act as the centrepiece of Downtown Dubai’s new Opera District, surrounded by a number of luxury hotels, residential and serviced apartments as well as a retail plaza, waterfront promenades and recreational spaces and parks.

As far as the Dubai Opera’s line-up for this year goes, there are some pretty diverse acts and big names coming down, and there’s even a West End show on the horizon. Check out the list of what you’ll be able to see at the Dubai Opera this year. 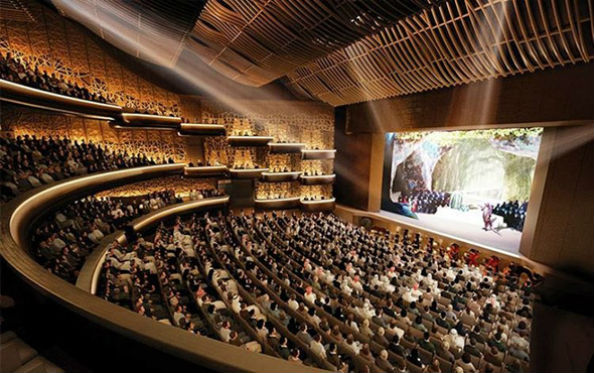 The ‘bow’ of Dubai Opera contains the main stage, orchestra and seating areas, whereas the ‘hull’ will have waiting areas for spectators, a taxi drop-off area and parking amenities. Dubai Opera will also feature a sky garden as well as a series of restaurants built around the house’s main performance area.

Read: The New Malls Opening In Dubai And Abu Dhabi