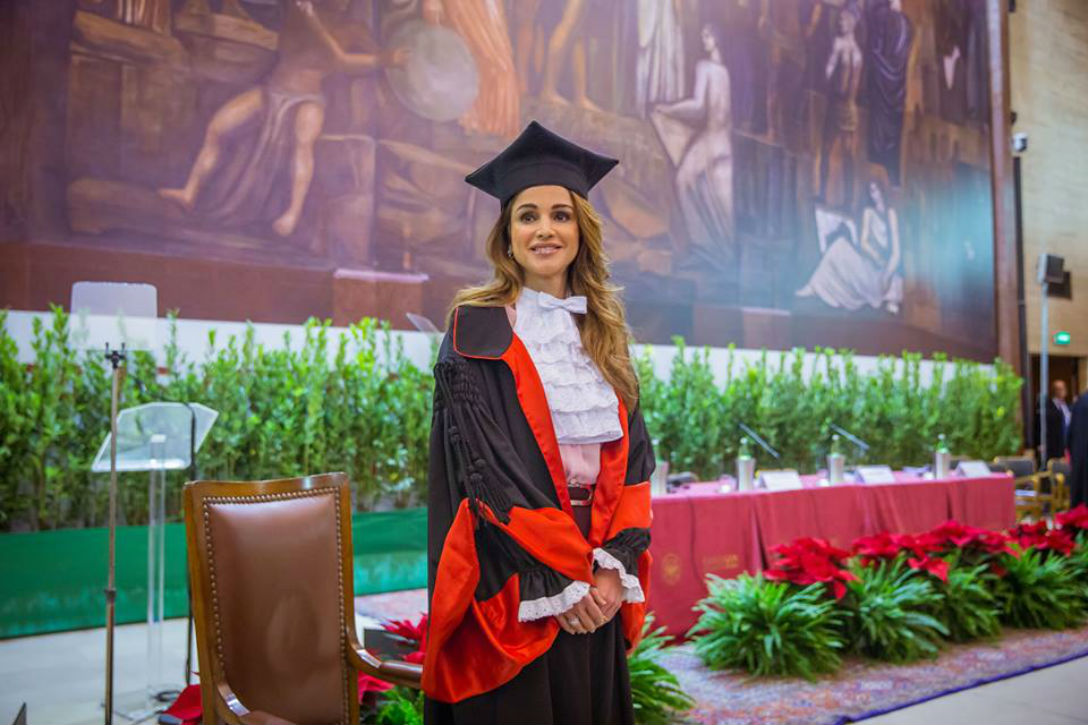 The Queen consort of Jordan, Queen Rania Al Abdullah, has been awarded an honorary doctorate in Science Development and International Cooperation from Sapienza University.

During an official visit with His Majesty King Abdullah II to Rome, Queen Rania received an honorary doctorate, which she accepted in recognition of her activities in promoting peace and cross cultural dialogue, and her efforts against religious and gender-based discriminations. 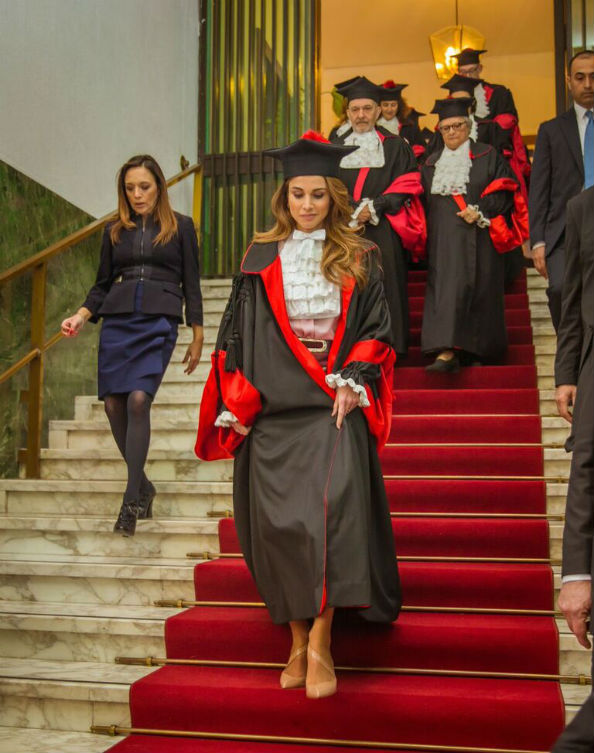 The award ceremony saw a turnout of more than 300 scholars, students and influencers.

Queen Rania finished with a speech highlighting the need to unite against the common enemy of Daesh – “irreligious terrorists whose sole aim is to destroy the civilised world”.

She spoke of the group’s efforts to destroy ancient monuments and archeological landmarks, saying: “They’re targeting our collective history. The foundations of our civilisation. In essence, humanity’s very memory.”

“There is nothing Islamic about these terrorists.”

Her Majesty continued, saying “This is more than just a physical war. We have to fight on many fronts, and defeating Daesh depends on understanding their tactics and twisted mindsets,” referring to the group’s use of fear as a means of psychological warfare. “The ultimate weapon of mass destruction, and a most contagious one,” she added.

However, Queen Rania went on, pointing out how courage is just as contagious, and that ordinary acts from just going to the cinema, to bazaars, to making beautiful art are a defiance to Daesh and the things they stand for.

“Please, let’s continue to treat each other with respect and openness. As you’re doing today by honouring an Arab, Muslim, woman.”

Touching on the group’s invocation of Islam, Queen Rania said: “There is nothing Islamic about these terrorists. The more they attribute their actions to Islam, the more they provoke intolerance against all peace-loving Muslims.” Her Majesty pointed out how when suspicion of one another takes hold, the battle is lost, and that Daesh’s claims of being Muslim leads to both increased and misplaced fear in each other, instead of in the terrorists.

Queen Rania recommends that one should adopt respect and openness. “Let that be the final irony,” she said. “The extremists who sought to tear apart our social fabric and turn us against each other, actually bring us closer together.”

Scroll through the gallery below to see Queen Rania accept her honorary doctorate: 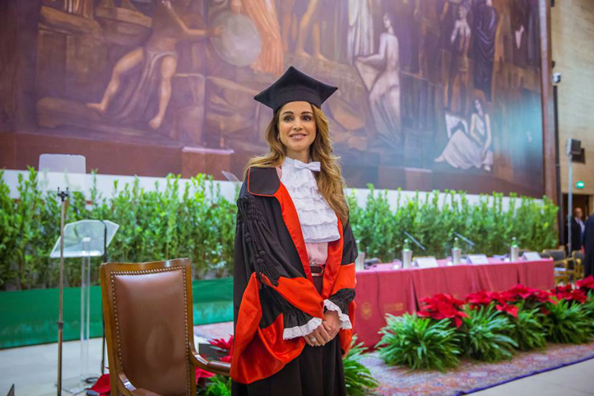 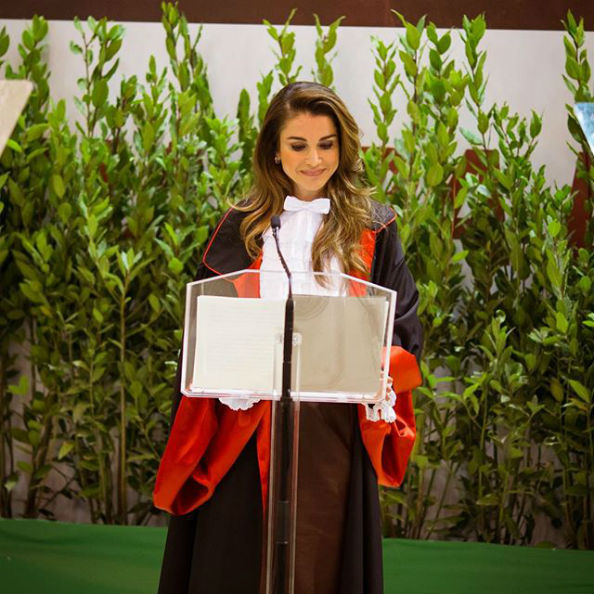 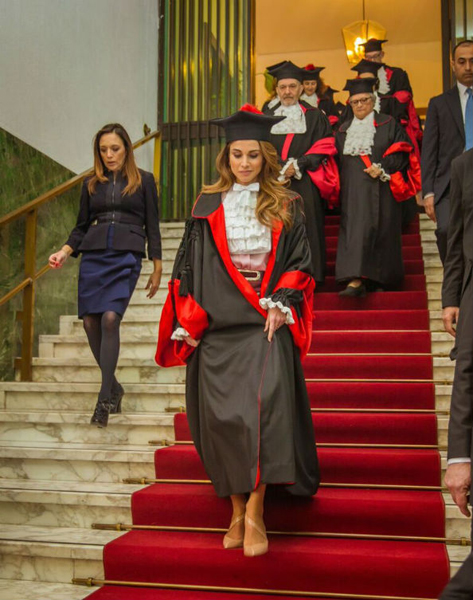 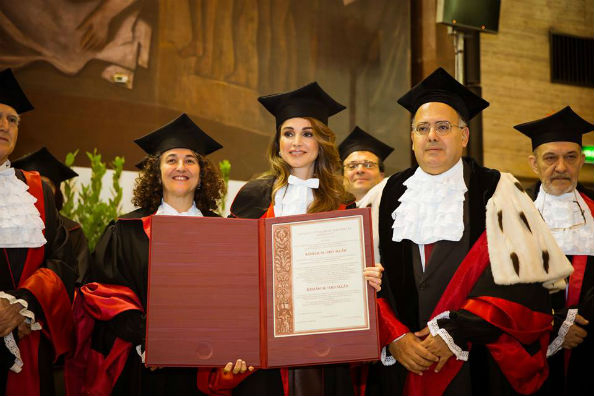