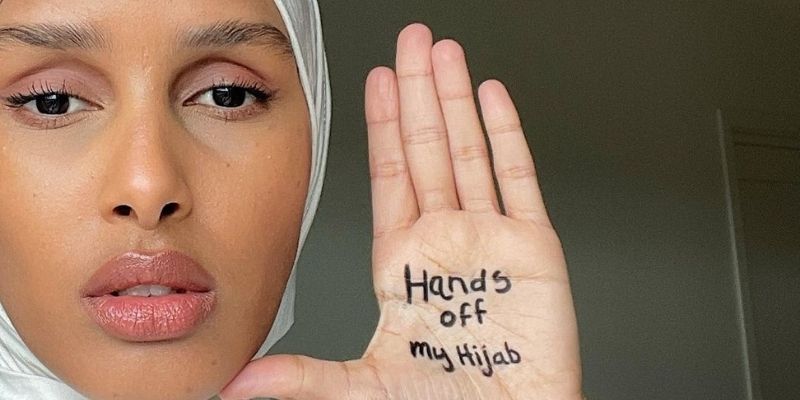 Under the latest ‘Separatism Bill’, the French Senate has voted to ban the hijab for anyone under 18-years old.

Following the vote, many hijabi content creators around the globe have shared their thoughts regarding the notion, as they stand up for their community in France.

Earlier this week a post went viral on social media where Scandinavian hijabi influencer, Rawdah Mohamed, shared an image with the words “hands off my hijab” imprinted on her palm to make a statement about the latest vote by the French Senate.

The 27-year old Somali-born influencer, shared her own experiences of facing hate and racism saying, “I strongly believe the only antidote of hate crime is activism. Many governments have been on the wrong side of liberation and equality before. It is our duty as the people stand up and fight for each other’s rights. The Hijab ban is hateful rhetoric coming from the highest level of government and will go down as an enormous failure of religious values and equality.”

Similarly, founder of the platform Muslim Girl and Jordanian-American author, Amani Al-Khatahtbeh, shared a post on Twitter saying, “My French sisters, know that we see you, stand with you and fight with you against the globalized Islamophobia that brought us here.”

Al-Khatahtbeh also pointed out in a separate post how many countries are consistently discussing how muslim countries “enforce the hijab”. However, she highlighted that western countries that force women to remove the hijab are “worse”.

“Western countries that force women to take off the hijab is not only the same form of control, but worse: it’s systemic anti-Muslim hate,” she said. “Forcing minor girls from a vulnerable minority to reveal their bodies is sick.”

“That rather than helping minorities assimilate in France, the Separatism Bill could instead push people to withdraw deeper into their communities,” she said.

While yet to be fully passed into law, the proposition has received severe backlash from the community in general. If approved by the French Parliament, it would lead to a ban for all Muslim women under the age of 18 from wearing hijabs in public.