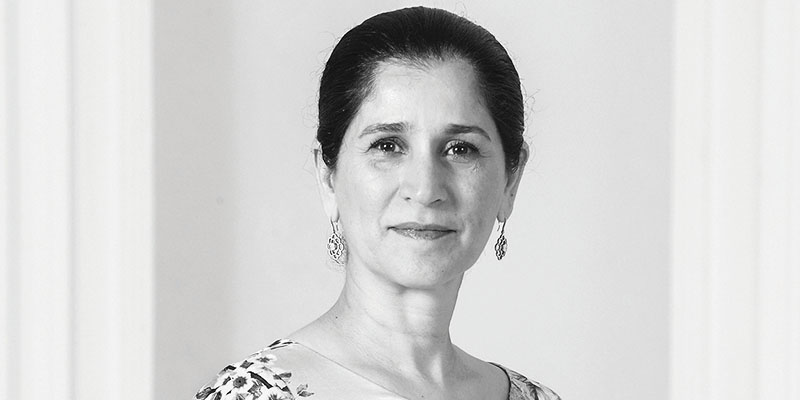 Her Highness Sheikha Intisar Al Sabah is not afraid to push boundaries – in fact she doesn’t see any boundaries for Arab women, choosing instead to believe that there should be a support system that allows them to rise, even out of the most traumatic circumstances.

As part of the Kuwaiti ruling family, Her Highness Sheikha Intisar Al Sabah is the founder of Intisar jewellery, Lulua Publishing, skincare line Prismologie and Intisar Foundation. Each may appear to have a different approach, yet they all have the same purpose to improve mental wellbeing.

“Our vision is to transform self-care from an occasional indulgence into a daily ritual and to empower people across the globe to take charge of their wellbeing through colour and scent,” she explains. In the turbulent times that we are going through, physical, mental, emotional and spiritual health has never been more important. “COVID-19 has reinforced the demand for human touch, wellbeing, immersive regimes and concepts that boost immunity and all-round health. It has also forced us to see that we all need to take time out both mentally and physically,” Her Highness agrees. 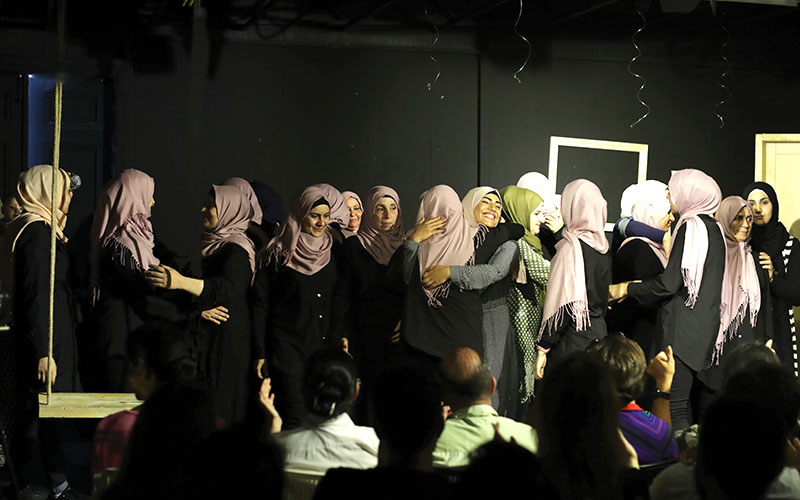 Sheikha Intisar truly believes in the power of the mind and how it can be used for good. This has led her to launch a ground-breaking platform, Intisar Foundation, in 2018 to support women traumatised by war and violence, something she had a close encounter with: “I was a victim of the war in 1990 and I had realised that unless I released any PTSD (post-traumatic stress disorder) that I suffered I will not be at peace or be kind to people around me. Working on my- self brought strength I did not realise I had inside of me and with it came the ability to lift others after I was able to get myself out of the victim stage to the place where you can be so strong and mentally solid. This realisation led me to start the foundation as the Arab world is the most turbulent region on earth and if there is no catharsis of negative war trauma and healthy empowerment of women the cycle of violence will continue and this is unacceptable.”

Supporting hundreds of refugee women, Intisar Foundation most notably uses drama therapy that helps survivors work through depression, anxiety, post-traumatic stress disorder. Not only that but this community-based intervention facilitates “healing and empowerment within some of the most marginalised communities in Lebanon and Jordan.”

The UK- based humanitarian organisation is one of the first in the Middle East to focus on the psychological health of women in a safe and intimate group setting. “Drama therapy is an inclusive, non-stigmatising, easy and engaging form of therapy that guides these women through expressing di cult emotions, becoming vulnerable, and rehearsing healthier behaviours together and in a safe environment. It, therefore, helps them remove shame, guilt, and depression, and achieve a higher level of mental wellbeing and better emotional awareness. A survey carried out after our drama therapy programme in the Shatila Refugee Camp in Beirut revealed that over 68 per cent of participants reported a reduction in PTSD, just over 93 per cent in depression, and 75 per cent in anxiety.”

The foundation is run by women who regularly travel to Lebanon and Jordan to take part in group sessions while also establishing teams of researchers and drama therapists on the ground. The pandemic may have shifted their therapies online with videos of techniques women can implement at home, but the “new normal” has allowed the royal to hit pause on her demanding schedule. “This pandemic made me slow down in some aspects and also look at making bigger, more strategic plans and work towards a bigger picture, thus minimizing my workload.”

Her Highness Sheikha Intisar’s workload does not show any sign of decreasing as she is determined to reach more women with her #OneMillionArabWomen initiative. The 20-year plan strives to train around 600 drama therapists and facilitators to heal one million Arab women who are struggling with trauma through drama therapy because it truly does work. According to their in-house surveys, 78 per cent of participants experienced an increase in self-esteem, and 43 per cent saw an improvement in overall satisfaction with life. And it’s not just the numbers that prove a point, the royal uses some of the methods herself to help her find balance.

“I have been working towards reaching the place I am in now for years. I learned how to use positive psychology to better mental wellbeing and now with Intisar Foundation, I am growing my voice and releasing all shame and guilt to come to a place where only really huge events disrupt me. When they do, I perform gratitude exercises and use tools from drama therapy to get me back to balance.”

We live in uncertain times, forced to take on many elements that are out of our control, but we do have the power to take charge of our lives and our minds. One thing that Intisar Foundation and Her Highness Sheikha Intisar have shown is that we are stronger than we think, especially when we li each other up. “I look at every woman as a powerful woman, some still have not seen their strength but I do and I am inspired by it.”