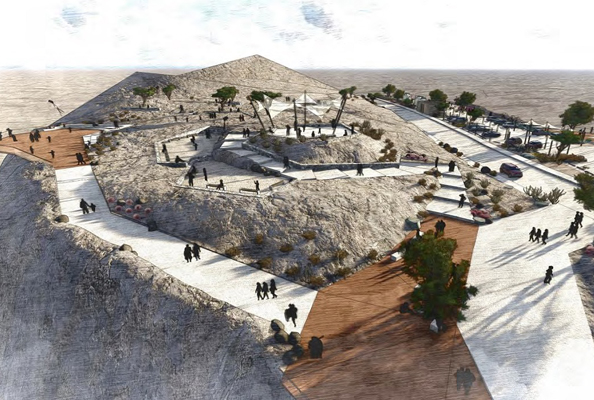 The UAE’s highest peak is about to get even more exciting.

It was only last year that Jebel Jais became home to the country’s largest zipline.

And soon there’ll be another way to see the UAE’s highest peak, with news that it will welcome a top-of-the-range observation deck later this year.

The new attraction will sit close to the Ras Al Khaimah mountain’s summit, which rises 1,934 metres above sea level, and is set to open in October.

Read:
Beauty Mogul Huda Kattan Can Make A Whopping Dhs66,000 For An Instagram Post
HH Sheikh Mohammed Just Stepped In To Save An English Village Hall

The viewing platforms – found at about 1,300 metres about sea level – will give a bird’s eye view of the Al Hajar mountain range, which borders Oman, as well as letting visitors gawp at the surrounding flora, fauna and wildlife.

In a bid to become the Middle East’s adventure tourism capital, the Ras Al Khaimah Tourism Development Authority (RAKTDA) will also use the observation deck as a base camp for hikers and bikers looking to explore the emirate’s terrain. 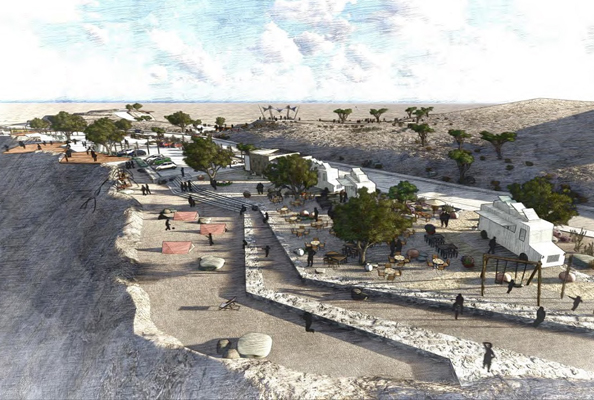 There’ll also be a special food truck zone, green solar energy lighting, a picnic area, an events arena and several walking paths, so it sounds like you’ll easily be able to kill a few hours.

(It’s probably worth timing a visit over a sunset or sunrise for a pretty spectacular vista).

This is the kind of view you can expect to get on a clear day: 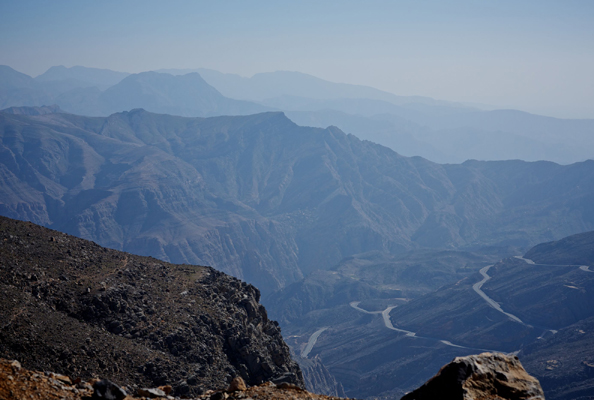 Read:
Here’s Everything You Need To Know About Rihanna’s New Saudi Beau
This Celebrity Family Can’t Get Over A Dubai Airline’s First Class Cabins

Worried it’ll still be a bit too hot come October to check it out? Fear not – the weather at the top of Jebel Jais is “traditionally around 10 degrees lower than the UAE average”, said RAKTDA’s CEO, Haitham Mattar.

“We have worked very hard to implement natural, locally-sourced materials into the site – we want the Jebel Jais Observation Deck to blend as seamlessly as possible into the mountain facade,” he added. 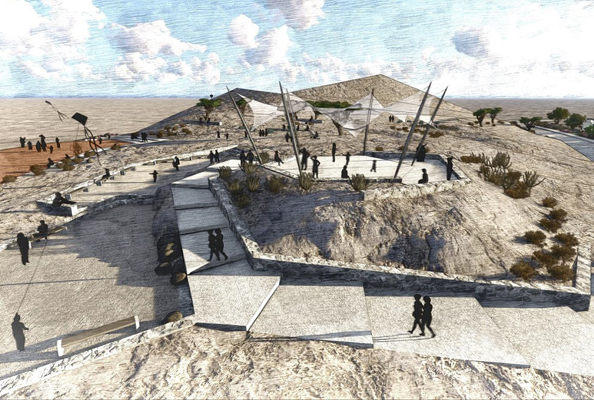 The emirate is on a mission to attract one million visitors by the end of next year, and hopes the observation deck will help achieve that goal.

Well, RAK will likely get one more visitor in us when this opens…