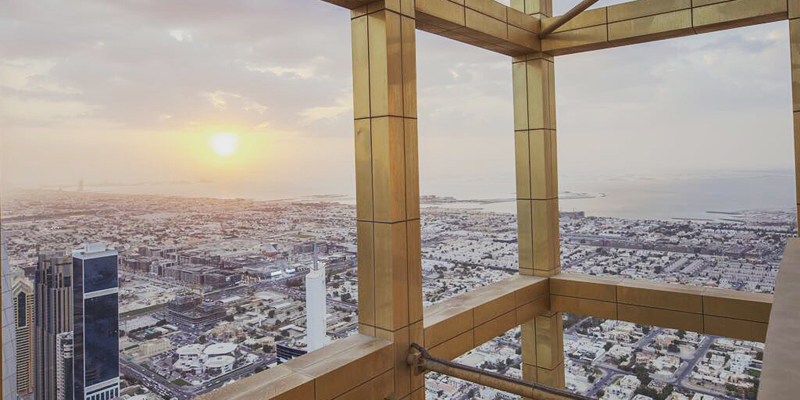 You can now visit the world’s tallest hotel’s viewing deck—for a price.

It scooped a Guinness World Record when it opened this month, claiming the title of the tallest hotel in the world.

And you don’t need to be a guest to check out the view from the 356-metre-high tower, it has just been revealed.

Gevora, the 75-floor hotel situated in the Trade Centre area on Sheikh Zayed Road, has officially opened its viewing deck to visitors.

Here’s what to expect: For visitors under 12, tickets cost Dhs50, and access is free for children under six years old.

Full-price ticketholders get a free coffee and pastry included at the hotel’s Le Veyron cafe too, with the deck open for business between 10am and 9pm daily.

The four-star Gevora shunted the 355-metre-high JW Marriott Marquis Hotel in Business Bay into second place for world’s tallest hotel when it opened on February 12.

The 528-room establishment features an Instagram-worthy open-air pool on its 12th floor, as well as plenty of gold accents, cool geometric shapes and contemporary finishes. Gevora also houses a fully equipped health club with a steam room and sauna, a jacuzzi and kids’ pool.

From mid-March, Gevora will add Middle Eastern inspired fine-dining eatery Level Twelve to its mix, along with the 12th-floor Overview Pool Lounge and rooftop Highest View Lounge, which will serve up Arabic and international dishes as well as shisha. 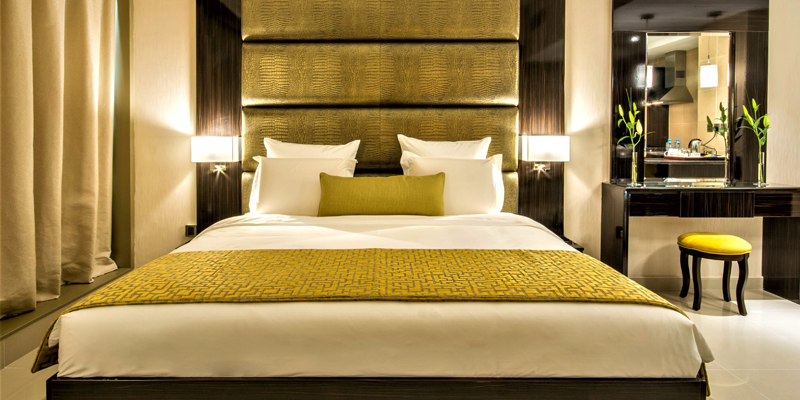 Judging by the pictures, the rooms look pretty opulent, with metallic touches and plush furnishings—and all guests can use a butler service, whatever type of room they have.

Read:
Do you know a ‘true hero’ of the region? They could get Dhs1 million…
Here are Sephora’s top-rated products in the Middle East

Gevora aside, Dubai also houses a significant number of the world’s highest hotels (aside from the JW Marriott Marquis), such as the Rose Rayhaan by Rotana, Burj Al Arab and Jumeirah Emirates Towers Hotel.