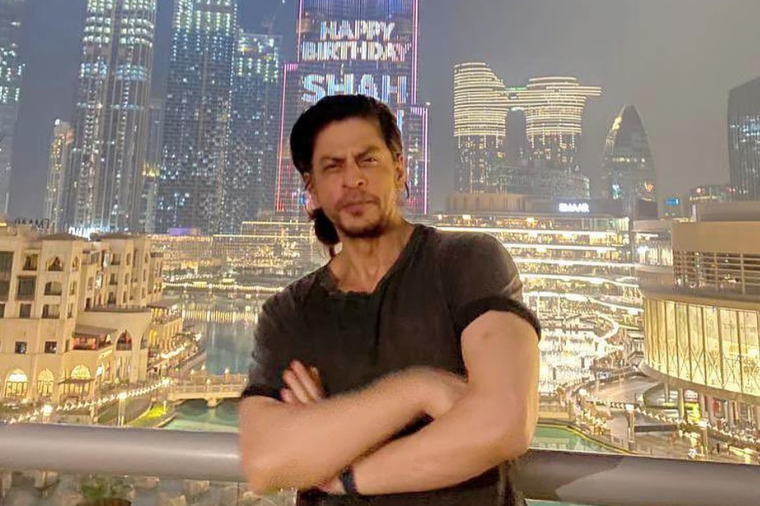 The king of Bollywood, Shah Rukh Khan, celebrated his 57th birthday in Dubai and the celebrations were nothing short of spectacular.

Known for garnering a strong relationship with the UAE over the years, it’s not surprising the emirate of Dubai went all out to ensure the actor had a special birthday.

The occasion was marked with Shah Rukh Kahn’s image lit up on the Burj Khalifa with the message: “Happy Birthday Shah Rukh, Happy Birthday Pathaan. We love you.”

The words flashed on the screen with his iconic track ‘Tujhe Dekha To’ from the 1995 film Dilwale Dulhania Le Jayenge which played in the background.

The actor has been featured on the world’s tallest tower multiple times for campaigns and his birthday in 2020.

The General Directorate of Residency and Foreign Affairs tweeted, “GDRFA Dubai welcomes Bollywood star Shah Rukh and grants him the Happiness Card with the aim of achieving happiness through various benefits, discounts and offers.”

With a close affinity to the country, the actor’s Bollywood film Happy New Year was also shot in the UAE along with the star-studded cast.