UP Next
X
How the Duchess of Cambridge still gave a nod to...
Emma Day
February 21 2018

It’s no secret that we love Meghan Markle here at Emirates Woman.

The American actress, who is set to wed Britain’s Prince Harry on May 19, has inspired everything from our accessories collection to our newfound love of a wavy blow-out.

But one thing we haven’t been able to stop Googling since her engagement to the fifth-in-line to the British throne is “Meghan Markle skin”.

Because the Suits star might just have the best complexion we’ve ever seen.

And luckily, her former makeup artist has just revealed exactly what product the 36-year-old relies on for that radiant, yet never shiny, finish. “Every time I’d do her makeup, she’d say, ‘Can we just make sure my freckles are peeking through? I don’t want a ton of foundation’,” Lydia F. Sellers, who worked with Markle for two years prior to her recent move to the UK, told Refinery29 this month.

“It was more about the amount of product that went on her skin and keeping it really fresh and dewy, rather than caking it on.”

The foundation in question used for that flawless finish is Giorgio Armani’s Luminous Silk Foundation, which (hurrah!) you can snap up right here in Dubai.

The lightweight liquid, which can be built up for a medium coverage, is Dhs245 at Sephora.ae or Ounass.ae, and can also be picked up department stores including Woojoh, Bloomingdale’s and Harvey Nichols-Dubai.

Sellers added that she sheered out the foundation with a Beautyblender, which you can also find at Sephora for Dhs84.

The makeup artist also revealed that Markle is a fan of eco-friendly brands RMS (Cult Beauty ships to the UAE) and Tatcha (available at Sephora), and sang the actress’ down-to-earth approach to beauty.

“Even now, her look has stayed the same. She’ll throw her hair back in a low bun and it actually looks like she’s done it herself, and it’s beautiful and chic because she’s so confident,” Sellers said. 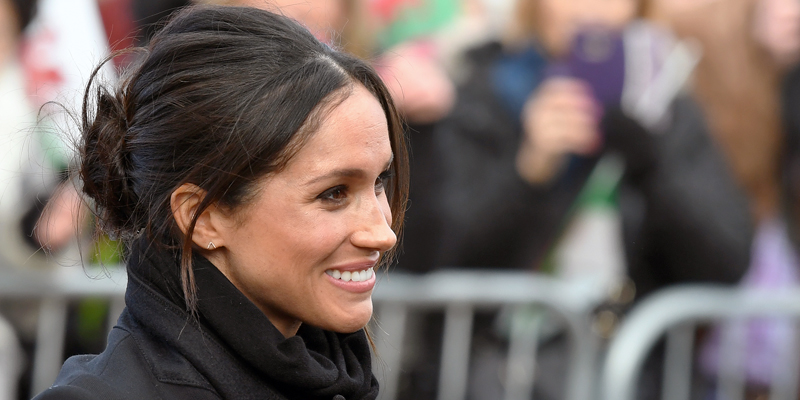 “That’s the great thing about Meghan — she’s so confident with herself and her look, and she sticks with that.”

Read:
Does anyone wear this Lebanese label better than Angelina Jolie?
Will Meghan Markle wear a Middle Eastern designer on her big day?