Here are 7 times that Queen Rania stunned in Givenchy 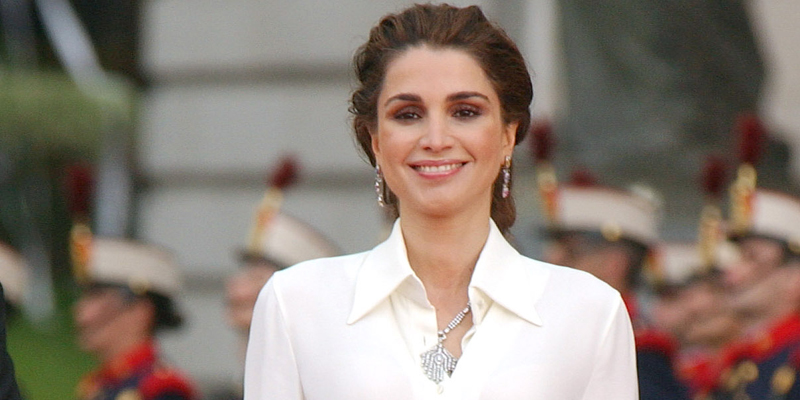 The Jordanian royal has cited the French label as one of her all-time favourites.

He rose to fame after dressing some of the 20th century’s biggest names, but Hubert de Givenchy’s influence stretches far beyond that.

The visionary French designer, who passed away in Paris this week aged 91, might have retired from his eponymous label in 1995, but his sartorial legacy lived, and will live, on through myriad creative directors.

Read:
The fashion world pays tribute to the late Hubert de Givenchy
Here’s how to get Meghan Markle’s cream coat in Dubai

The aristocratic couturier designed the legendary little black dress for Audrey Hepburn in Breakfast at Tiffany’s, and was responsible for some of Jacqueline Kennedy’s and Grace Kelly’s chicest looks.

And, in recent years, the label has dressed everyone from Margot Robbie and Meryl Streep to HM Queen Rania al Abdullah.

Here, we’ve rounded up our favourite pieces worn by the Jordanian royal (who once told People Givenchy’s 1952-founded label was among her favourites).

Her Majesty wore this eternally chic midi to a forum in France in 2015. With its demure buttoned sleeves and crisp colour palette, it was regally refined—but given a contemporary edge with those cutouts around the neckline.

Queen Rania went bold yet not overtly busy in this peplum-hemmed midi dress for a 2016 graduation. With its ladylike bow and figure-skimming cut, this piece offers a masterclass in expert tailoring.

For the graduation of her son, Crown Prince Hussein, from Sandhurst last year, the royal wore a head-turning scarlet dress coat from the label. The subtle texture adds an extra dose of luxury to an already elegant number.

This military-inspired trench stands out from the crowd with its metallic detailing. For this 2017 charity gala, Queen Rania turned to Givenchy Couture for a gown that matched the magnitude of the occasion, without feeling overbaked. The peek of dainty lace is especially swoonworthy.

Read:
10 of the most iconic looks from the late Azzedine Alaïa
Here’s your handy guide to this year’s Art Dubai

For a meeting with Australia’s then Minister for Foreign Affairs in 2016, the Honorable Julie Bishop, Queen Rania sported a left-field monochromatic number. From the intricate hemline to the ornate embroidery on the bodice, this romantically flowy dress proves black and white is most certainly not boring.

For the wedding of Spain’s Crown Prince Felipe and now Queen Letizia in 2004, HM donned this romantic maxi skirt from Givenchy. Paired with a relaxed shirt and a loose braid, the royal hit the perfect balance of event-appropriate with a hit of cool.