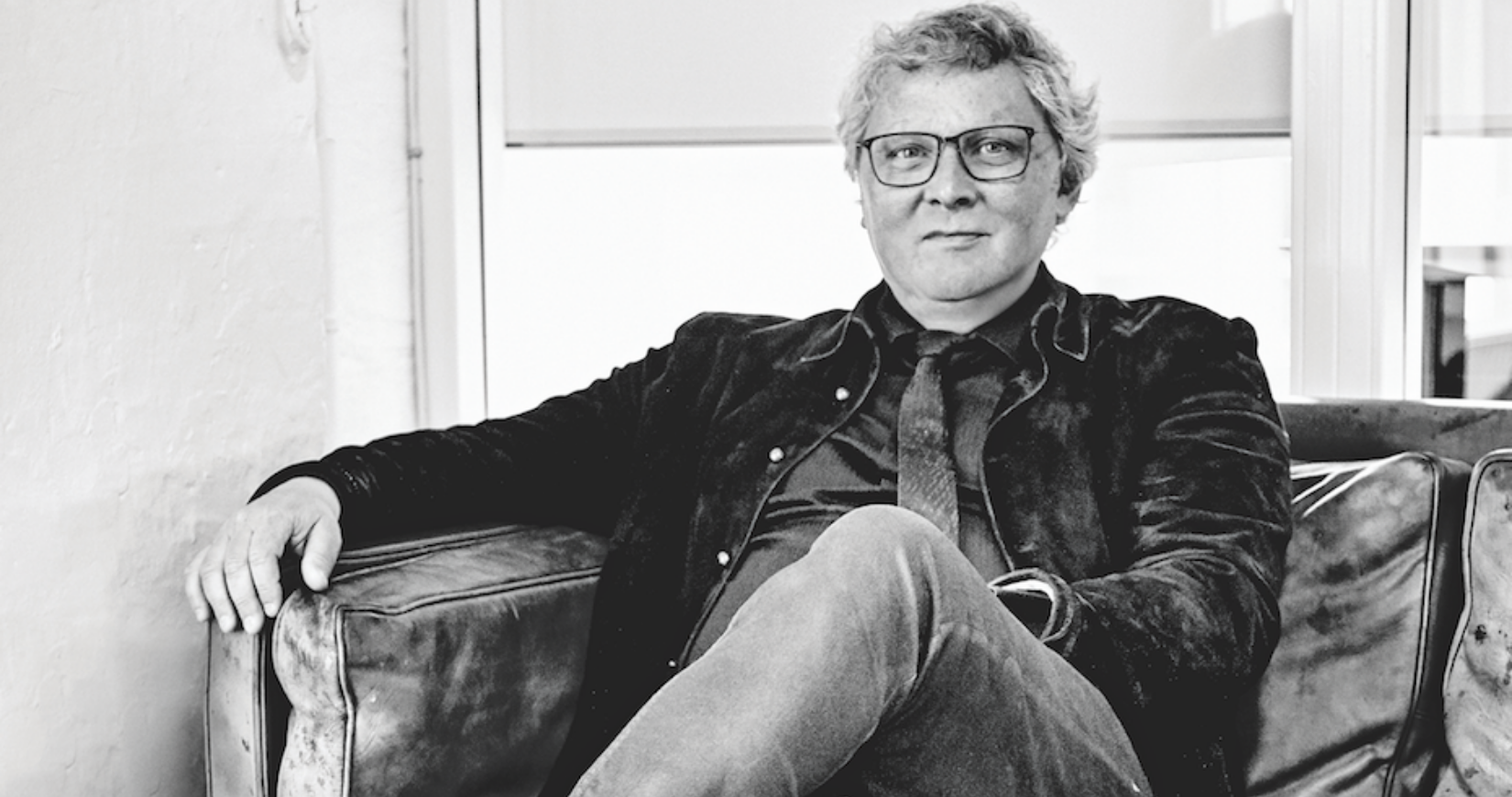 You could characterise a young Henrik Lindberg growing up in the Seventies as someone who wanted to get as far away as he could from the eyewear business. His father, Poul-Jørn, was an optometrist and Henrik had realised, first-hand, the labour-intensive nature of the profession that necessitated a commitment that required long hours invested daily and spilt into weekends too.

“I promised myself when I was a kid and a teenager that I would never ever enter the optical business,” Henrik, the founder, CEO and creative director of Danish family-owned eyewear company Lindberg told Gulf Business. “So I graduated as an architect and began working as an architect.”

At around the same time though, his father reached an age where he required to start wearing glasses. Dissatisfied with any of the options that were available in the market, he decided to design his own. Henrik had a keen sense of design, and Poul-Jørn approaching his son to work on the design was an organic decision. “My father asked if I could spend some evening and weekends together with him to find if we could make something. In the beginning, the idea for us was to finalise a design and then find someone who could manufacture that design. My plan was to go back to the architecture business when this was over.”

But that wasn’t to be the case. The design that the father-son duo were working on was a radical one. The minimalist frame design that they conceived didn’t have screws, rivets or welded components. While Henrik says that they initially considered working with stainless steel, the family came across titanium, a material that at the time had largely been used by commercial enterprises and was extensively used in the space industry. “We came in contact with titanium which was at the time just released for commercial use. It suddenly lifted the project from being an eyewear design product to something completely new for the eyewear business. 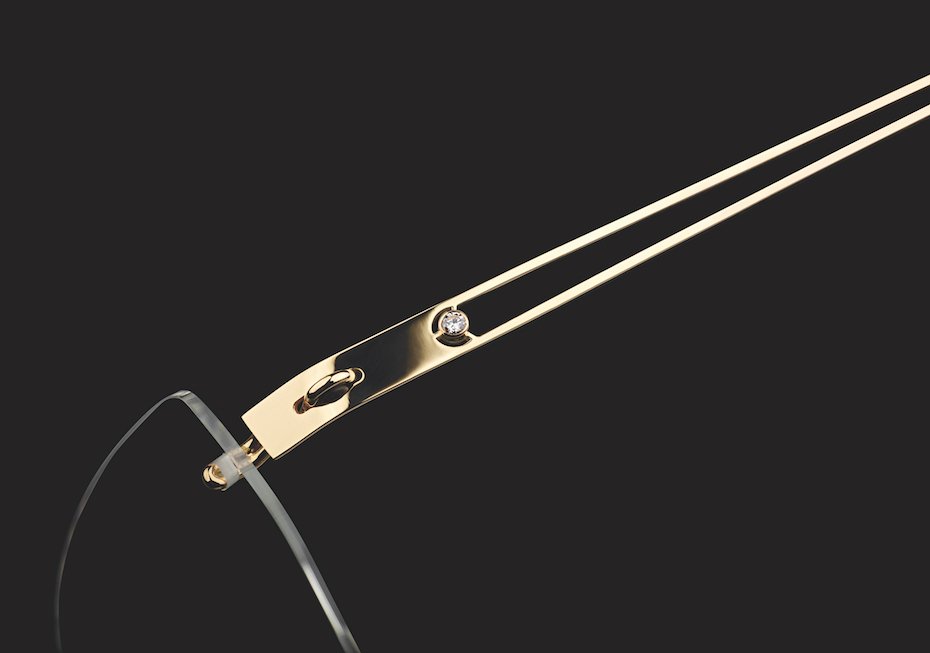 “The manufacturers we thought could help us, couldn’t because they didn’t have the machinery to bend the wire without scratching it. That was when we decided we needed to make everything ourselves. Before we could make and sell the first piece, we had to make the tools.”

It led to a three-year journey to create its first collection, the AIR titanium frames. From designer to manufacturer, it was time for the brand to market itself. But rather than going the distributor route, they decided to go direct to the optometrist – a model they follow to this day – and started by attending as many trade fairs as they could to generate a buzz.

Henrik recalls attending one such trade fair at the World Trade Centre in Dubai over three decades ago, during which the brand earned its first customers in the region. Since then, it has expanded to other countries in the region including Kuwait, Bahrain and Saudi Arabia which have been strong markets for it. “Today Lindberg has more than 5,000 partners in over 135 countries. We only have one boutique [of our own], but we have boutiques which are named Lindberg. In Dubai, there is one. These are customers of Lindberg who want to exclusively sell Lindberg products. We have such stores in the Middle East, China, Holland, Germany. These are good partners – not a franchise, but partners who are allowed to use the Lindberg name,” notes Henrik.

In the UAE, Lindberg has partnered with Al Jaber Optical and Magrabi Optical, while in Saudi Arabia it is available through Al Badr boutiques, in Bahrain with Optica stores and Kuwait with International Optique.

Henrik says that the brand has found a high turnaround of its products here in the region. “The shifting cycle of an eyewear in Western Europe is around four years, in an Arab country it is less than a year,” says Henrik, while adding, “Most of the eyewear we are selling in the Arab market is not to tourists, but the resident population.”

After its pioneering use of titanium, Lindberg has marched forward an agenda of material innovation. It began to use acetate, which is made of cotton, and combined it with titanium to create pieces like the Air Titanium Rim Rui which has an inner rim made of acetate which is mounted without any adhesive.

Lindberg has also worked with buffalo horn, a material whose chemical composition stubbornly attempts to return it to its original shape, and hence the Lindberg team of engineers had to work at breaking down its structure to make it suitable for its use in eyewear. Its træ+buffalo collection, for example, combines horn with fine wood variants including olive, padauk and smoked oak. 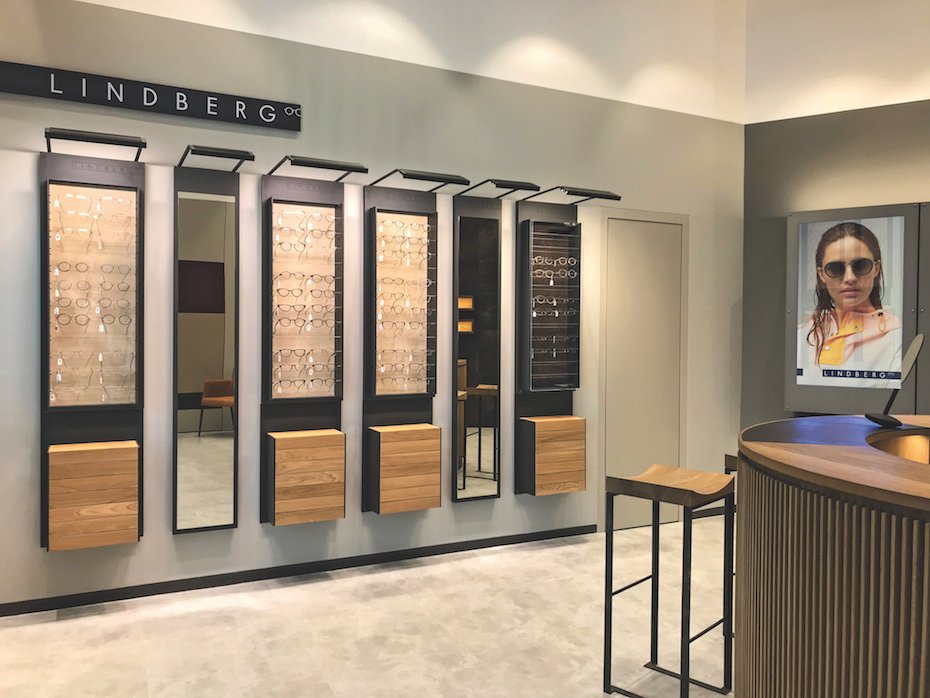 The brand has also been using a new composite material, for which it worked with chemical engineers to design the ultra-lightweight material that combines with titanium. With all these material innovations, it is not uncommon to find frames that weigh as little as 2 grams.
Its top-of-the-line Precious collection includes frames, entirely handcrafted in Denmark, and made from 18-carat yellow gold, pink gold, white gold, platinum and black gold.

Lindberg accepts several bespoke orders too, for which the brand also sets rare stones on the frames if the customer requests it. Henrik cites the example of an Indian customer who, around four years ago, ordered a pair of frames set with two very rare stones from the Argyle mine in Australia renowned for its pink diamonds. With the mine set to close next year, he says that the value of those two stones itself has climbed around 40 per cent since the purchase. “Lindberg is the biggest manufacturer of precious metal eyewear in the world. Some of them are made with a jeweller and include pink or blue diamonds which are difficult to get hold of. You can buy a few pieces on tender in Hong Kong once a year.”

Lindberg’s positioning as being “the Apple of eyewear” means it has a firm organic following among celebrities. You’ll spot a pair on the likes of Bill Gates, Brad Pitt, Queen Elizabeth II (she favours the rimless Spirit 61 frame) and Queen Margrethe II of Denmark. It has also been appointed to the Royal Danish Court and the Danish Queen is a regular customer at the optometrist shop run by Henrik’s sister. “Fifty per cent of all the frames we sell are made specifically for one end user somewhere in the world. After we get the prescription of how long to the ear, how wide the nose, as well as the colour combination, we put it together and ship it to the optician.”

While the now 35-year-old brand forges on, Henrik will eventually need to determine a succession plan. His eldest son lives in Copenhagen and works as a software engineer, while his younger son is training with the company’s toolmakers. Henrik’s sister, an optometrist who took over their parents’ optical shop after their father retired 20 years ago, is also the co-owner of Lindberg. Her oldest daughter works as an optometrist in the shop while her younger son is in a design school in the south of Denmark. “I don’t know what they want. I don’t want to press them, because this is a 24×7 operation,” says Henrik, only too aware of how he felt about the business when growing up. “I still enjoy my work and still feel I can deliver something.”

Pointing towards a self-confident outlook for the business, Henrik adds, “We don’t have to cover the entire eyewear market, we only have to have a little part of it.” No one need remind him that he may have captured the most lucrative little part of it.