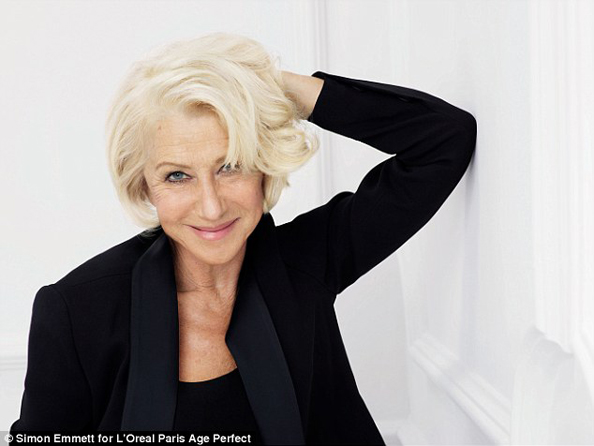 In our October issue of Emirates Woman we revealed that beauty really is amazing at every age and to prove us right Dame Helen Mirren, who is 69, has just been named as the new face of cosmetics brand L’Oreal.The striking silver-haired actress will be the face of L’Oreal Paris Age Perfect, joining famous faces who are half her age, including singer and The X Factor judge Cheryl Fernandez-Versini, 31, model Lara Stone, 30, and Hollywood actress Blake Lively, 27, on the L’Oreal books. However, Helen Mirren is not the most senior ambassador on the beauty brand’s portfolio – Jane Fonda, 76, holds that title.

It comes as no surprise that the award-winning actress has been chosen for a beauty campaign, we’re more surprised it has taken so long for her to be snapped up. A modern-day screen siren, Helen Mirren has always been a pin up, and, much to her annoyance, is renowned for always “getting her kit off”. However, with body that is the envy of women half her age, and younger, – remember those red bikini shots – we don’t blame her for flaunting it.

During the filming of The Calendar Girls – a true story in which she portrayed one of the members of Yorkshire Women’s Institute who disrobed for a charity calendar – the film’s director said he had to remind the actress to stop strutting around in her birthday suit after the scene was shot. He said: “After one nude shoot, I recall having to tell Helen Mirren to put her robe back on three or four times.” 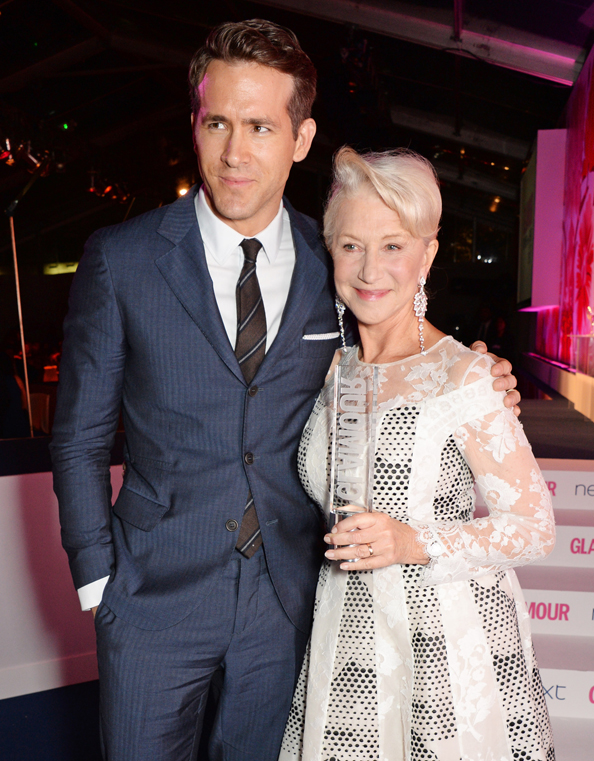 A bona fide beauty icon Helen recently admitted her regime in a recent interview. She said: “I wear make-up every day. I love putting it on, and I get really into it: a little bit of this here, a little bit of that there… But then I stand back and look in the mirror and it’s awful! So I take it all off because I’ve gotten too anal about it. It’s absolutely true that as you get older, you have to wear less and less make-up. You can get away with naked eyes if you’ve got red lips. Or red lips and sunglasses.”

When it comes to her skin she has always spoken highly of L’Oreal products, long before becoming an ambassador, praising the brand for its “amazing technology.” She spends less time on the maintenance of her famous locks, admitting she can’t handle “going to the hairdresser every six weeks, so I only go about once a year. In between, I get out the scissors and do something, usually rather disastrously. Sometimes I’ll even chop my hair the morning of a big red-carpet event.”

Either way we are delighted that the British star has finally been recognised for her outstanding beauty – she should win a Golden Globe for that alone… Proving how fun she is, Helen Mirren even twerks – we couldn’t adore this woman more!

Beauty
Is this Dhs2,400 hair tool worth the splurge?
18 hours ago