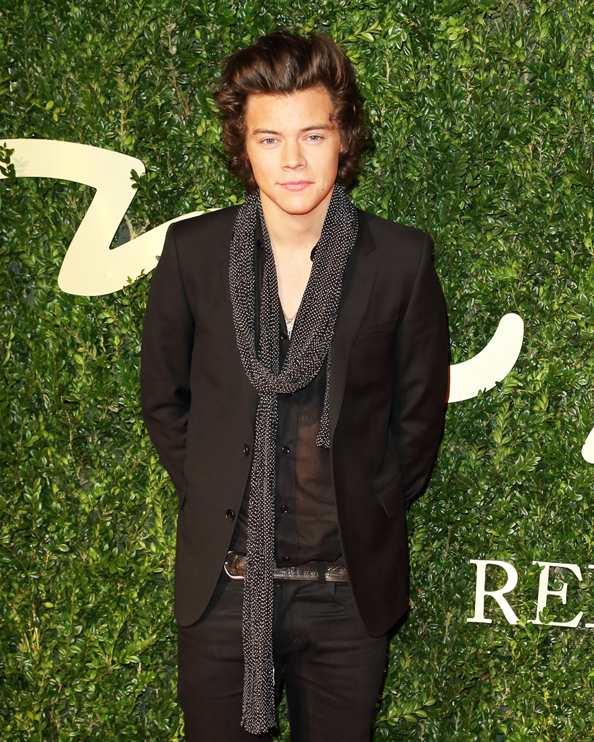 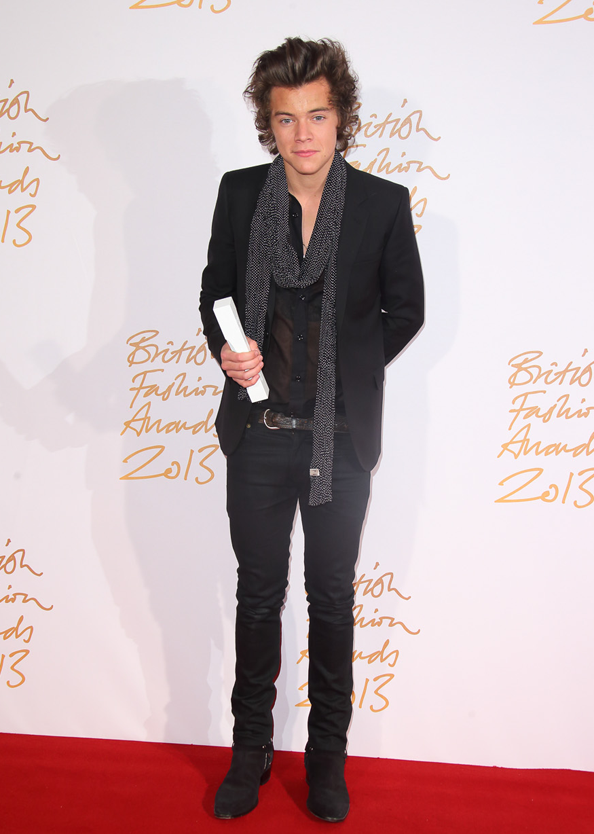 Designers, models and serious stylistas headed down in full force to the London Coliseum this week for the annual British Fashion Awards (BFA), a prestigious event where the most sartorial savvy and talented are recognised and rewarded.

What was perhaps a little less predictable was the announcement of the British Style Award. With the likes of David Beckham, Kate Middleton, Kate Moss and David Gandy in the running, it’s no wonder it’s one of the hardest categories to judge. But in this round, the public were involved, which could be why One Direction heartthrob Harry Styles, with his skinny jeans, unruly curly hair and daring fashion sense – he wore leopard print on the front row at fashion week – won the vote.

Controversially, Alexa Chung, the previous winner of the Style Icon award, in fact an award she’d won three years in a row, relinquished her crown and passed it over to Harry – ­ the new king of British fashion!

Wearing Saint Laurent by Hedi Slimane and his signature skinny neck scarf, the modest winner said: “Thank you for voting, this is very, very kind. Thank you for having me here, I really appreciate it. Thank you.”

While it can might be argued that his loyal yet fierce followers were the reason behind his triumph, it seems there might be something in his unexpected victory. According to the British Fashion Award criteria, the Style Award goes to “an individual who most embodies the spirit of British fashion and is an international ambassador for London as a leading creative fashion capital.”

As well as hanging out with the UK’s cool crowd including TV presenter Alexa Chung and BBC Radio One DJ Nick Grimshaw, the 19-year-old singer has also been spotted front row, during fashion weeks at Burberry and House of Holland and he is rumoured to be dating model Kendall Kardashian. So, it seems his signature skinny jeans, suit jackets and Chelsea boots are really working their charm for Harry. Well, he’s certainly won us over.

And the winners were…

Menswear Designer Of The Year: Burberry

International Designer Of The Year: Miuccia Prada for Prada

Designer Brand Of The Year: Burberry

Model Of The Year: Edie Campbell