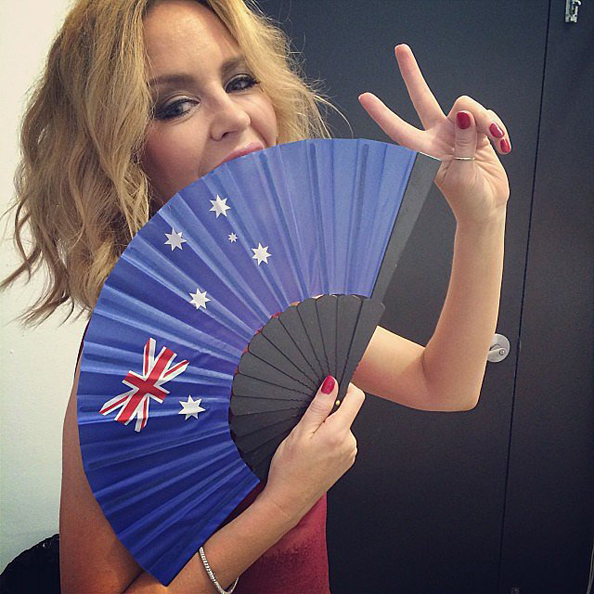 We can’t deny that Australia played something of a pivotal role in our upbringing. Not because we lived there (well, not all of team EW), but because, growing up, we were glued to the likes of Home & Away and Neighbours – you know you’re way too into a show when you start developing an accent and reeling off phrases like: “G’Day mate,” and “Flaming Galah”. However, there is more to the Aussies than cult TV shows, the Antipodeans have become synonymous for great culture, great actors and great cities, so to honour Australia Day we look at five of our favourite things about the country.

Before we start however, we offer a little bit of education. For those who don’t know, Australia Day marks the anniversary of the 1788 arrival of the First Fleet of British Ships at Port Jackson, New South Wales, and raising of the Flag of Great Britain at that site by Governor Arthur Phillip. Now, let’s get on with what we love the most about Australia… 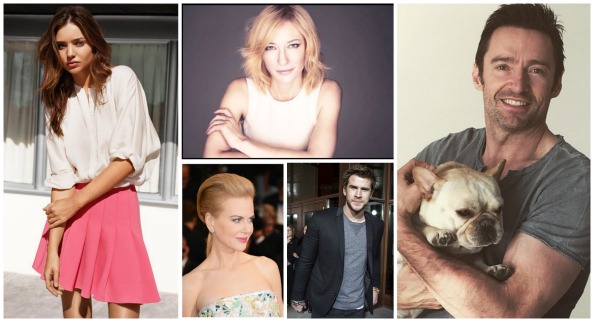 Hollywood is awash with incredibly talented Aussie stars (many from the Home & Away and Neighbours alumni). From Nicole Kidman, Mel Gibson, Isla Fisher and Russell Crowe to Sam Worthington, Hugh Jackman, Melissa George, Geoffrey Rush, Cate Blanchett, Toni Collette, Naomi Watts, all the gorgeous Hemsworth brothers and, of course, the Minogue sisters. Also, we should give a shout out to the models, too – Happy Australia Day to Miranda Kerr and Elle McPherson. Forget Tinseltown, it’s more like AussieTown (cheap joke). From the majestic Blue Mountains to the natural wonder that is the Great Barrier Reef and the spectacular Uluru (Ayers Rock), no one can compete with the eclectic beauty that Australia has to offer. The fabulous thing about the vast country is that you can travel from one end to the other and experience a wealth of different landscapes, climates and people along the way.

Here’s one for your next trivia quiz: Australia has more than 378 mammal species, 828 bird species, 4,000 fish species, 300 species of lizards, 140 snake species, two crocodile species and around 50 types of marine mammal. More than 80 per cent of the plants, mammals, reptiles and frogs are unique to Australia. Now that’s pretty impressive. Some of the best-known creatures are the kangaroo, koala, echidna, dingo, platypus, wallaby and wombat. 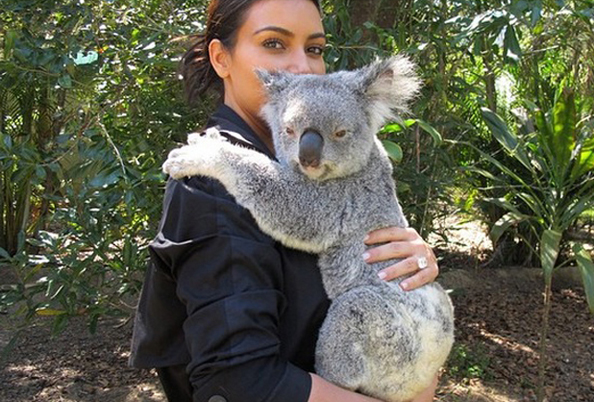 Kim Kardashian acquaints herself with the Australian Koala If anyone knows how to work hard and play hard it’s the Aussies who seem to perfect the life/work balance – it ranks in the top 34 countries in the world. Anyone who walks through its parks will find free exercise equipment for public use, families bonding through activities, friends catching up in one of the trendy cafes and trendsetters getting their fashion fixes in the eclectic markets. And let’s not forget their penchant to throw a shrimp on the barbie while enjoying some amber nectar.