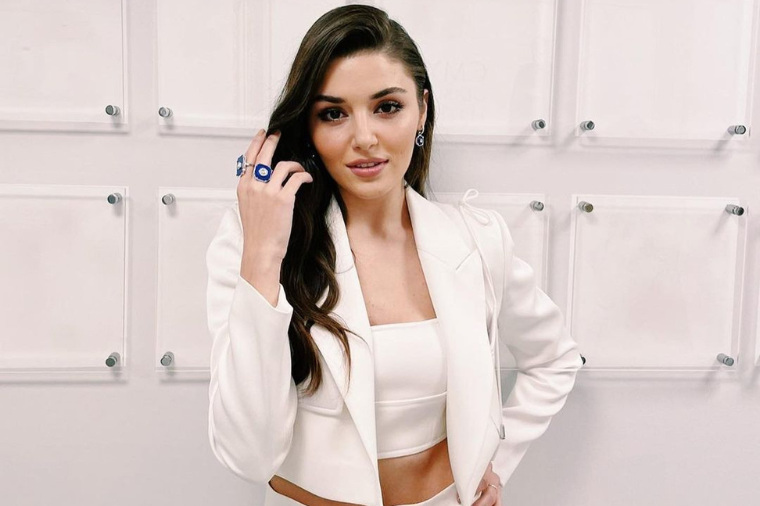 When it comes to a global presence, Turkish actresses are making their mark.

From brand ambassadors to appearing on the big screen, these talented individuals are constantly inspiring future generations.

As the Turkish entertainment industry continues to grow, Emirates Woman takes a look at all the actresses to follow on Instagram.

One of Turkey’s biggest TV stars, Erçel has garnered a massive social media following on Instagram at just 28 years old. She has reached some incredible milestones in her career with popular television shows under her belt such as Sen Çal Kapimi (You Knock on My Door). Her career in the spotlight began with modelling and when she competed in the Miss Civilization of the World Contest and ended up being a runner-up in Azerbaijan. As a brand ambassador of brands such as Atasay Jewelry, L’Oreal and many more. As one of the most renowned names in the industry, she has hit 28.2 million followers.

The 39-year-old actress wears many hats with her array of talents. During her career, she has received a host of accolades for her role in various TV series. As a popular name in the industry, she has worked with Netflix on several upcoming series such as Another Self and Rise of Empires: Ottoman, that is all set to release this year. In 2014, Büyüküstün was also given the title of UNICEF’s Goodwill Ambassador to improve the rights of children in Turkey. The actress has garnered a massive fan base of around 5.6 million followers on Instagram.

The German-born Turkish actress and model, Evcen is known for her roles in the TV series, Yaprak Dökümü and Çalikusu. After beginning her career at a young age, she made her cinematic debut with the film Cennet in 2008. She has gained over 13.1 million followers over the years after achieving success in the industry.

Having played multiple roles over the years, Kaya is best known for her role in the television series Adını Feriha Koydum and Filiz in Bizim Hikaye. She has appeared in multiple music videos and albums as the leading star. Over the years, her following has reached up to 7.1 million and is growing daily.

As a multi-talented name in the industry, this Turkish actress balances many roles such as a comedian, model and dancer. Her career began with the series Sana Bir Sir Vereceg Vereceğim, moving upwards from there, as the series developed a loyal fan base. Besides acting she took on many roles, such as the brand ambassador for Pantene, making her reach a following of 15.1 million on Instagram.

The Turkish actress and model made her acting debut with a minor role in the movie Şaşkın, later appearing in the television series Peri Masali, she was later awarded the first runner-up at Miss Turkey, adding to her diverse portfolio. As the face of numerous brands, she has won a host of accolades leading to 9.3 million followers on Instagram.

As one of the most popular actresses due to her role in the series Faith Harbiye, where she met the love of her life. Atagül has a remarkable presence both onscreen and offscreen. She has also been awarded the international Emmy Award and has made remarkable strides in the films Araf and Sensen Bana Kalan. Her total following on Instagram now amounts to 13.3 million.

Her rise to fame came after her role in the Netflix series Aşk 101. She’s both an actress and model who has appeared as a cover star on several occasions. She transitioned from her career in dance theatre to working as a model in commercials and magazines and eventually became an actress. At present, she has around 4.6 million followers.