To say Halima Aden has broken down barriers in the modelling industry would be an understatement, she’s also given a voice to so many others who were previously underrepresented in the world of fashion.

However, even on your journey to success sometimes there are compromises made that you regret, which Aden has candidly opened up about.

Taking to Instagram, the 23-year-old posted multiple stories, reflecting on both positive experiences in the fashion industry, and other experiences where she was made to compromise her beliefs, in particular when it came to wearing her hijab.

Aden’s first post on the matter was about her first-ever fashion campaign with Fenty and Rihanna. She revealed that the singer let her wear the hijab she brought to set. “This is the girl I’m returning to, the real Halima,” the model said.

What followed were a series of posts about how she often compromised her beliefs on shoots in order to be accommodating.

“I wish I never stopped bringing my black hijab to set. Because the minute I got comfortable… let’s just say I got too carried away,” she admitted.

“I can only blame myself for caring more about the opportunity than what was actually at stake. I blame myself for being naive and rebellious. What I do blame the industry for is the lack of MUSLIM women stylists.”

Aden posted a series of examples of how jeans were placed on her head for a campaign, replacing her hijab; how her scarf style was changed so she could wear a necklace; how she participated in events where the scarf that covers her chest wasn’t present; and more.

Closing off her series of Instagram posts, the model, who became the first-ever hijabi model for IMG, admitted she needed to make the mistakes she has to become a role model. 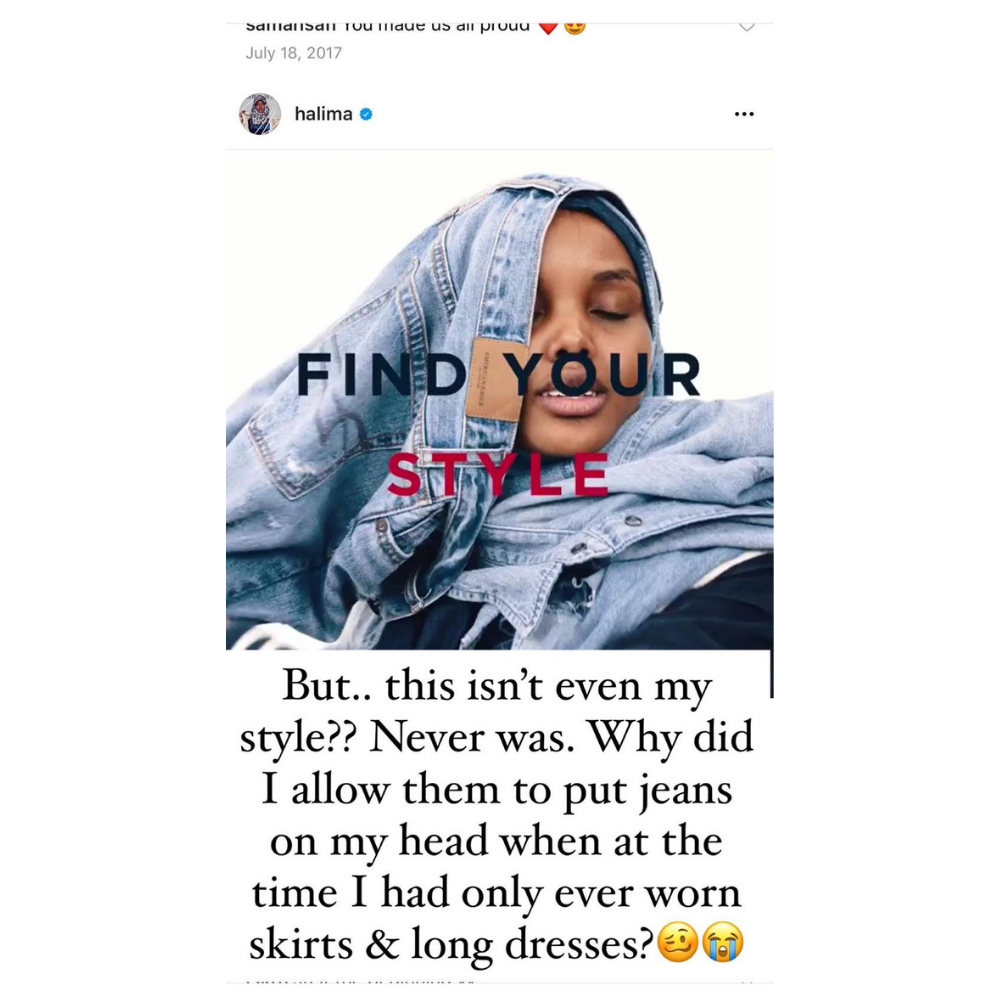 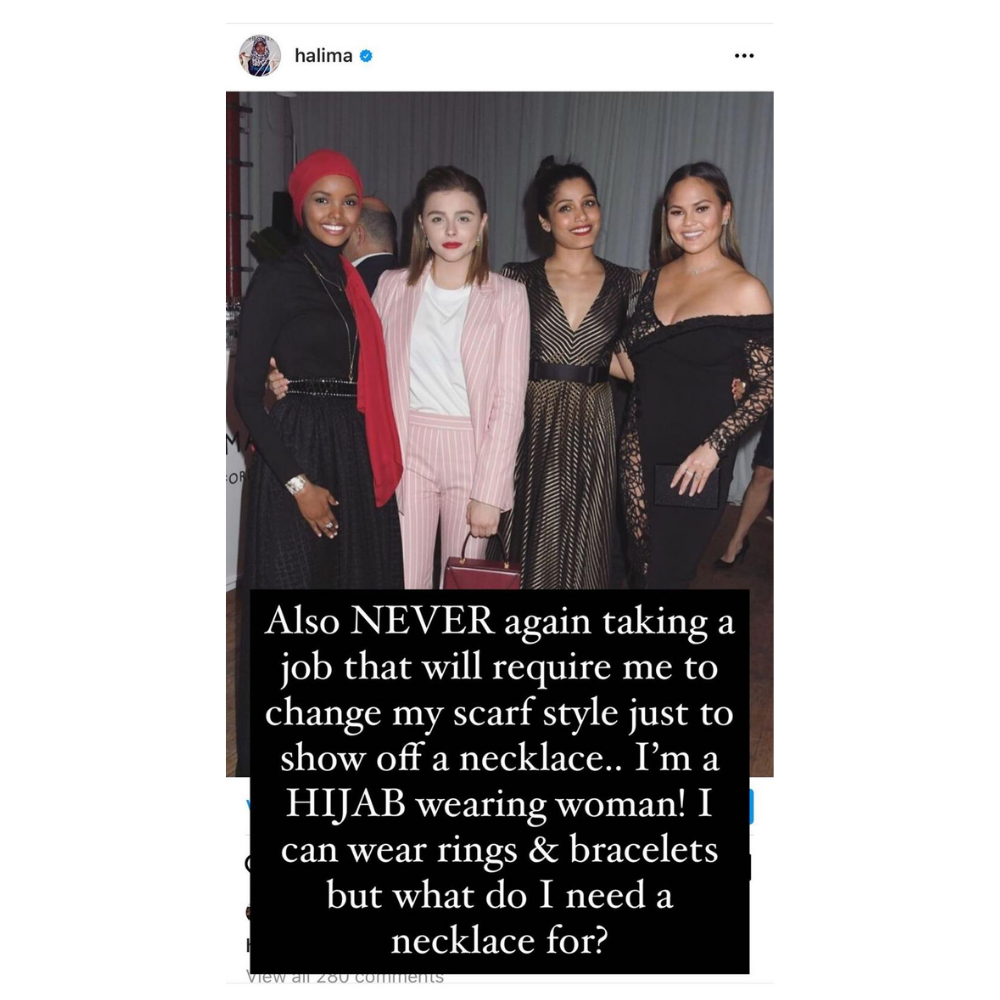 “I had to make those mistakes to be role model you all can trust,” she said. “Remember I had no one before me paving the way so mistakes are part of the learning experience.

“I did good, but that isn’t enough we gotta have these conversations in order to truly change the system.”

With that, Aden has deleted a number of posts from her Instagram page from previous photo shoots she wasn’t comfortable with.

Aden recently opened up to Emirates Woman just how seriously she takes being a role model for many, always wanting to be there to inspire young women with her story.