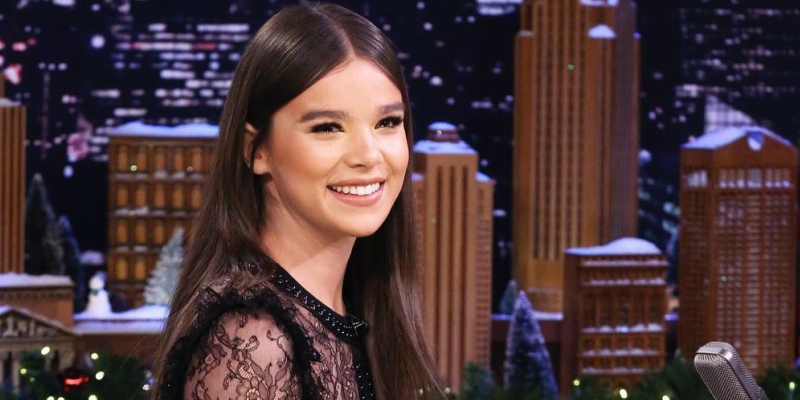 A modern twist on the classic LBD

American actress, Hailee Steinfeld’s promo tour wardrobe for her latest film Bumblebee has been very experimental. However, she toned things down in an Elie Saab cocktail dress during an appearance on The Tonight Show Starring Jimmy Fallon.

Hailee has been jetting around the world, from Hong-Kong to LA, to promote her latest film Bumblebee. The movie is the sixth film in the Transformers series, but is a stand-alone origin story. The film follows the charming tale of a girl and her car-robot as they set of on an adventure together.

The 22-year-old stunned in a little black dress from the Lebanese designer’s Ready-to-Wear Spring/Summer 2019 collection. The dress featured sultry lace, studs, and strategic opaque black panels. She finished up the look with a straight hair-do, and smoky eyes.

The actress posted selfies of herself backstage stage, which she captioned, “BACKstage at Fallon getting ready TO hit the stage, what a LIFE. see what I did there? Ok goodnight. #BackToLife #Bumblebee.” Hailee was referencing the film’s promotional single “Back to Life,” which she sings.