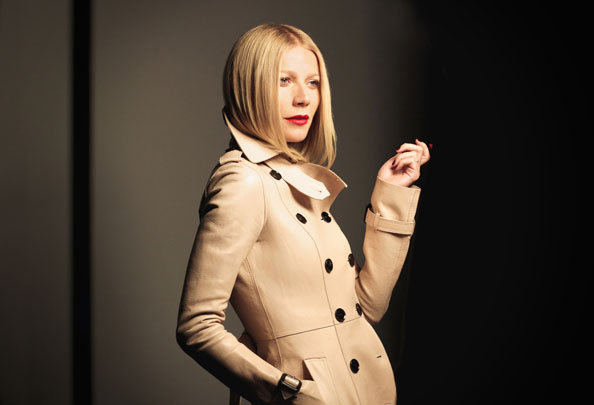 Poor Gwyneth Paltrow hasn’t been having a good time since her “conscious uncoupling” from her husband of 11 years, Chris Martin. However, while it is usually her idyllic lifestyle that sees her at the mercy of cruel critics, it seems the latest tirade against her could’ve been avoided if she didn’t compare the struggles of fame to that of warfare.

The actress has come under fire for her comments in which she likened the life of celebrity to being in a war, causing outrage among the US Army special forces, with one member, Green Beret Bryan Sikes, slamming the actress in a sarcastic column.

The Goop founder made her controversial comments during a speech at the first annual Code Conference, in which top digital technology influencers talk about the industry.

“It’s like the scabs from your high-school wounds being ripped off on a daily basis,” she said about life in the public eye. “Celebrities, we’ve always gotten stones thrown at us and, you know, for good reason: We’re annoying. Some of us look okay, we look like we have money, our lives seem great. That may or may not be the case … Nevertheless, we ‘get’ it. Or, at the very least, we expect that it’s part and parcel to what we do… Anyone in any field who has their head rise above a poppy in the field, they get their heads chopped off. It’s our human nature to feel that way, and to do it. … Everybody takes sh**, it’s just the way it is.”

Unfortunately her comments didn’t end there. She later added: “You come across [online comments] about yourself and about your friends, and it’s a very dehumanising thing. It’s almost like how, in war, you go through this bloody, dehumanising thing … My hope is, as we get out of it, we’ll reach the next level of conscience.”

He wrote: “I’d first like to start out by saying how terrible I feel for you and all your friends that on a daily basis have to endure mean words written by people you don’t know. I can only imagine the difficulty of waking up in a 12,000sq ft Hollywood home and having your assistant retrieve your iPhone, only to see that the battery is low and someone on twitter (the social media concept that you and all of your friends contribute to on an hourly basis to feed your ego and narcissistic ways), has written a mean word or two about you.”

Adding: “You know what is really “dehumanising”, Miss Paltrow? The fact that you’d even consider that your life as an ‘A-list’ celebrity reading internet comments could even compare to war and what is endured on the battlefield. You and the other ‘A-listers’ that think like you are laughable. You all have actually convinced yourselves that you in some way face difficulty on a regular basis. Let me be the first to burst your bubble: a long line at Starbucks, your driver being three minutes late, a scuff mark on your US$1,200 shoes and a mean tweet do not constitute difficulty in the eyes of a soldier. Understand me when I say this: war does not define me. It is a chapter in my life that helped shaped me. Being a husband and father is what defines me. Remember, sticks and stones may break my bones but words will never…be close to what war is.”

This is not the first time Gwyneth has landed in hot water for her insensitive comments. Earlier this year she infuriated mums across the globe when she suggested that they have an easier life than celebrity mums.

“I think it’s different when you have an office job,” she said, “because it’s routine and, you know, you can do all the stuff in the morning and then you come home in the evening. I think to have a regular job and be a mum is not as, of course there are challenges, but it’s not like being on set.”

Word of warning, Paltrow, perhaps it’s time to start thinking before you speak.