Here’s why Gucci will stop using fur from 2018 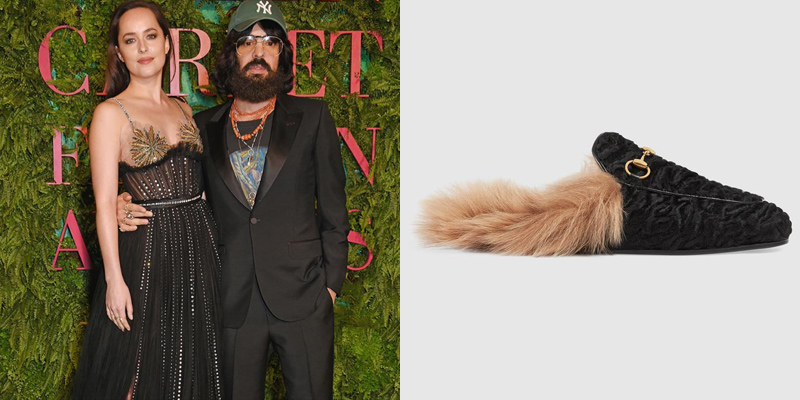 No more fur-lined loafers, then…

Italian fashion heavyweights Gucci have announced that as of their spring summer 2018 collection, they’ll no longer be using fur in their collections. For a house that popularised the fur-lined loafers we’ve been seeing everywhere for several seasons now, this is a big move, but it comes amidst mounting pressure from animal rights groups and changing consumer tastes.

Since Alessandro Michele took over as creative director in January 2015, Gucci has gone from strength to strength. Sales have risen, and the brand’s more-is-more aesthetic has been everywhere, from the red carpet to Instagram to the street.

READ:
Ciara seriously upped the star power in this Arab-designed robe…
Check out this model’s sweet tribute to her Egyptian grandparents

Chief executive Marco Bizarri’s statement suggests that the move had been planned for some time.

“In selecting a new creative director, I wanted to find someone who shared a belief in the importance of the same values,” he said. “Fur is not modern, it’s outdated,” he added in a talk with Gucci’s parent company Kering.

Fur Free: Gucci joins the @furfreeretailer, #lavonlus and @humanesociety announcing the decision to remove animal fur from all collections, beginning from #GucciSS2018. #Gucci already stopped the use of kangaroo fur in its #GucciPrincetown loafer line starting from the beginning of 2017, using lamb’s wool instead. #LCFxKering #furfreealliance

And those fur-lined loafers? While they were originally made with kangaroo fur, Gucci noted on Instagram that from the start of this year, they’ve been using lamb’s wool. The brand has also been known for its mink coats in the past. It’ll be interesting to see if they phase those out entirely, or move to a faux fur alternative.

In addition, the Sunday Times reports that existing fur items for sale on Gucci’s web store will be auctioned off to raise money for animal rights groups.

The move from Gucci comes after Armani, Ralph Lauren and Calvin Klein have all eliminated fur from the collections. Back in June, luxury e-tailer Yoox Net-A-Porter said they would stop selling fur across all their brands, including Net-A-Porter, The Outnet, and Mr Porter.

A silk dress from the #UnskilledWorker collection features a yellow floral print and ‘Lady Bugs’ a portrait of a young Italian family by the artist @unskilledworker. #AlessandroMichele. Discover the exclusive Gucci.com collection through link in bio. Art Director: @christophersimmonds Photographer: Clara Balzary @clarazara

That decision was customer-led, the New York Times reported at the time. A survey of over 25,000 customers showed that over 50 per cent of the sites’ regular shoppers didn’t want to see fur sold.

“We’re making some sacrifices,” chief executive Federico Marchetti told the NYT. “You can’t go around saying you are a customer-centric business and not listen to your customers.”

Marchetti added that the response from customers has been overwhelmingly positive. He received a lot of emails that just said “Finally!”

While there’s a clear movement away from fur, it’s not industry-wide. Fendi have shown three fur-only collections under Karl Lagerfeld’s direction.

There are markets, including the Middle East, where real fur is still highly sought-after. We’ll be interested to see how this bold move goes over.

In any case, we can’t see Gucci’s current creative roll slowing down at all.