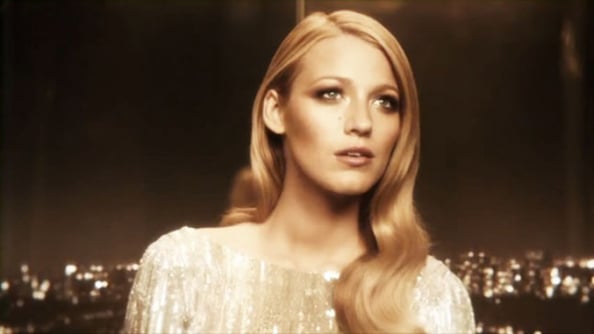 Oozing all-American charm, Blake Lively, stylishly dressed in an olive green leather dress that compliments her dazzling azure eyes and her tumbling blonde locks, talks candidly about her family life and holiday season traditions in an Emirates Woman video exclusive, as she celebrates being the face of the new Gucci Premiere. Blake Lively, the face of the original Gucci Premiere eau de parfum, reprises her role for the new, softer eau de toilette.  In the ad campaign, which is photographed by the illustrious duo Mert Alas and Marcus Piggott, Blake brings her own brand of feminine strength and assurance, revealing just why she is considered Hollywood’s modern-day screen siren. “For me, fragrance is bottled confidence, you spray it and you immediately feel empowered – there’s a sensuality that comes with fragrance and there’s a power that fragrance has on other people,” said Blake. |But while Gucci Premiere represents red carpet moment or a big night out, the new version is softer. It has a great presence of the original… You really can wear it as your everyday fragrance.” In her video interview Blake, who is married to Hollywood heartthrob Ryan Reynolds, discusses her other favourite scents in life – those smells that remind her of her family and Christmas. In a rare, honest and open interview she discusses her family traditions, her love of baking – though, apparently her dad is the best at making cookies – and why she is so supportive of Gucci’s Chime For Change Initiative. We guarantee you, you will fall in love with Blake after watching this video, we know we certainly did. Here are five things you might not have known about the actress: Her dad, Ernie Lively, is an actor. He has starred in American Pie 2, and The West Wing. Her mum, Elaine, is a talent manager. She was the only teenager to play her age in the 2005 film The Sisterhood of the Traveling Pants, the other actresses were older. She attended first grade when she was three. Her six-year-old brother was too nervous to attend on his own so Blake, being so tall, was enrolled early to give him company. She is keen to design her own fashion collection… watch this space. She loves Disneyland. When there she claims to be like a “dog with his tongue out the window.   Gucci Premiere, Dhs350 (50ml), is available at all leading beauty retail stores

Beauty
Is this Dhs2,400 hair tool worth the splurge?
17 hours ago