Grammy Awards 2014 | Round Up And Winners 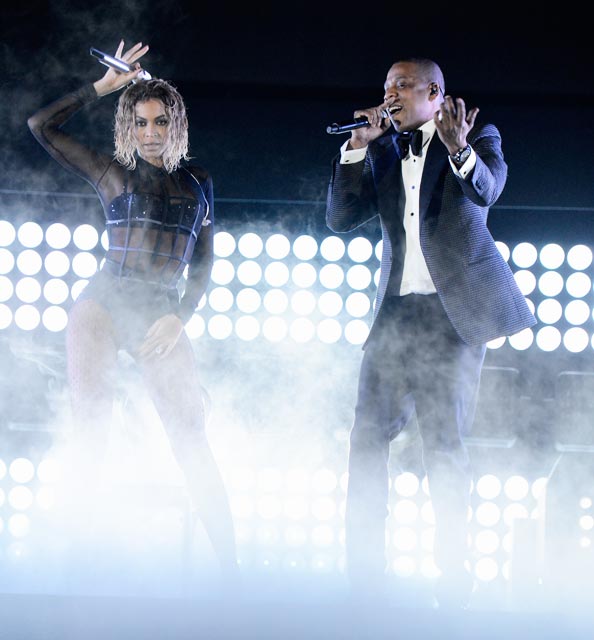 The 56th Grammy Awards began with a bang courtesy of Beyoncé and Jay Z who gave a lively performance of Drunk In Love, their duet from her recent eponymous album. The couple then went head-to-head later in the evening as they were both nominated for Best Rap Song/Collaboration with Jay Z eventually taking home the award for Holy Grail his collaboration with Mr Trousersnake Justin Timberlake. Ever the epitome of class, Beyoncé seemed more than happy for her man to take the spotlight, especially after he dedicated the gong to their daughter Blue Ivy and promised to give her the award as a “gold sippy cup” when he got home – too cute. Find out who else won, who shone and who lost.

Other notable performances on the night included Katy Perry, who sang her latest single Dark Horse and Taylor Swift, who despite not winning the Country Album Of The Year Award as expected, still gave a show-stopping rendition of All Of Me from her hugely successful album, Red. Pink, who wowed in her demure crimson Johanna Johnson gown, changed into a lace bodysuit to perform her powerful song Try. The big winners of the night were Macklemore and Ryan Lewis who were joined by a cane-wielding Madonna to sing their hit Same Love. 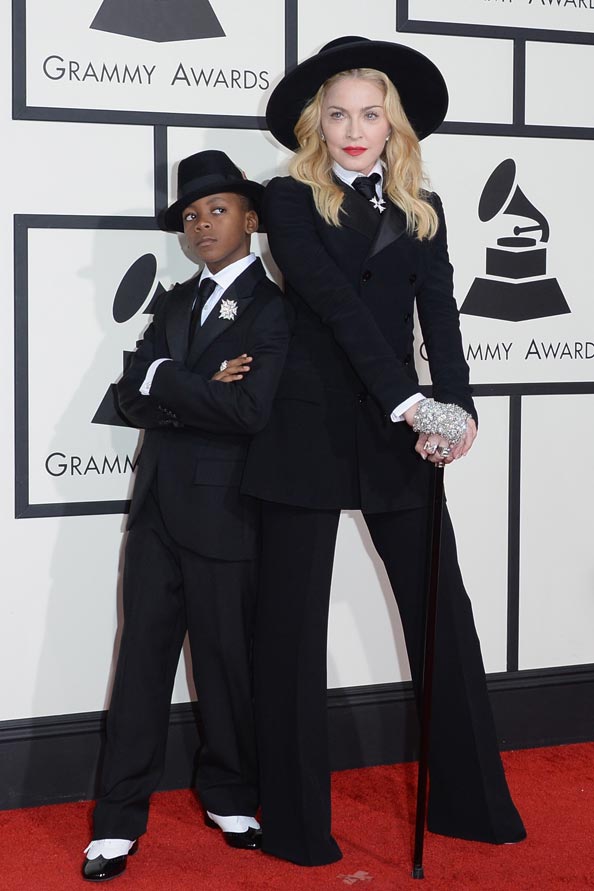 Madonna with her son David

*Please note: the cane wasn’t Madonna giving into her age, but rather a questionable fashion statement.

Relative newcomer, 17-year-old Lorde was honoured with the prestigious Song Of The Year Award for her worldwide hit Royals, beating out the likes of Katy Perry and Bruno Mars. She also took home the Grammy for Best Pop Solo Performance for her debut album Pure Heroine. Clearly caught off guard by such a successful first run at the awards show, the teenager stumbled through her acceptance speech and seemed a little overwhelmed at being in the spotlight. She quickly composed herself later in the evening to give a haunting rendition of Royals with new BFF, Taylor Swift, cheering her on in the audience. 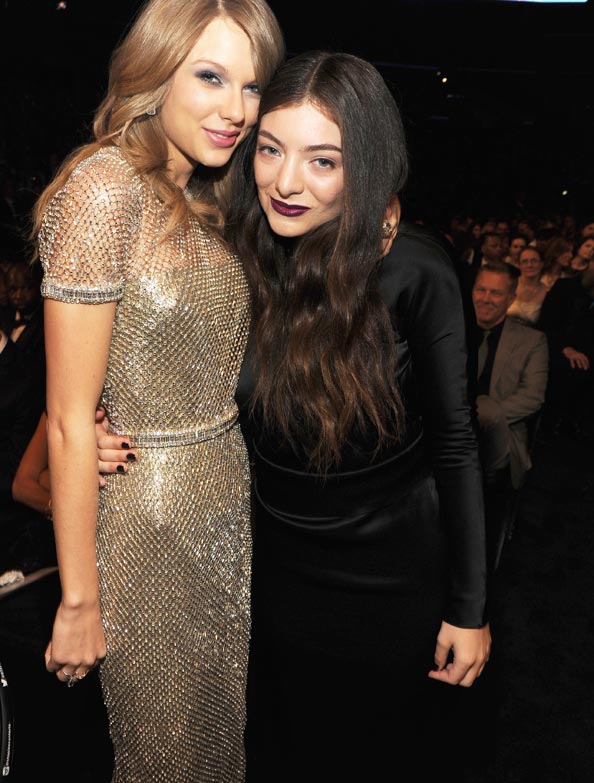 One of the top performances of th night goes to Daft Punk ft. Pharrell Williams and Nile Rodgers who deservedly won the Best Pop Performance for Get Lucky. The legend that is Stevie Wonder joined the group on stage to perform the hit.


Madonna and Katy Perry brought along family members as their plus one’s for the evening. The 56-year-old singer chose to bring her dapper son, David, who was dressed in a mini-me version of the star’s custom Ralph Lauren suit and Katy left boyfriend John Mayer at home, instead spending the evening with younger brother David Hudson. 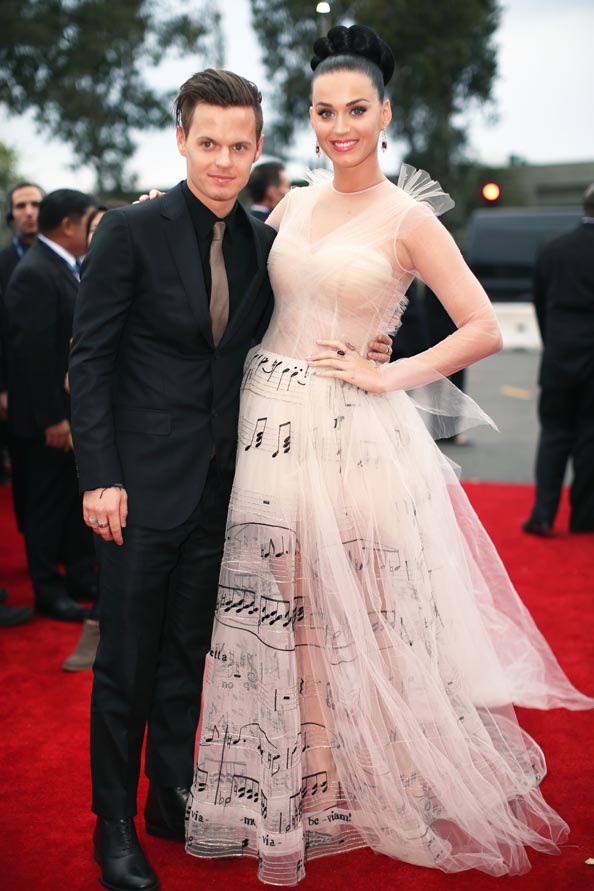 Katy Perry with her brother

The winners on the night:

Song of the Year: Royals, Lorde

Best Gospel Song: If He Did It Before… Same God [Live], Tye Tribbett

Best Folk Album: My Favorite Picture Of You, Guy Clark

Best Blues Album: Get Up!, Ben Harper With Charlie Musselwhite

Best Country Duo/Group Performance: From This Valley, The Civil Wars