For The Best Views Of Dubai, Go Further Up The Burj Khalifa In Style 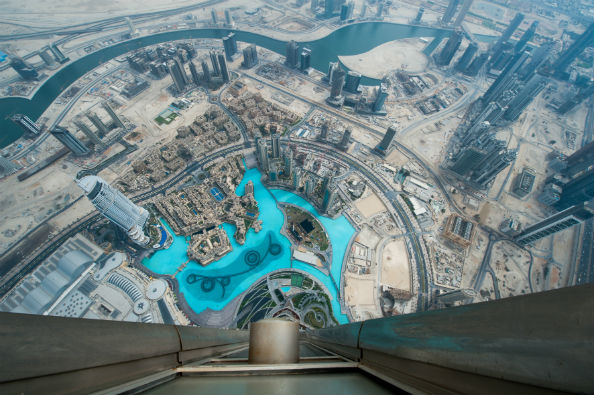 Are you yet to venture up Burj Khalifa? Well now you’ve all the more reason to. A new spiral staircase has been revealed, connecting At The Top on Level 124 to Level 125, a floor which serves as a tribute to Arab arts and culture.

The observation area of the Burj Khalifa, At The Top on Level 124, has had a brand new and swanky set of spiral stairs built, linking it to Level 125 –part of the At The Top SKY – from where premium ticket holders can further venture up to Level 148, at 555 metres high, for an unrivalled views of the emirate in all its glory.

We know what you are thinking: ‘Well, we could go up to level 125 and 148 before.’ And yes, you are technically right. If you had special tickets you could, but now the levels have undergone a makeover.

The Burj Khalifa experience consists of At The Top, which will grant you access to Level 124, and At The Top SKY which will allow you into the new Level 125 and beyond to Level 148.

The new detail is Level 125, now serves as a tribute to Arab art and culture, with a whole Masharabiya vibe as the central theme. You’ll also find At The Top’s signature Viewfinders, which double both as regular binoculars, as well as giving you a before and after insight into Dubai before it became what it is today.

As well as mesmerising panoramas, up on Level 148 you’ll now be treated to a sleek lounge area where you can soak up the skyline in comfort and style. You’ll also be able to take advantage of one of the coolest attractions in town – A Falcon’s Eye View, which consists of a huge screen on the floor showing off breathtaking bird’s eye views of Dubai below.

As far as the staircases go, the new spiral staircase linking Level 124 and 125 is an architectural attraction in itself. Consisting of 36 white oak steps and spanning a length of 100 metres with a giant crystal LED chandelier dangling in the centre, it’s pretty fancy. The staircase is also surrounded by glass, making the whole thing ever so tempting as the setting for your designated Burj Khalifa Instagram post, despite the crazy views of the city. 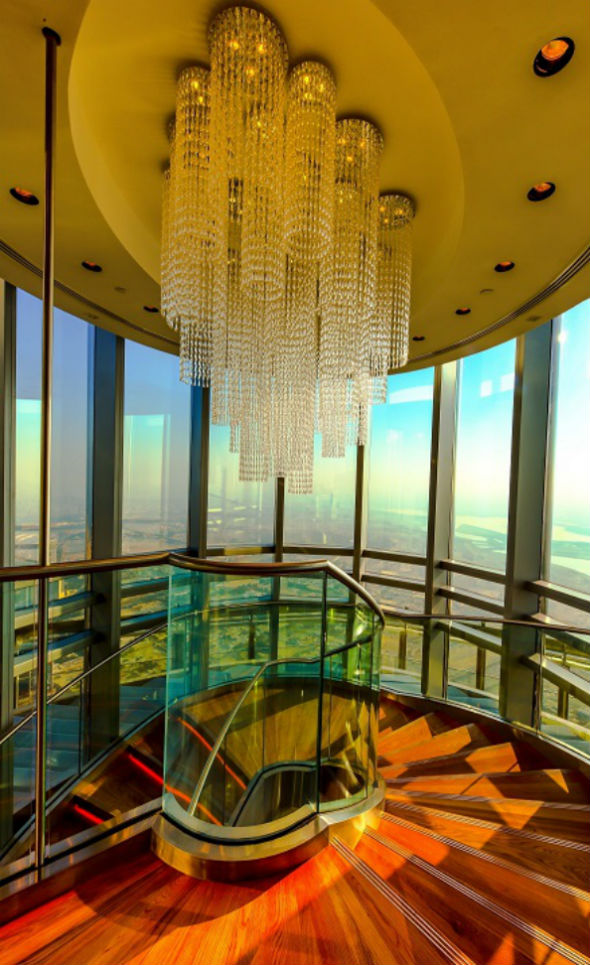 Tickets for At The Top and At The Top SKY can be bought here, or you can purchase them at the ticket counter outside the attraction. We would recommend booking in advance though, it can get a little busy – especially nearing sunset.

To give you a reference of how much further up the At The Top SKY experience is compared to the normal one, here’s a quick pic: 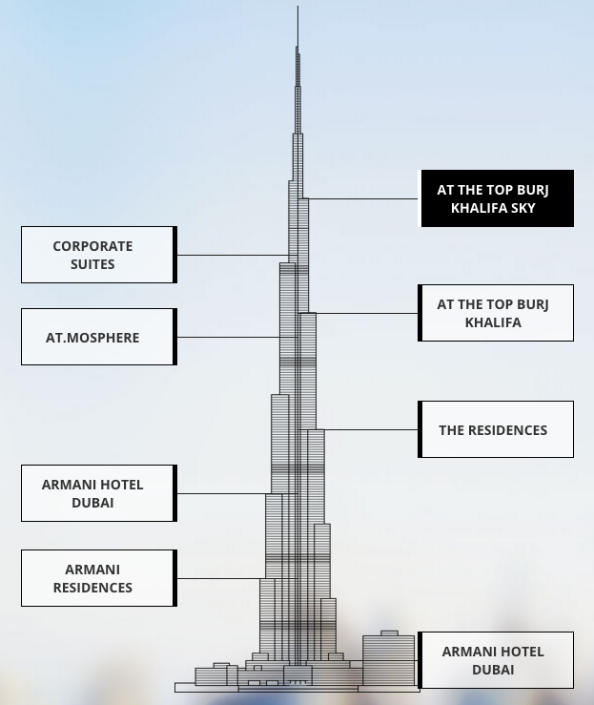