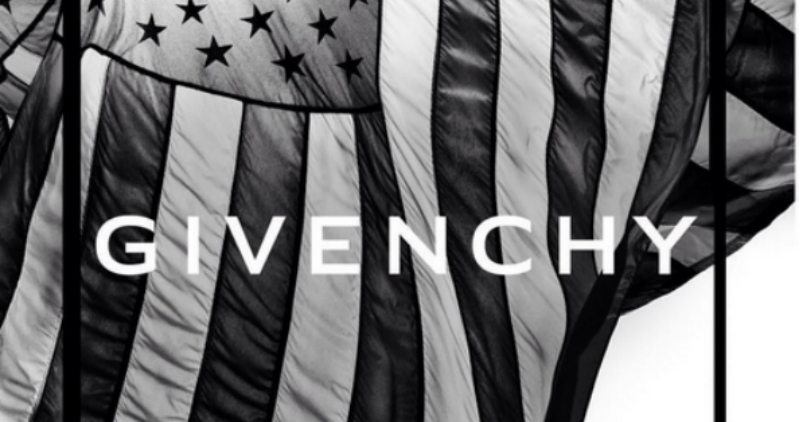 Emirates Woman jetted off to the Big Apple to witness history in the making – Givenchy‘s first show at New York Fashion Week. Here is everything you need to know about the biggest event in the style calendar.
Leaving Paris, Riccardo Tisci, for the first time, brought the highly anticipated Givenchy show to New York Fashion Week. Givenchy has staged its catwalk shows in Paris since 1952, but this season the Italian designer brought the French fashion house to Manhattan to showcase his spring/summer 2016  collection in celebration of his 10th year as Creative Director and also the opening of the brand’s flagship store in Madison Avenue. 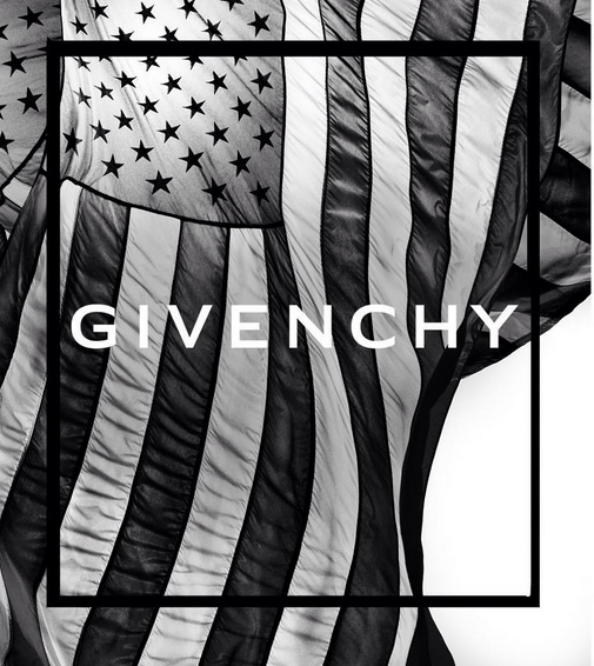 The hype didn’t stop there though, in a move that the New York Times have tipped as “a slippery slope of fashion transformation”, Riccardo opened the show to the public on September 2 offering 1,200 tickets up for grabs, with 280 of those tickets allotted to fashion students and faculty members at Parsons, FIT, the Pratt Institute and High School for Fashion Industries. Pretty awesome, right? The fashion crowd accessed the show, which took place on pier 26 at the Hudson River, through a separate entrance and sat in their usual seats, with the A-list guests in the FROW.

Opening up fashion week to the ‘non-industry’ has never been done before, like ever. The move is a big sign that consumerism and social media – and instant insights and critiques into trends – is changing the way the fashion industry is evolving.

Living up to its hype, the Givenchy show was a major production with a corrugated iron and wooden set. Actors stood on two-metre high blocks, holding trees. One woman stood under a water tap, and another held onto climbing ladders. Apparently it was meant to symbolise “support and life force”. 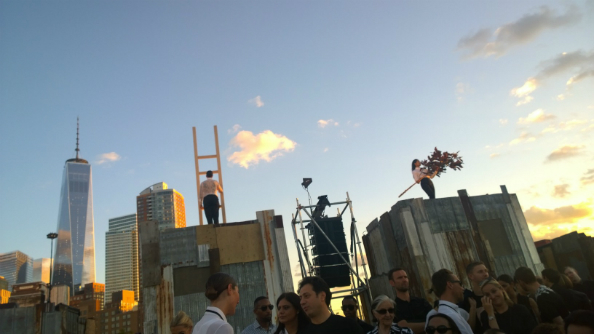 Live music was provided by Tibetan monks and Ave Maria played in the the grand finale.

Industry show-goers were predominately dressed in sombre black and white (evidently also the colour code for Givenchy’s new season collection) and sat on wooden crates, which snaked around the pier (the public stood behind a rope). As the sun set the Freedom Tower glistened in the backdrop – poignant with the show being on September 11. 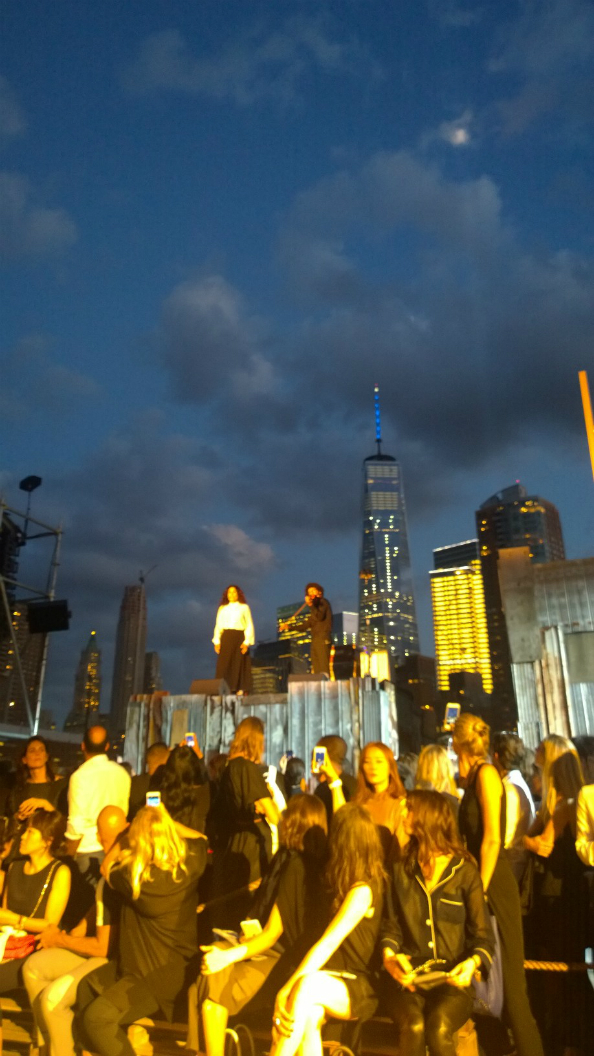 The show, which was set to start at 6.30pm, started an hour late. Why? Because Riccardo’s bestie Kanye West and wife Kim Kardashian were an hour late! The celebrity couple, both dressed head-to-toe in black, sat front row along with a slew of A-listers including Anna Wintour, Grace Coddington, Vera Wang, Mario Testino, Michael Kors, Doutzen Kroes, Rachel Zoe, Lara Stone, Carine Roitfeld, and Courtney Love.

The event was also awash with Hollywood beauties including Margot Robbie, dressed in a gorgeous white lace slouchy suit, Uma Thurman, Julia Roberts, Amanda Seyfried, Liv Tyler and her hubby (who sent paps into a frenzy). All the women have been Givenchy faces over recent years. Singer Jennifer Hudson was also present with a seven person entourage. 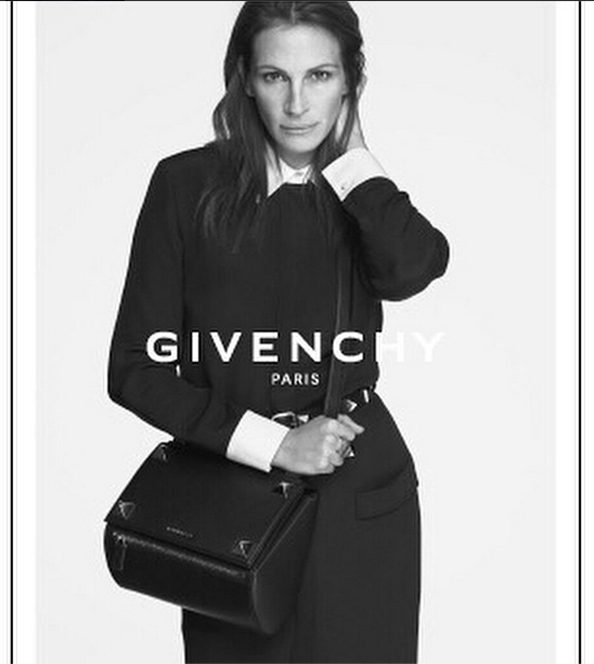 Julia Roberts as the face of Givenchy

Despite the rumours, Caitlyn Jenner didn’t walk in the show – Riccardo is a long-time champion of transgender equality, having previously hired Lea T for campaigns. Although the Jenners were represented on the runway with Kendall Jenner.

The collection was extensive (and without a trace of stars and stripes, as some predicted). It was largely ethereal with lace dress and slouchy trousers, though the piece de resistance was a beautiful gown, with large ruffle trim worn by catwalk star Joan Smalls. 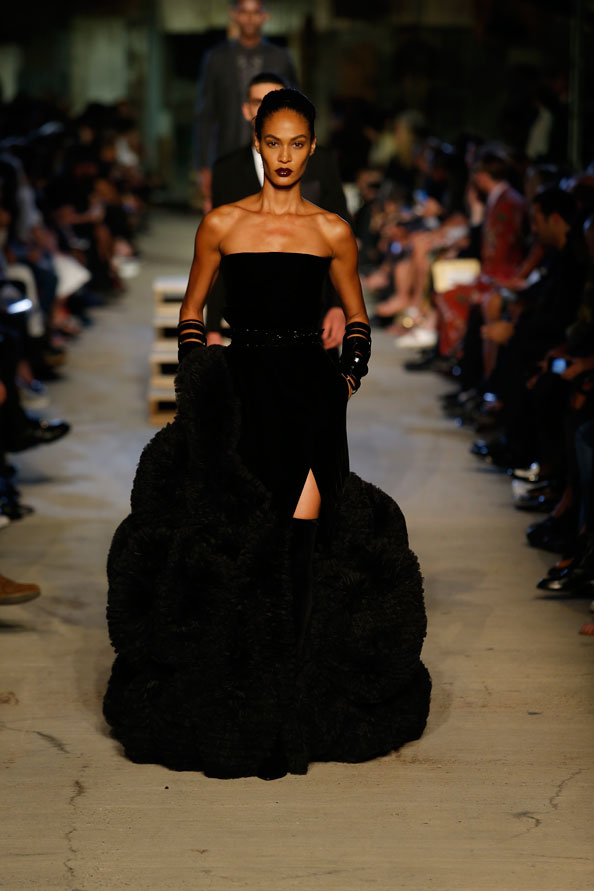 Style Director, Jade Sprowson, who attended the show, said of the collection: “There was an abundance of silk delicates from satin lapels to slinky nightdresses. Slithers of flesh were exposed and it was all about layering. The spaghetti strap is back as is the tuxedo jacket and the trench coat, which had a jewel embroidered update.”

Models were sent down the runway with bejewelled faces, by make-up artist Pat McGrath; adding even more drama to the elaborate show, which has successfully made it’s mark in the fashion history books. 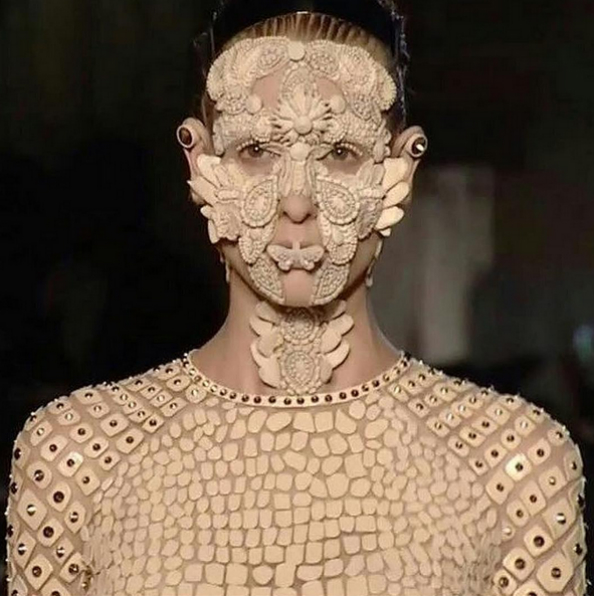 One thing is for sure, Riccardo Tisci’s historical show lived up to it hype. He certainly did Givenchy proud. 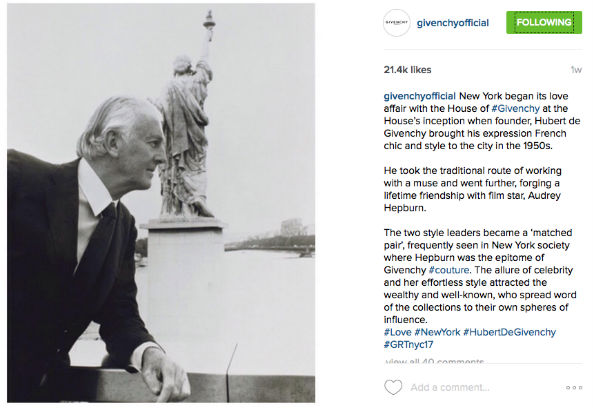 The fashion crowd left the pier and headed to the lower east side right under the Williamsburg Bridge, where the party truly started under the twinkling of fairylights. In true urban New York style the event was in a three-storey car mechanics shop, with outside food trucks – serving jerk chicken, peas and rice and a taco, ice cream and BBQ station – providing sustenance for the crowd after a long night. 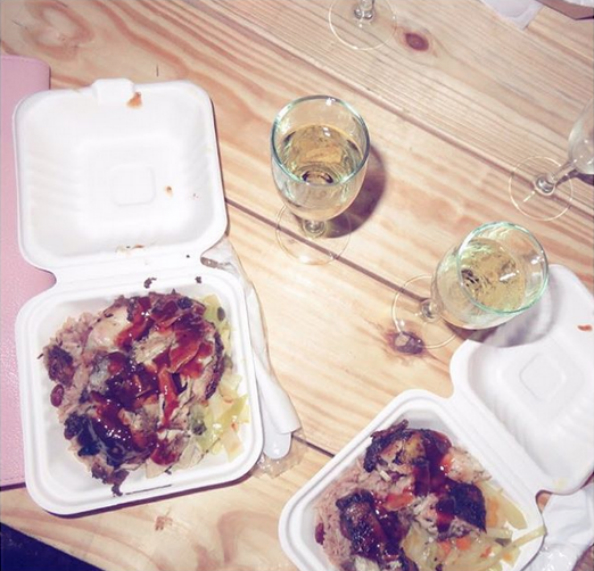 Models and celebrities from the show, including Kendall Jenner and Liv Tyler, attended the party, which continued across the three floors, with each floor getting weirder and weirder. Empty cars served as private booths where party-goers could sit to escape the mayhem and dancing – there was lots of dancing mainly lead by Editor-At-Large, Derek Blasberg. It was dark, smokey and sultry. Goodie bags included a Givenchy Candice Swanepoel T-shirt – a great coup for the model who was left feeling embarrassed after falling at the runway show. 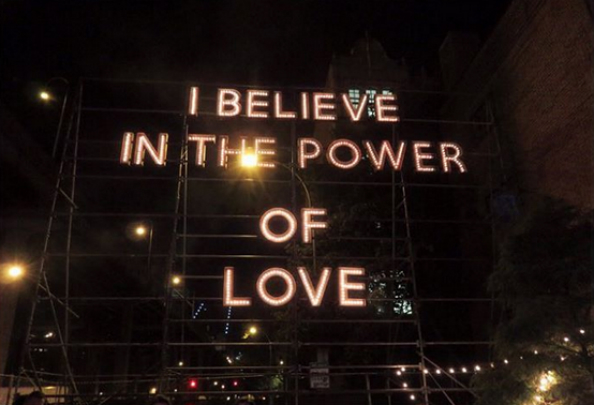 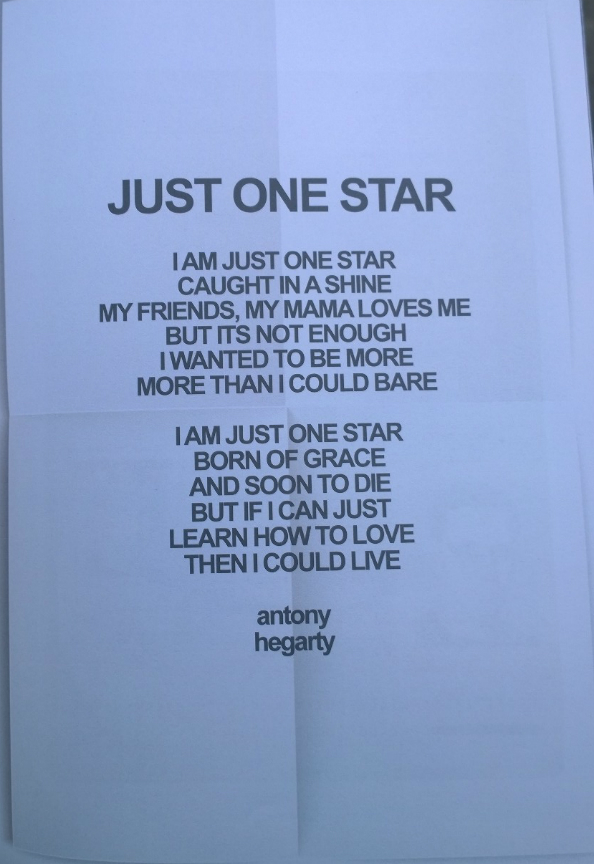 Notes given out at the fashion show