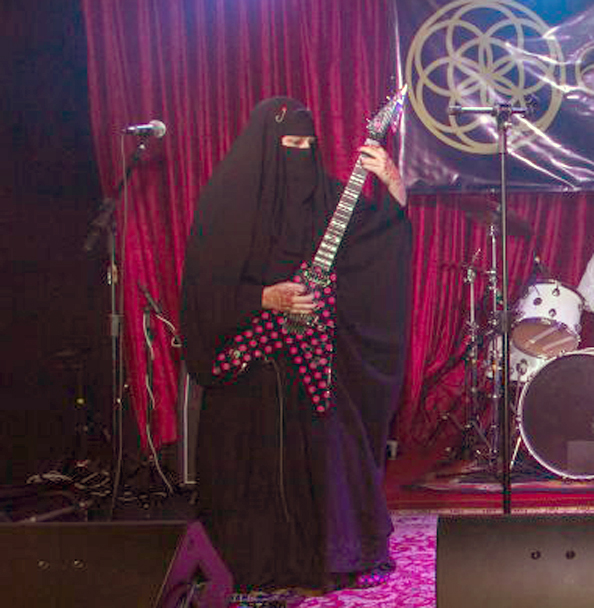 Think heavy metal and you usually envision a long-haired man thrashing it out on an electric guitar. What you most likely won’t imagine is a niqab wearing lady absolutely killing it.

Meet Gisele, from Sao Paulo, Brazil. No, not the supermodel who is all bronzed skin and long limbs, this is Gisele, a Muslim musician who is a heavy metal guitarist.

Originally from a German Catholic family, the 42 year old converted to Islam in 2009, six years after the death of her father.

“When my mother saw me wearing the clothes for the first time she looked at me and said you look very beautiful,” said Gisele, explaining how her change of religion was “pretty natural” and caused no problem among her friends and family.

Initially, Gisele Marie Rocha used to play in her brother’s band Spectrus, before leaving – for  “professional differences” – to launch her own heavy metal band, Eden Seed.

The band isn’t just a hobby for the musician who practices guitar six hours a day, and has become so accustomed to her polka dot guitar – which she nicknamed called Polka – that she equates it to family.

“Polka is my friend, she’s more than a guitar,” said Gisele. “She’s like my daughter.”

While Gisele was initially nervous about how the music world would react to her she admits her audience have been wonderful and have helped spur her on in her mission to prove that being a Muslim, and a woman wearing a niqab, shouldn’t stop you from following your passion.

Unfortunately her efforts have been met with some criticism with many claiming her music career isn’t compatible with Islam. Yet, Gisele is ever defiant. 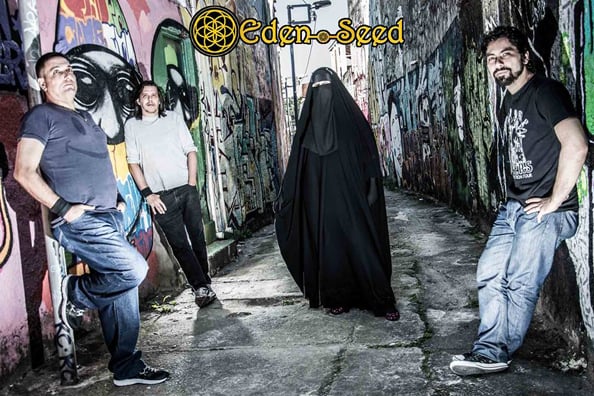 “One will always be criticised, I think it’s healthy. I believe any form of unanimity is an expression of stupidity,” said Gisele. “I’m Muslim and Islam is my faith and I’m a professional musician and music is my profession.”

Gisele and her band Eden Seed are releasing their first album this year.

What’s Gisele’s main message? “Be yourself and peace for all.”

Well, that’s a message we should all certainly follow.

Burkini Ban: Reactions Around The World

10 Countries Where The Veil Is Forbidden

VIDEO: What The National Dress Means To Me 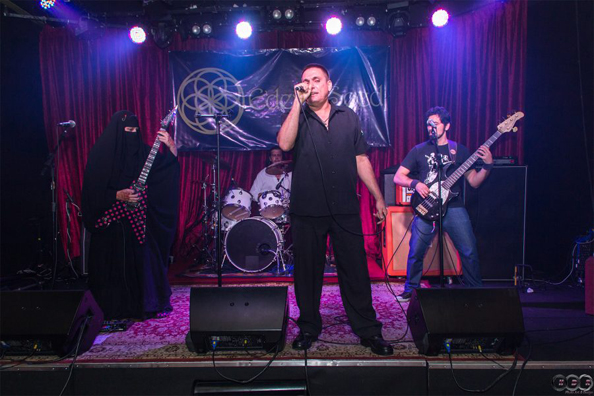 Eden Seed are releasing their first album later this year