Anwar Hadid has followed in his sisters’ footsteps by becoming the new face of a major fashion brand. 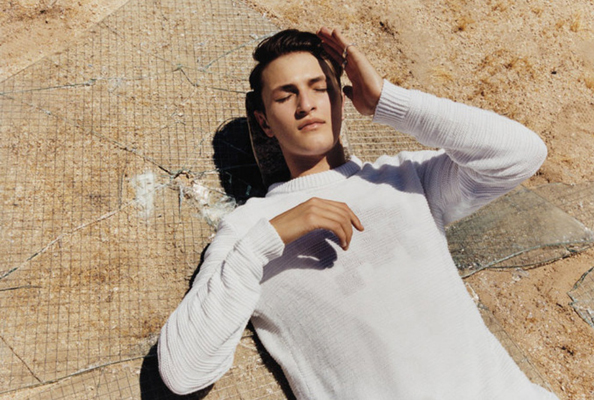 He’ll now join his sisters on billboards around the world, with Gigi and Bella currently fronting campaigns for Moschino, Fendi and Tommy Hilfiger (to name a few) between them.

The trio are the offspring of Dutch model Yolanda Foster and property developer Mohamed Hadid, with all three snapped up by IMG Models.

Three images of Anwar in the HUGO campaign have been released, which show the teen striking a pose amid the dusty climes of a Californian desert.

Read:
How To Be Dubai Glam By Kim Kardashian and Gigi Hadid’s Make-Up Artist
7 Models You Didn’t Know Were Arab

The youngest Hadid sibling has previously walked in fashion shows for brands including Fenty Puma x Rihanna and Moschino, and has appeared in shoots for magazines such as Nylon and Teen Vogue.

Though he seems to have cemented his place as a bonafide model, Anwar admitted in an interview last year that this wasn’t always his career aspiration.

“Modelling was never a thought in my mind growing up, but my mom felt it was important for me to be open to business opportunities and expand my horizons,” he told Teen Vogue, revealing that his sisters have taught him plenty about the industry.

“They tell me to be myself, have fun, and focus on eye expressions.”

And if his sisters’ meteoric rise to fame is anything to go by, we can expect plenty more gigs for Anwar in 2017…