How To Get Ahead In Social Media 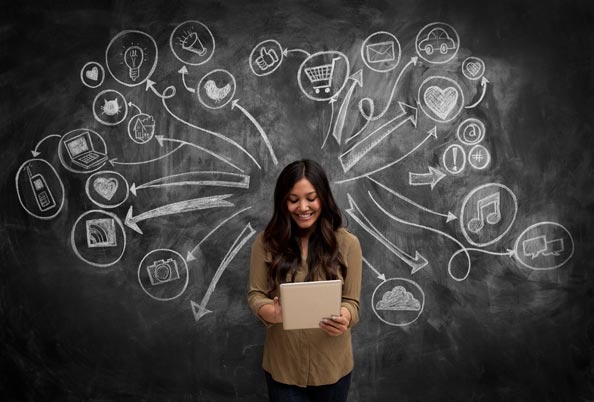 As Facebook celebrates its 10th birthday today, Emirates Woman looks at how to get more influence, more stuff and a better job via social media… just make sure it knows who’s boss, because the more you share, the more it takes.

LinkedIn, Twitter, Facebook, Instagram – wherever we turn there are social networks demanding we tweet, update, post, and share every second of our lives. Whether riding a horse in Peru or trying out a recipe for the first time, we scatter the evidence of our endeavours across the web: amusing updates on Twitter, blurry shots on Instagram, the final result on Facebook, followed by the full write up on a blog to commemorate a lovely day in the company of hundreds of digital friends.

At which point you open Klout, realise that your score hasn’t budged off 26, swear a bit and then start a Google + account to nudge it higher.

Klout collates every online interaction you have across every social network, spitting out a Klout score ranked out of 100. For example, if your Instagram photo receives a lot of likes, or if your tweet is retweeted, your Klout score goes up. Get ignored, or fail to post for a week, and it goes down. Hero to zero, quite literally.

“Our mission is to democratise influence,” says Joe Fernandez, CEO of Klout. “Historically, it’s been held by the elite who had access to the media, and had the power to shape what we thought. What’s amazing with social media is that anybody with a phone can get on Twitter, can get on Facebook, can build an audience, can build trust and grow their Klout score.”

However, unlike the number of friends you have on Facebook, or followers on Twitter, the Klout score isn’t just some meaningless metric for those with low self-esteem. Back in 2012, salesforce.com advertised a community manager position, which required “two to three years of job-related experience, excellent written and verbal communications skills and a Klout score of 35.”

American Airlines lets passengers into its First Class lounge for free if they have a Klout score of 55 or above, while Klout Perks make users eligible for free gifts from companies they promote to their followers. To put it bluntly, we’re getting to the point where opting out of social networks is almost as daft as opting out of email, or motorised transport. Unfortunately, enjoying a free cappuccino in the American Airlines club lounge isn’t as simple as telling everybody you enjoy planes.

“The content you create should be interesting, useful and unique,” says Susan Gilbert, author of Klout Score: Social Media Influence, How To Gain Exposure And Increase Your Klout. “Good content gets retweeted and shared, so get a conversation or discussion going with your fans and followers. Klout measures your social media reach; so, make sure to connect all the networks where you have a presence – including Twitter, Facebook, Google+, YouTube, Instagram, etc. And make sure you engage with high-influencer users – tweet or respond to their tweets and posts in such a way that they can respond back which creates a conversation and a relationship between you.”

“The content you create should be interesting, useful and unique. Good content gets retweeted and shared, so get a conversation or discussion going with your fans and followers. Klout measures your social media reach.”

But while Klout has elbowed its way into the limelight, when it comes to recruitment there’s still only one name in town: LinkedIn. A recent study by the University of Massachusetts Dartmouth found that the number of Fortune 500 companies scouring Facebook declined to 67 per cent in the first half of 2013, while the number using LinkedIn shot up to 81 per cent.

LinkedIn is now so pervasive that employers regularly use it to screen potential employees, and a blackhole instead of a profile can be the difference between a successful application and a gut-wrenching “thanks, but no thanks” from the company of your dreams.

“People make a lot of common mistakes with LinkedIn,” says Matthew Gribble, Senior Managing Director, for recruitment firm PageGroup Middle East. “A lot of times they just use it as a digital CV, but actually the discerning interviewer will look at the number of connections the potential recruit has, the completeness of the profile, whether they have a professional photo, the grammar.”

Getting your LinkedIn profile in order gives potential employers a good sense of who you are before you walk in the room, while getting it wrong… “It’s a differentiator,” he adds. “If I’m recruiting somebody for a sales role, I’d expect to see a lot of communication on social media, lots of connections. If somebody’s applying for a writing job, perhaps journalism, you want to see a blog. If I’m going after a finance director, well social media doesn’t matter so much to me.” 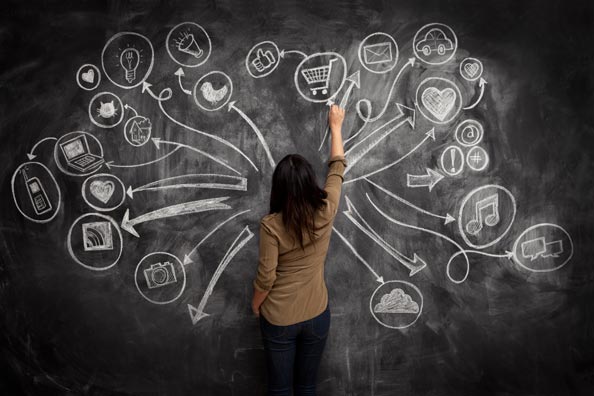 While Gribble says other social networks don’t weigh as heavily on recruiters’ minds, he still urges caution. “If there are things on Facebook or Twitter you wouldn’t want your employer to see, then it might be worth deleting them, or working out how to hide them behind the security features.”

A recent survey of 2,100 recruiters by careerbuilder.com found that 43 per cent had decided not to recruit a candidate based on information they gleaned from social networks (see boxout), whereas just 19 per cent had found information that made the candidate more attractive. Either way, before you send the application it’s worth Googling your name to make sure that embarrassing night isn’t the first thing a potential employer sees when they come looking.

And it’s not just at the beginning of our working life where social media is trying to kick away the career ladder. Many Fortune 500 businesses freely admit to using LinkedIn as a headhunting tool, performing keyword searches to ferret out people with particular skills and watching group conversations to see who’s leading the debate, offering good advice, or simply making the most informed points.

If you’d like to fall under their gaze, it’s worth making sure you pepper your profile with the keywords they’re likely to search for so you don’t dip under the radar. Equally valuable is connecting to the leaders in your field. Even if you’re not one of them yet, it’s worth orbiting them just to be seen by the people inspecting their profile.

It’s not a terribly surprising statistic. In happier times, when keeping up with the Joneses got too much we simply switched off the television and went on holiday. Thanks to social media, there are now thousands of Joneses forever muttering in our pocket – telling us how brilliant their lives are, and the exciting, worthwhile things they do every day. For many of us, social media is the world’s worst mirror, reflecting only our flaws. Indeed, that Civic Science survey found 40 per cent of people posted online solely to improve their image – that’s a lot of digital grooming.

Ultimately, it’s a problem not of perception, but identity and addiction. We project ourselves on social media in the same way we project ourselves at parties, highlighting the good, hiding the bad. Previously it was vanity, now our jobs and lives depend on us being available 24/7, being witty, being interesting and knowledgeable. Social media is important, but it should be working for you, not the other way around. Get that balance wrong and your Klout won’t be the only thing that’s down.

Ever been perfect for a job, had a great interview, but somehow not made it through to the second round? Perhaps social media was to blame. Below are the top reasons recruiters gave to careerbuilder.com on what they saw on social media that turned them off a candidate:

There was info about candidate using harmful substances – 48 per cent

Candidate lied about qualifications – 24 per cent

Want to have more Twitter followers, more likes, more conversations and a better foundation for that all-important Klout score? Read on for the top tips from Twitter experts:

Nobody wants to read boring posts. Make sure your tweets are interesting, frequent and unique. Once a day won’t cut it, try one an hour if you can manage it.

Make sure you actively follow other people on Twitter, especially those in your industry. Retweet them, respond to them with interesting comments, and their followers will soon be yours.