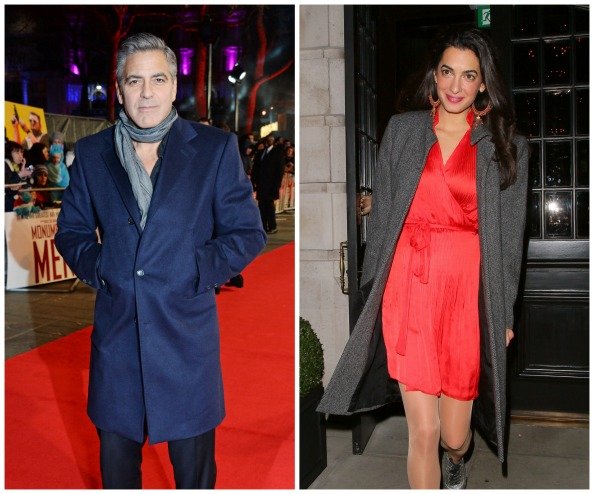 They may want to keep it small and intimate, but that hasn’t stopped Anna Wintour from not only scoring an invite to the most-anticipated wedding of the year, but also from convincing George Clooney and Amal Alamuddin to let the Condé Nast’s Vogue capture their forthcoming nuptials.

Due to take place in Italy on September 20 – mid-fashion month – a source told Page Six: “She wouldn’t go there and not cover it.”

What’s more, it appears that influential Anna may have had some sway with regards to Amal’s choice of wedding gown. The 36-year-old bride-to-be is expected to wear a dress designed by Anna’s good friend Oscar de la Renta, with a source explaining: “She and Oscar are such good friends and [she’d] want to give him some attention.”

The groom, 53, meanwhile, will wear Armani, with WWD reporting that an entire team of designers flew to Clooney’s home in Laglio, Italy, to conduct fittings with the star as well as the male attendants in his wedding party.

While the ceremony itself will be private – “they’re going to have top security, but include a really small group. Very intimate, and mostly family”– the superstar actor and Lebanese lawyer will be spreading the celebrations over a few days with a handful of parties before and after.

For years the Up In The Air star was Hollywood’s most eligible bachelor, but George finally seems to have met his match with Amal, popping the question after just seven months of dating with an engagement ring worth an eye-watering US$750,000.

Last week the pair visited London’s Chelsea Old Town Hall to have their wedding banns posted. A legal notice of their intention to wed, banns must be displayed in public 16 days before a couple can wed.