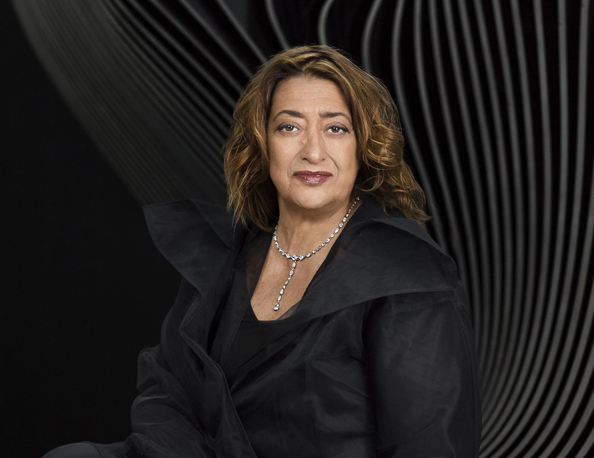 World-famous Iraqi-British architect Zaha Hadid sadly passed away in March 2016, yet her legacy continues and now you can own some of it.

Not only was Zaha Hadid a leading woman in the world of architecture, but she was an innovator and superior in her field – as far as modern day feminism goes, Hadid was our trailblazer.

As well as being an award-winning architecture, Hadid was also renowned for lending her design skills to the fashion industry.

In fact, before her passing Hadid teamed up with Danish design house Georg Jensen’s in what would turn out to be her last completed work. 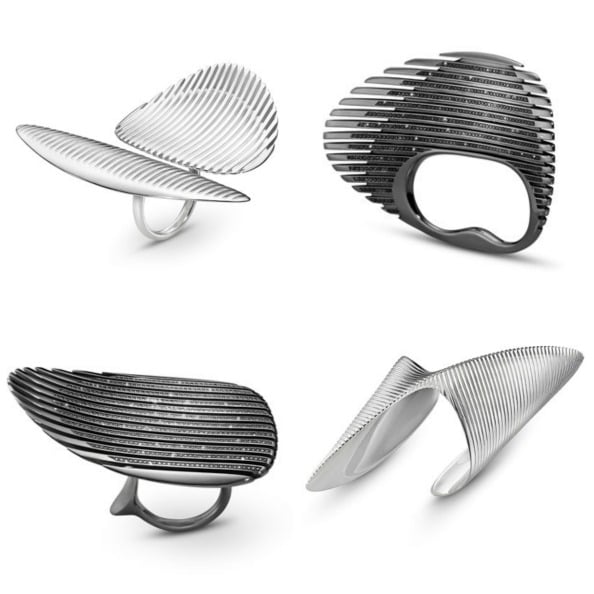 The collaboration resulted in an intricate collection of eight jewellery designs, each boasting the architect’s signature curves.

The Georg Jensen x Zaha Hadid Lamellae collection, which consists of five rings and three arm cuffs (each in either silver or rhodium), is available to pre-order, and soon buy, on the luxury pre-tailer, Moda Operandi.

The Lamella collection is inspired by Hadid’s famous Wangjing Soho building structure near Beijing, China – it is a stunning office and retail building built in 2o14. 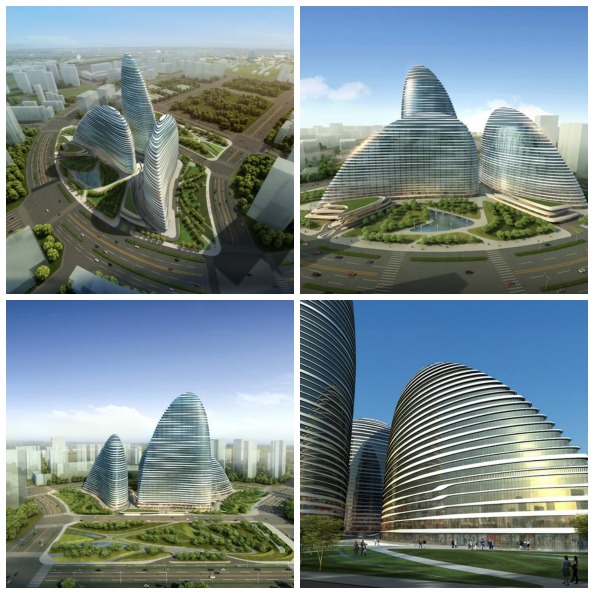 The Wangjing Soho building which inspired the jewellery pieces

Designed to resemble “dancing Chinese fans”, the building’s distinct lines and curved sails are very much the inspiration behind the jewellery pieces.

Zaha Hadid will forever be remembered in the GCC region, not only through this collection but thanks to her work on the Sheikh Zayed bridge in Abu Dhabi, the Opus by Omniyat in Dubai as well as the ME Dubai hotel and the Al Wakrah Stadium in Qatar.

The Georg Jensen x Zaha Hadid Lamellae collection is available to preorder now and until August 3 on modaoperandi.com. Prices range from US$650 to US$30,000 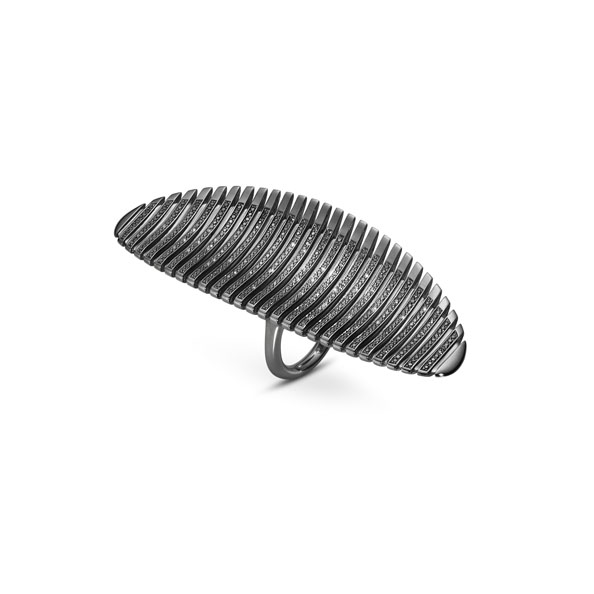 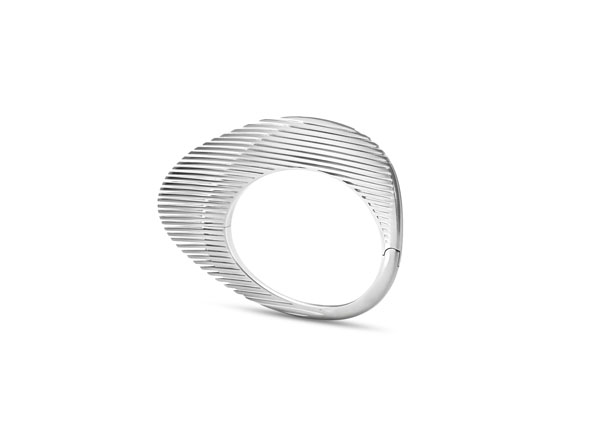 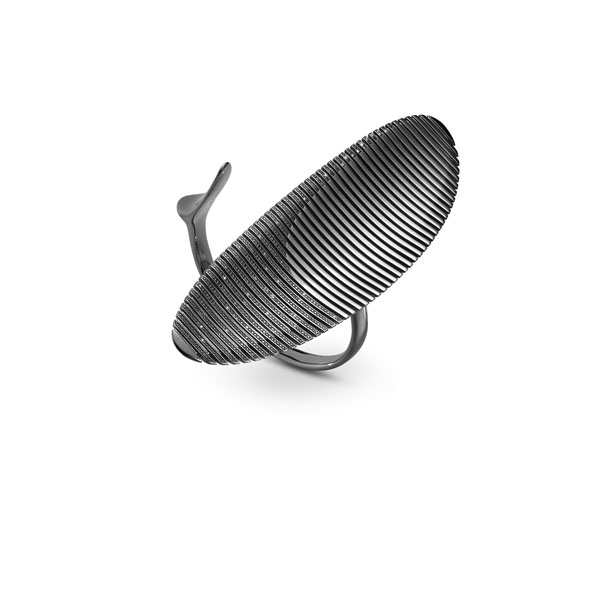 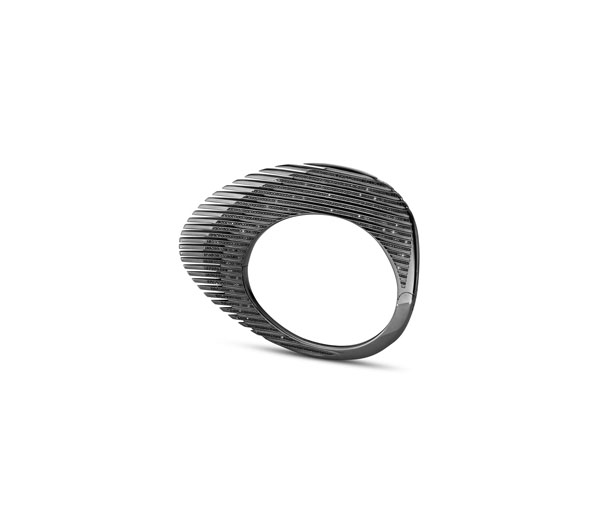 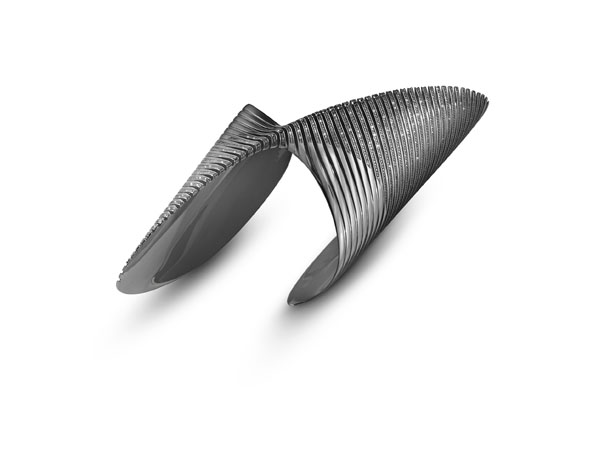 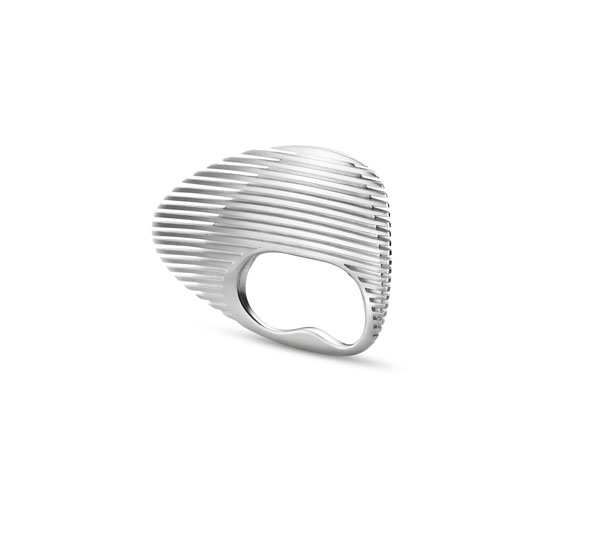 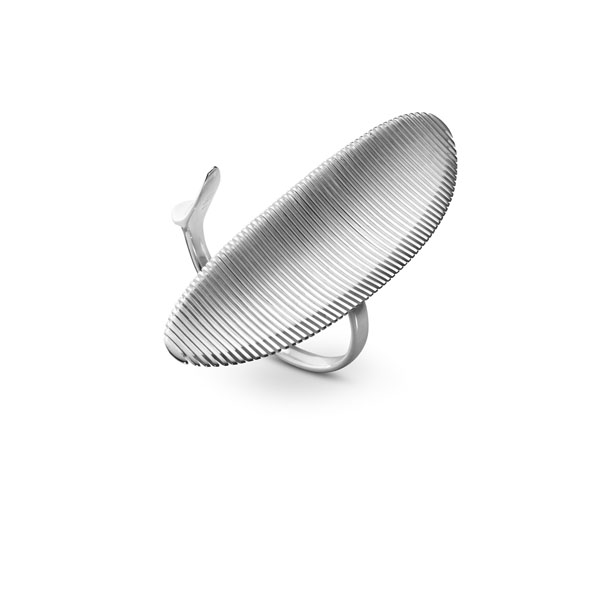 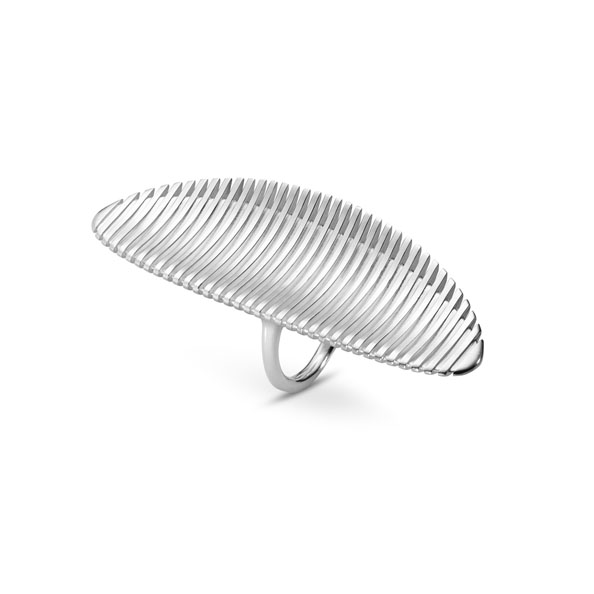 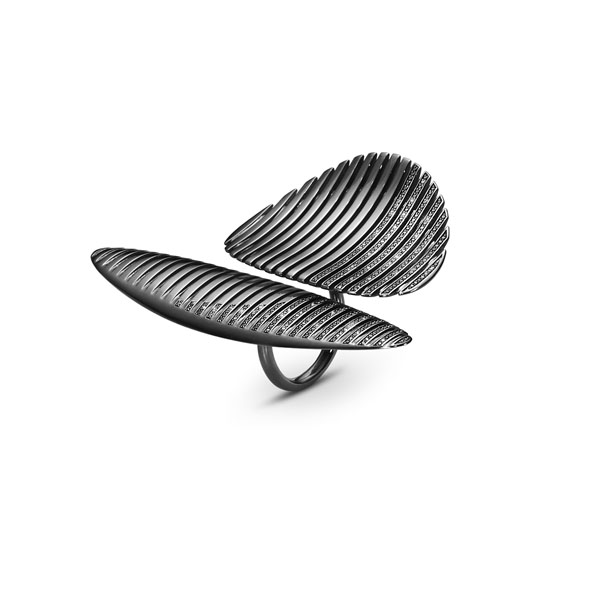 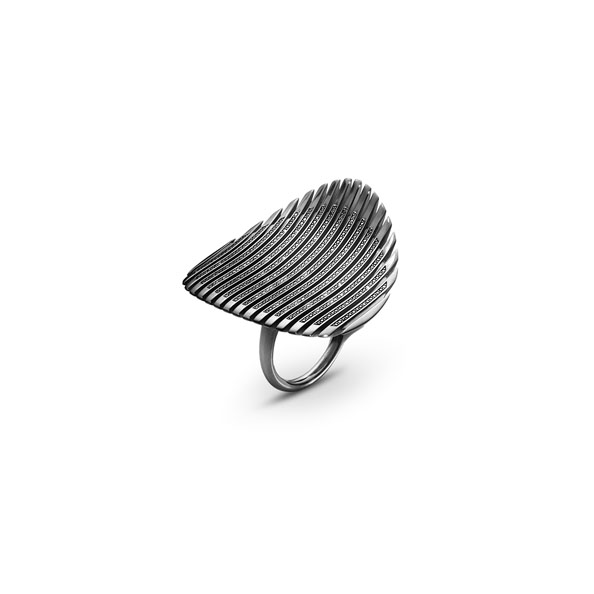 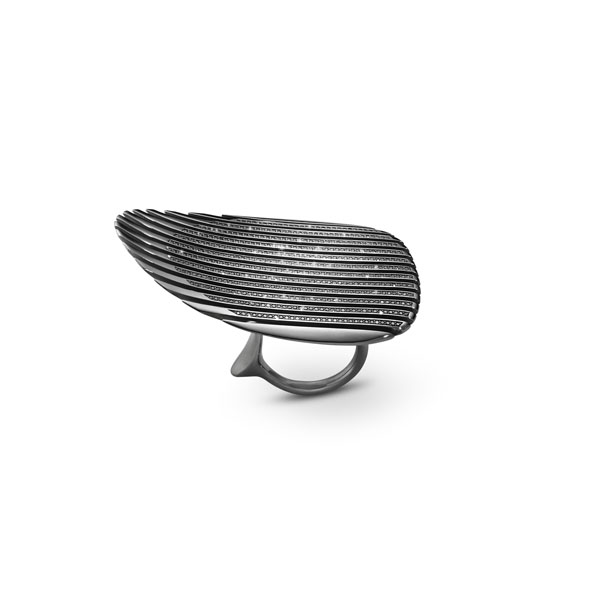 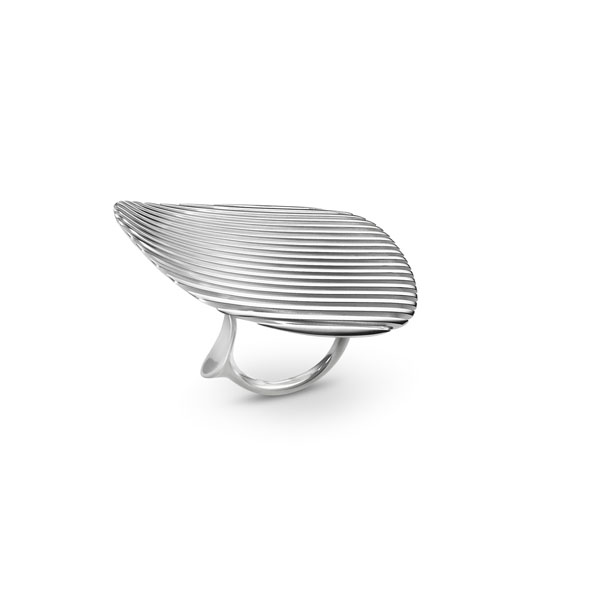 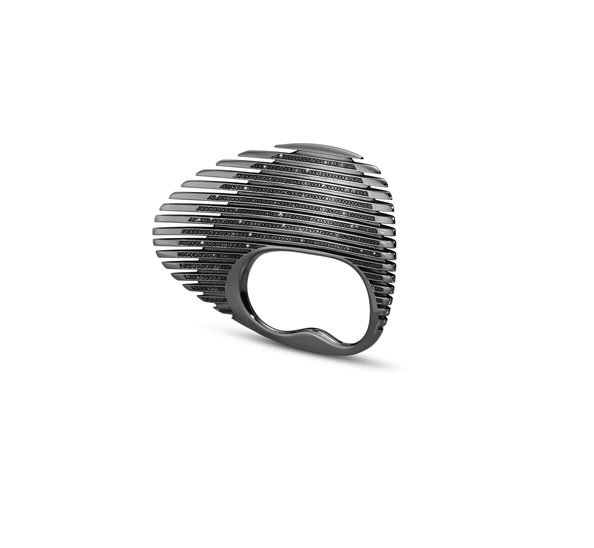 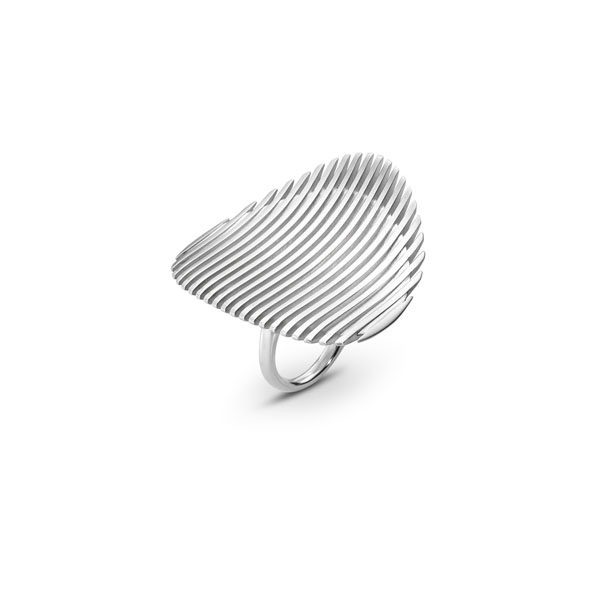 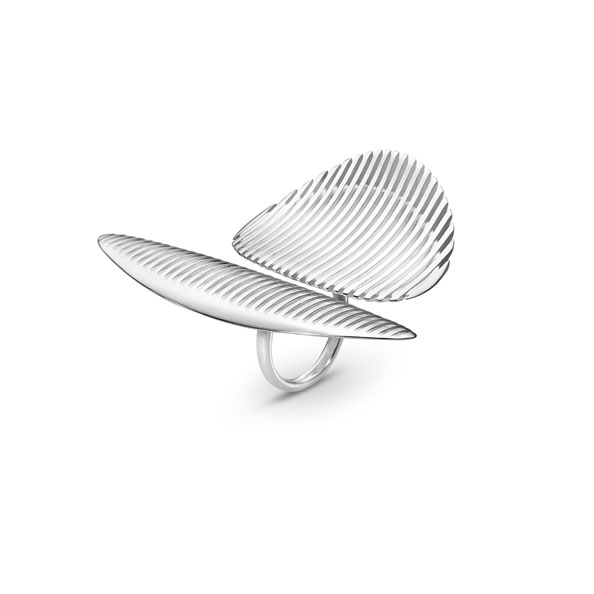 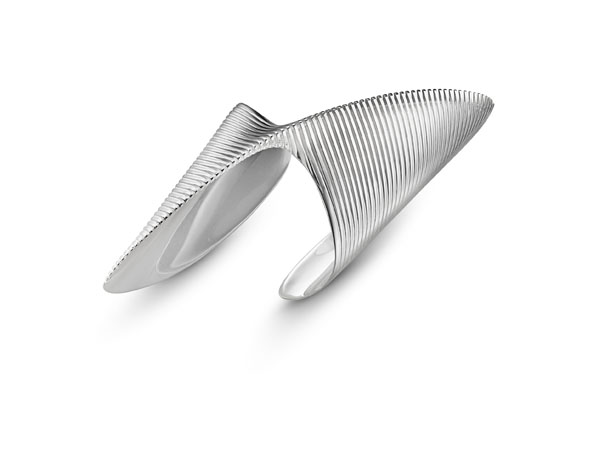