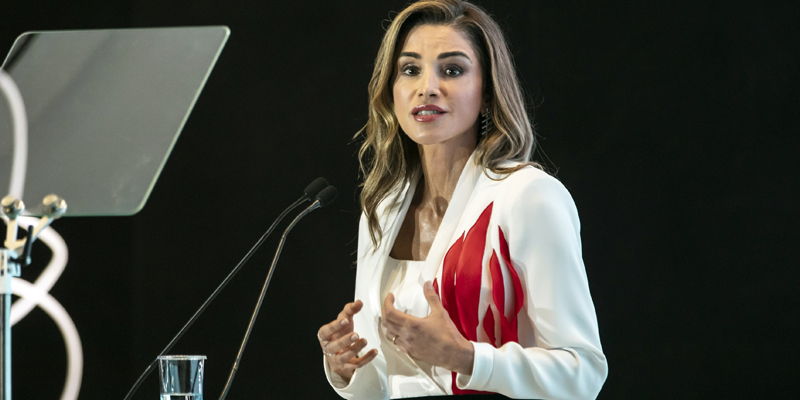 Queen Rania is in New York this week as part of a United Nations summit on gender equality.

The HeForShe summit took place on Wednesday, where the Jordanian Royal took to the stage to speak about the subject of gender equality in the Middle East.

Queen Rania has launched a competition and the prize is incredible

In her speech Queen Rania said that although the Middle East might “feel a world away from New York.” When it came to issues of women’s empowerment, distance shrink and differences fade.”

Issues in the Middle East

When it comes to gender equality, she said women in the Middle East had a different set of challenges. “Through civil war and armed conflict, unemployment and forced displacement Arab women are digging deep to hold their families together in testing conditions.”

She continued: “the cruelest irony is that these crises affect women disproportionately making them even more vulnerable to abuse. But is precisely during such crises that women slip off national agendas, increasing the gap between hardship and hope.”

The Jordanian queen said however, that despite these hardships women in the region have a “spirit of steal and a will to match.”

She described her pride that despite difficulties, women in the region are making steps forward, relaying an anecdote from her time spent with SitatByoot a start up in Jordan which supports women entering the workforce.

The gap in gender equality

She said however, that there is still a long way to go: “there is a reason,” she said, “that our region came last in the World Economic Forum’s recent gender gap report”.

“So I want to urge you, reach over borders and boundaries. Pull up women weighed down by hurdles you will never know. Light up the Arab chapter of HeForShe, because when everyone is for she, we are greater than the sum of our parts. That’s not magic, it’s a movement and its unstoppable.”