The Friend That Changed My Life: International Friendship Day

To mark International Friendship Day on August 7 (the first Sunday of August), three UAE women reveal the friend that has had the biggest impact on her life.

They say that men come and go, but that true friends remain. Friends are there to celebrate the good times, commiserate the bad times and wipe your tears during the sad times – and they can make you smile even when you’re at your lowest ebb. August 7 marks International Friendship Day: a day when we get to toast the women in our lives who we couldn’t live without. Here, three UAE women reveal the best friend who’s been there for them through thick and thin.

‘She was there in my loneliest hour’ 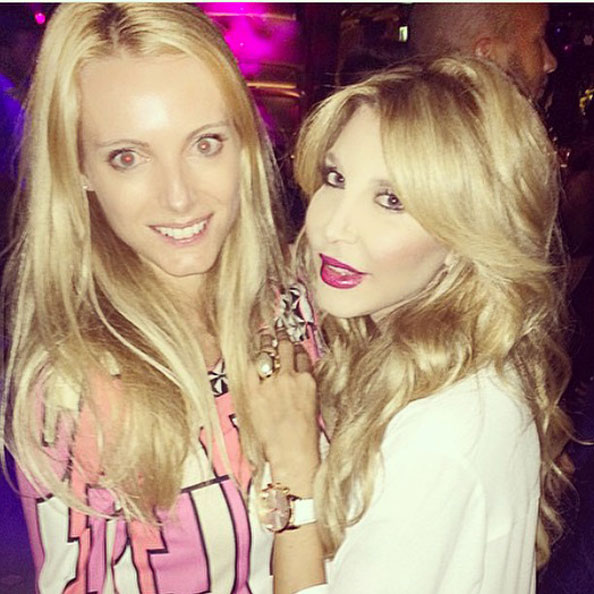 Sophie Toh and Nina Zandnia met on Dubai’s party circuit three years ago, but it was only when Sophie was rocked by a confidence crisis two years ago that she realised just how must she needed her fun-loving friend.

As a fashion and TV personality and director of her own PR firm, Sophie Toh epitomises the glamorous Dubai party girl. The leggy British blonde is a firm fixture on the city’s social scene, so it’s no surprise her best friend is another equally glamorous socialite: Swedish/Persian media personality Nina Zandnia. The pair hit it off immediately when they first met at an industry party, recalls Sophie. “I remember meeting Nina at a Dubai International Film Festival party on the beach. She was this insanely glamorous and noisy blonde creature and seemed like a lot of fun. She grabbed my hand and started introducing me to everyone, which I’ve learned is very much her style.”

However, it would be months later before the pair took their friendship from party acquaintances to firms friends. “We’d been running into each other at events for a while,” says Sophie. ‘Eventually we made a plan to have lunch together to chat properly.” Over lunch, the gregarious blondes realised just how much they have in common. “We realised our birthdays were days apart and we shared the typical Aquarian rebellious streak. Lunch ended with me agreeing to look after Nina’s dog, Rocco, for a month. That month turned into three. Afterwards, that was it, we were firm friends.” Though their friendship began on a superficial party-pals level, it soon grew into something much deeper – and the true test of their friendship came two years ago when Sophie’s confidence was rocked. “I was getting really down and feeling pretty lonely and isolated about a few things,” recalls Sophie. “Nina immediately picked up on this and gave me a dose of Nina advice – which is direct and brutal, but very insightful.  She pointed out that certain things are worth prioritising, and certain things can just be dropped.”  After the pep talk, Nina took Sophie out to cheer her up the only way she knew how: with a raucous karaoke session! “We sang my cares away to the tune of I Will Survive!” laughs Sophie. From that moment on, Sophie began to see that there was so much more to her party-loving friend than meets the eye.

“It’s great to have a friend who can make you see the light-hearted side of life, but who has the emotional depth to be able to be there for you when you need it. Nina manages both.” She adds, “She’s a princess, with a wicked sense of humour and a heart of gold. I most admire her thoughtfulness about people and their lives, and her ability to remember every last detail of a conversation. But equally, she’s also a lot of fun.  Life is never dull around Nina.” 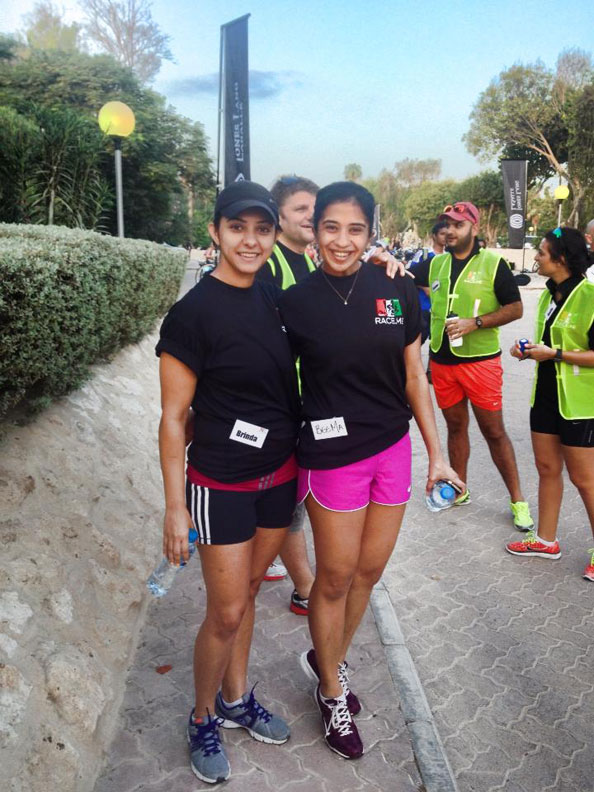 Career girl Brinda Hora found it difficult to make and maintain friendships in the transient city of Dubai – until she met her match in like-minded best pal Beema Jamal.

Indian-born Brinda Hora has been in Dubai for nine years, so it’s safe to say she has seen her fair share of friends come and go. “The average time someone stays in Dubai is around two or three years, sometimes even less. I used to find it very tough to make friends knowing that they were not going to stay in Dubai forever and that I was destined to lose them.”

Compounding the problem was the fact that Brinda works long hours in her job as Associate Director of Communications & Marketing for a five-star hotel in the city. “Life in Dubai is on a fast-track and it’s easy to overlook friendship and focus on career. When you are focused so much on your professional life, it doesn’t leave a lot of time for your personal life.” Just when Brinda was taking stock of her life and beginning to question who would be really there for her in a crisis, Beema Jamal walked – or rather ran – into her life in 2013. 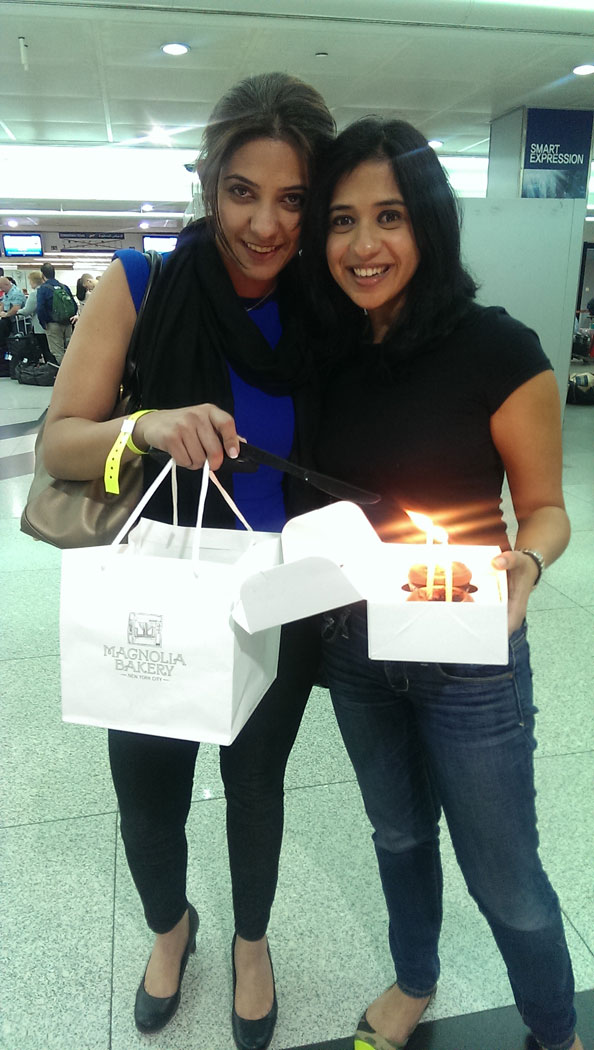 The pair met through mutual friends at the Nike Running Club In Downtown Dubai and they have been inseparable ever since. “When I first joined the group, I have to be honest, I felt a bit of an outsider as I didn’t know any of the other 40 runners. Eventually, a few of the regulars decided to go to The Dubai Mall for breakfast after the run. Beema and I got chatting and instantly realised how much alike we were: she was as crazy about running and fitness as I was. It was a relief to discover that I was not alone.”

After that first breakfast meeting, the friendship quickly blossomed, says Brinda. “The friendship seemed effortless. It felt natural to spend more time together and get to know each other.  We both love running, we are crazy about staying fit; we love to eat; watch movies and shop and chat till we drop. We’re both single and we understand each other’s personalities well and respect the differences that define us.”

The fact that Beema is also career-minded and understands the pressure of work is a bonus. “Being a lawyer, Beema has a strong personality and knows how to stand her ground,” says Brinda. “She likes to live life to the fullest and is never shy to meet new people. If there is anyone I can call in a crisis, it would be her.” As for worrying if this is another friendship that’s set to be a casualty of Dubai’s easy-come-easy-go culture, Brinda knows this is one friendship that will stick, no matter what. “We both know we are here to stay.  Friends like Beema are like family when you are an expat in a foreign country. When you miss family and think about why you are really here, it is the friends like Beema who remind me why.”

Read: What Your Social Media Posts Say About You

‘She gave me a bed when I was homeless’ 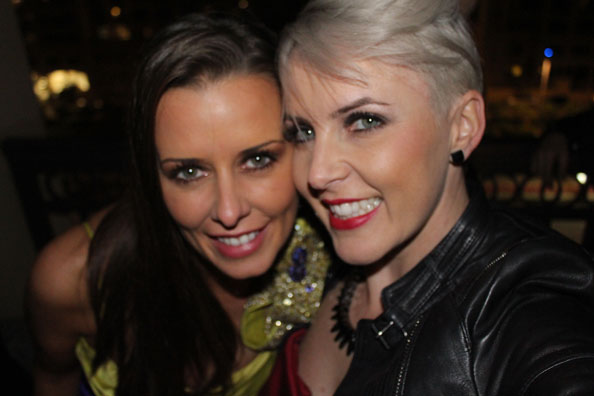 In 14 years of friendship, Sarah Feyling has turned to her best friend Kelly Lundberg many times, and never more so than when she was threatened with homelessness more than two years ago.

As founder of her own events company, Irish-born Sarah Feyling is used to organisation in her life, but the rug was pulled out from underneath her two years ago – until her best friend, Scottish celebrity stylist Kelly Lundberg stepped in.

“I decided to buy my dream apartment in Dubai in the Fairmont on the Palm. Aside from the fact I fell in love with the property itself, it was also across the road from Kelly’s apartment. In fact, it is less than a two-minute walk,” says Sarah. “However two months after signing the MOU with the seller and moving all my belongings into storage until the agreed move in date, the seller reneged on the deal. I found myself faced with a shattered dream but also with nowhere to live in the immediate future. Kelly invited me to stay with her until I found another apartment in the same building because I was not giving up on my dream that easily! Something Kelly completely understood. So when I moved into Kelly’s apartment for what we anticipated would be a couple of weeks, no questions were asked when I arrived at the door with 200 kilos of luggage, two clothes rails, an undocumented amount of bubbles and several organic chicken breasts.”

It was not the first time the bubbly twosome have lived under one roof: they actually met as flatmates when Kelly first moved to Dubai 13 years ago. “Kelly moved into the apartment I was living in,” recalls Sarah. “I think we sealed our lifelong friendship over Christmas lunch the first year we meet. We both had to stay in Dubai and were homesick so we decided that we would make the most of it.” After a Christmas lunch of cheese toasties and bubbly, the fate of their friendship was sealed. 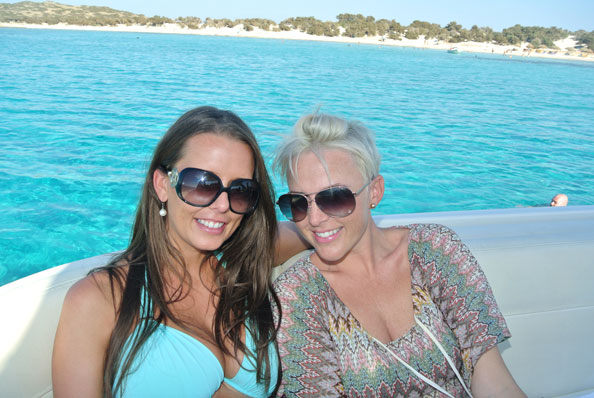 “We are both Celts who share an unprecedented love of cheese and bread – better again if that comes with a glass of bubbles on the side!” laughs Sarah. “However, as the years have evolved, so too has our friendship. While we still share a love of the aforementioned, we are now both entrepreneurs with a determination to succeed in both a business and a personal sense.” Sarah adds: “Kelly has incredible tenacity to set a goal and achieve it with complete focus and self-discipline. I find this both admirable and inspiring. She radiates positivity! Her bubbly demeanour is infectious and her self-confident nature ensures that she can captivate and hold an audience’s attention. Her genuine interest in others puts people at ease. She could walk into any situation not knowing anyone and walk away with several new friends, professional contacts and probably an idea for a new business! Her positive outlook and open mind mean that she is constantly inspired by the situations and people she meets.” And there is another very special reason that Sarah feels such an affinity with her best friend.

“Kelly is not only my longest friend in Dubai; we also share the same birthday. As a twin, I have always shared my birthday so to come to Dubai without my twin sister and meet a truly special friend like Kelly who not only shares my birthday but someone who I consider family now is so special. I couldn’t imagine her not being part of my present or my future. Life would lose some of its sparkle.”

Read: 6 Signs You Know She Is Your Best Friend 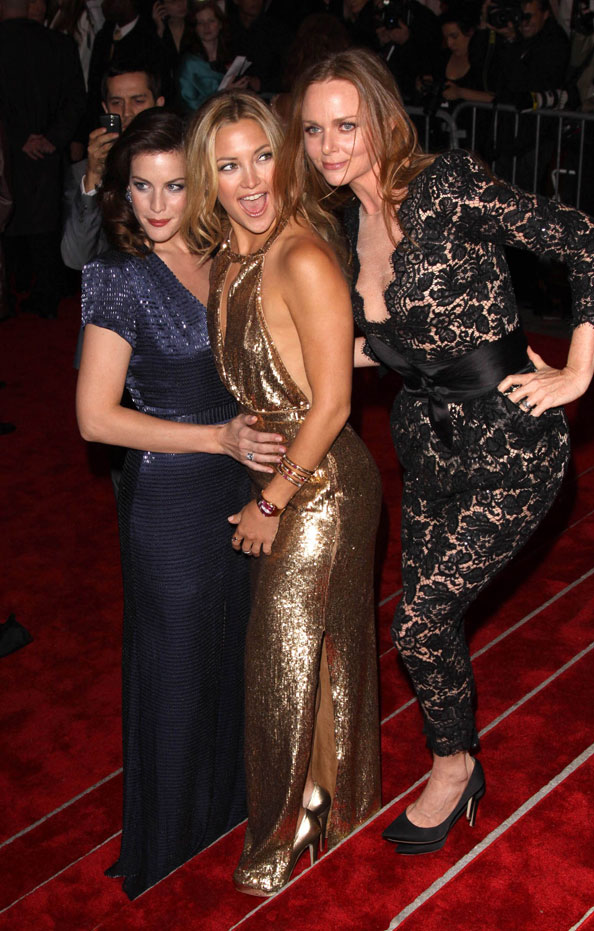 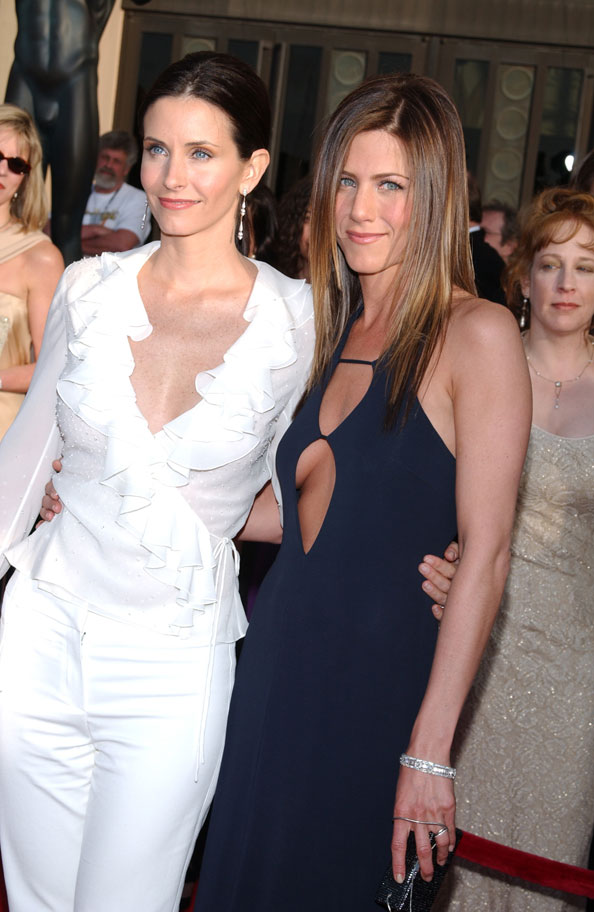 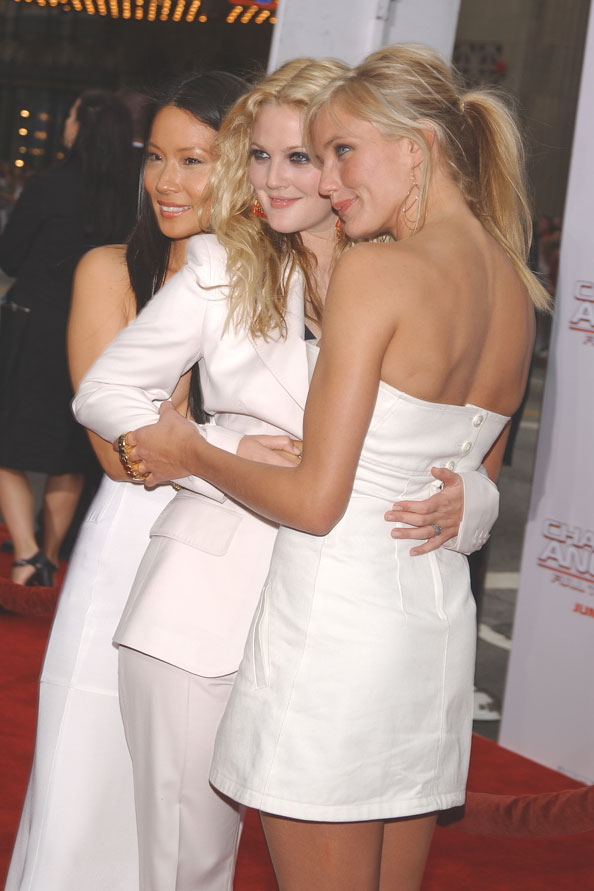 Check Out Hollywood’s Most Bizarre BFFs