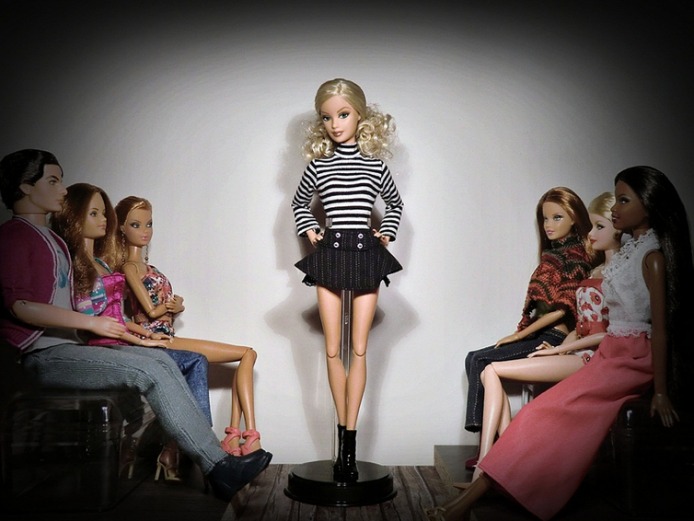 It was one of the most shocking campaigns in advertising history. Devastatingly thin French model, Isabelle Caro, naked on a billboard. Every bone in her wasted body protuberant. The controversial picture was part of a campaign against eating disorders sponsored by Italian fashion label, Nolita. She became the poster-girl for anorexia overnight, at a time when Italy was all over the news for banning underweight models. Three years later she was dead.

Last week Isabelle Caro’s home country, France, was the latest to consider a ban on waif-thin models. However, Parliament rejected the proposal on Thursday, on the grounds that it would discriminate against jobseekers.

It was hoped that the legislation would stop fashion houses promoting an unhealthy and dangerous ideal. Oliver Veran (a neurologist and a member of the National Assembly, the lower house of Parliament, who brought this legislation to office), and his fellow MPs, plan to amend the proposal and present it to Parliament again later this year.

Veran told French daily Le Parisien: “It’s intolerable to promote malnutrition and to commercially exploit people who are endangering their own health. A level of acceptable body mass index should be set and enforced. Websites encouraging young girls to lose weight should also be banned…We want to combat the idea that an agency could urge a model to stop eating; for example eating cotton balls to lose their appetite, to always lose more weight.”

Veran’s not exaggerating. The so-called “cotton ball diet” was widely discussed in 2013, when multiple fashion insiders claimed it was used during fashion week. Eddie Murphy’s daughter, Bria, who is an aspiring model, spoke to Good Morning America about the trend. “I’ve heard of people eating the cotton balls with the orange juice … they dip it in the orange juice and then they eat the cotton balls to help them feel full,” she told the host.

If successfully passed, the legislation would have banned models with a body mass index (BMI) under 18 from the runway. It also proposed serious trouble for anyone who over (or should we say under?) stepped the mark. Fashion houses could have faced financial penalties of up to 75,000 Euros (Dhs29,4400), while individuals could have been confronted with six months in prison.

This news comes as figures show that French women have the lowest BMI in Western Europe, at 23.2. Veran also claimed that the country currently has between 30,000 and 40,000 people suffering from eating disorders. There are concerns that, as models are meant to set the ideal standard of beauty, underweight models will perpetuate the problem.

“We have had chief editors of prestigious magazines tell us that more and more often, they are obliged to use Photoshop, not to make the models look slimmer,” said Veran, “but to erase the tracks of bones under the skin, to make them look bigger.”

That certainly stacks up with claims from author, Kirstie Clements, who was famously sacked from Vogue after a 25-year stint. In her book, The Vogue Factor, she talks about women who were regularly on a drip, some who were so weak they could barely work, and even those who were so desperate to lose weight they’d get breast reduction surgery because they couldn’t “diet their breasts away.”

This isn’t the first time that weight and fashion have been put to trial. After decades of lobbying, anti-anorexia campaigns and ‘real’ women movements, Israel, Spain and Italy have imposed restrictions on underweight models. But despite much support, there are many who think that legal actions and bans are actually detrimental, either to the industry or models themselves.

The National Union of Modeling Agencies in France released a statement opposing the law before it was thrown out. “Anorexia is a mental illness that cannot be fought by a ‘arithmomania,'” they said.

Some believe that dangerous weight standards are a problem of previous decades. Twiggy made a living from her signature gaunt frame, weighing in at just 91lbs at the height of her career – at just over 5ft 6ins that puts her BMI at under 15. New legislation could mean that, in order to walk at Paris Fashion Week, those of a similar height would need to weigh a minimum of 120lbs.

Although there’s an argument that this archetype is less common now than in Twiggy’s day, there’s no doubt that measurements are still a problem. Danish magazine, Cover, recently came under fire for using a skeletal model in their latest issue. The image of Lululeika Ravn Liep, a 16-year-old who has previously walked for the likes of Louis Vuitton, was posted on Reddit. Malene Malling, the magazine’s publisher publicly apologised saying that she had not “lived up to my responsibility as a publisher, woman and mother,” while the model’s agency put out a statement claiming Lululeika’s weight is the result of losing two members of her family.

It’s a topic that clearly spans the world. But this latest disagreement over weight and the fashion industry in France shows, five years after Isabelle Caro’s death, we’re still no further to a solution.