Local based charity the ZB Foundation teams up with four leading ladies in the Middle East to launch an exclusive range of T-shirts that will help save lives.

It may sound a tad dramatic but that’s exactly what buying the tees will do, which is why four leading UAE-based fashion designers created a series of T-shirts for the ZB Foundation.

The ZB Foundation teamed up with All Things Mochi’s Ayah Tabari, Reema Ameer, Ayesha Depala and Bambah Boutique’s Maha Abdul-Rasheed to create the #Onthewingsofanangel tee. Proceeds from the sale of each tee will go toward covering one new born screening test, something that the local foundation works on creating awareness for.

We are so very proud of these fabulous ladies who have helped a project of The ZB Foundation come true. This #onthewingsofanangel tshirt for both ladies and kids was created by @thezbfoundation – All proceeds from each tee covers 1 complete new born screening test – so wear it loud, tag it proud #onthewingsofanangel #thezbfoundation and help us save lives in style. Get your tee today from @bambahboutique @boomandmellow and tomorrow from @babysouk @saucetteconcept – A huge thank you to the wonderful @reemaameer @allthingsmochi @bambahboutique @ayeshadepala @dimaelatab #savingbabiesheelbyheel #pakistan #dubai #instafashion

The Dubai-based non-profit organisation was founded in 2012 by Emirates Woman Woman of the Year nominee Danielle and her husband Akber Naqvi following the tragic death of their four-month-old adopted daughter, Zahra Beau, from a rare metabolic disease. The disorder could’ve been picked up by a simple heel prick test that is mandatory in the west, but not in underdeveloped countries like Pakistan, where their much longed for adopted daughter was born. A test that, had it detected Zahra’s disease, could have saved her life. 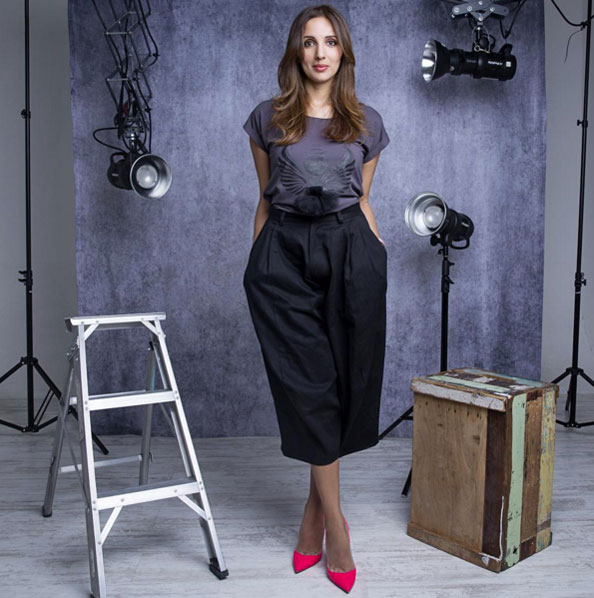 Danielle and Akber have now made it their mission to work to prevent such traged, as such all funds raised by the ZB Foundation go towards purchasing the necessary equipment required to carry out the necessary tests, as well as paying for the screening of as many babies as possible. The couple have made it their mission to educate the masses and local medical practitioners, particularly in Pakistan, as to the importance of the tests. 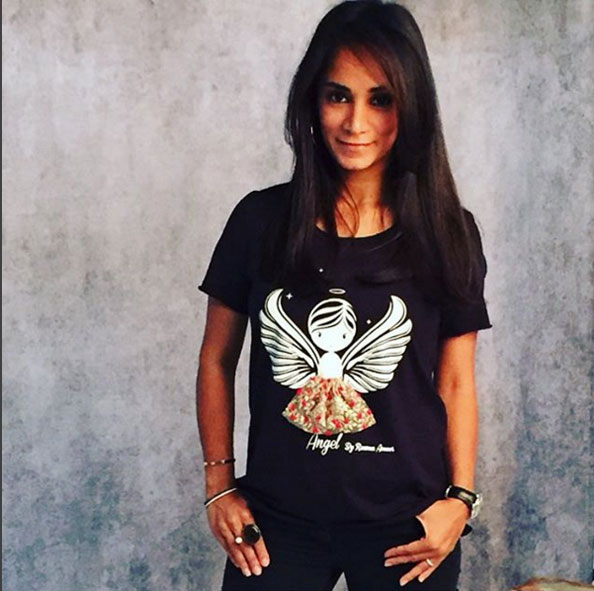 “Our aim is to get as many women and children as possible to purchase and wear their tees and shout loud about it. It’s a fun way to raise awareness and we hope to be able to spread our mission around the region, if not globe!” says Danielle. 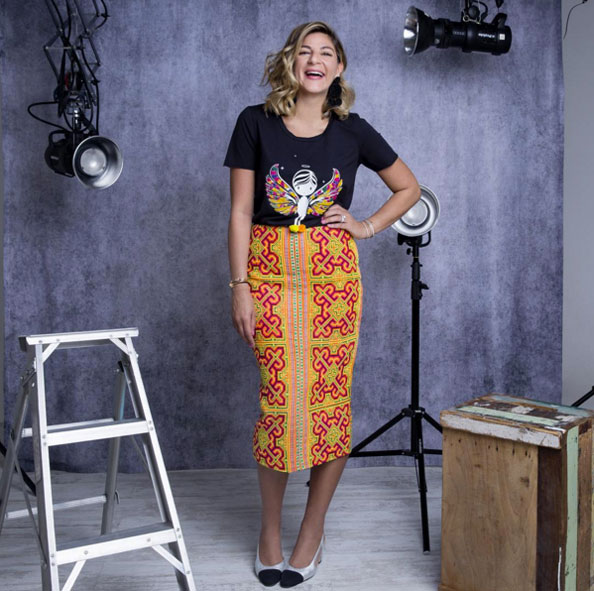 The creative collaboration with four local designers is the latest campaign to raise awareness of their mission.

Related Story: The UAE Charities That Are Making A Difference

Each bears the emblem of an angel (sketched by graphic designer Dima El Atab) and is available in forever-chic black, white or grey. Each of the designers have sewn their stylish threads into the tee, making it their own. We want every single one. 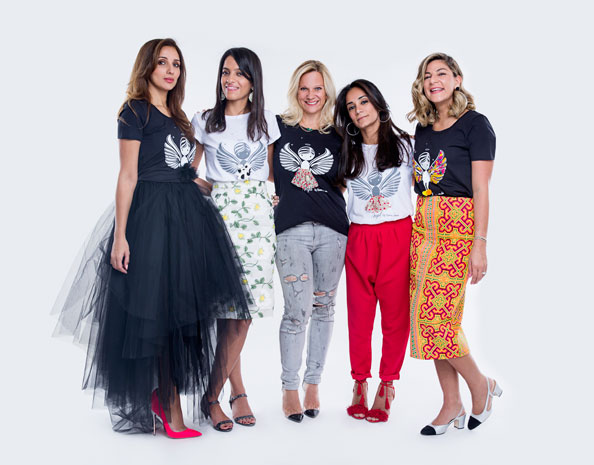 For more about the ZB Foundation, visit here.