The first Saudi female filmmaker talks about ‘going her own way’ In this month’s ‘Go Your Own Way’ issue, the Saudi filmmaker talks life, work and success.

“I really wanted to tell a story about a culturally conservative, traditional woman who decides to embrace the changes happening now and go out there and seize the moment,” says Haifaa Al Mansour, the first female filmmaker from Saudi Arabia, is a force to be reckoned with. Despite criticism, she tells EW why it’s crucial to march to the beat of her own drum.

How did you make the choice to pursue this career?

I started to make short films, just as a hobby or as a kind of therapy, to deal with the frustrations I faced as a woman in Saudi Arabia. Making films for me was a place to find freedom, to liberate myself from the constraints of my conservative culture and connect with the bigger world. And I have loved film since I was little. As a working woman in Saudi Arabia I felt invisible, like I had no voice.  I was sick of being ignored but then I found a voice in film.

What made you sure this is the right path for you?

Filmmaking was just a hobby for a long time, more than anything else, but it gave me such satisfaction in the art of creation.  And I started submitting my work to all the regional film festivals and I was shocked that one actually invited me.  They were the ones that said: “Did you know you are the first female filmmaker from Saudi Arabia?”  That was really something to hear, and such a motivator for me to keep going in the field.

What kind of push back did you experience from society?

There were quite a few people who opposed my work at the beginning.  Unlike a lot of Saudi girls, I was very lucky to have the support of my parents.  Instead of trying to control me, my father told me to believe in myself and never let anyone limit my belief of what I can achieve. He never listened to anyone or compromised when it came to his daughters’ freedom.

He used to get letters from our extended family, his friends, his colleagues and the Imam of the mosque in front of our house asking him to get me under control and put a stop to my career as a filmmaker. But he was so proud and never cared. I feel really blessed that my father was not only liberal and encouraged me to follow my dreams, but that my mother was such a strong person and didn’t care about what other people thought. Most Saudis have this real, legitimate fear of being labelled as “different” or outside of the system, but my mother and father didn’t care. Has there been a time where you wanted to break from your culture?

I see my culture as an integral part of my work and could never separate myself from it. Of course it was incredibly difficult to make a film in 2011, and people were still very hesitant to embrace any public form of artistic expression, but the culture is really the heart of the story. For me, telling stories from the unique place that I am from is very rewarding.

Of course now a lot of the restrictions on art have been relaxed and everything is different, and we have cinemas going up all across the Kingdom, but the larger issue of a lack of infrastructure in the film industry remains.  We have a lot of work to do in building up the tools and resources necessary to make quality films.  We don’t have many people with experience in the field yet so putting together a crew and getting the right equipment is very difficult. Getting the proper training and education necessary to help craft and shape our stories is another key area that we need to develop. 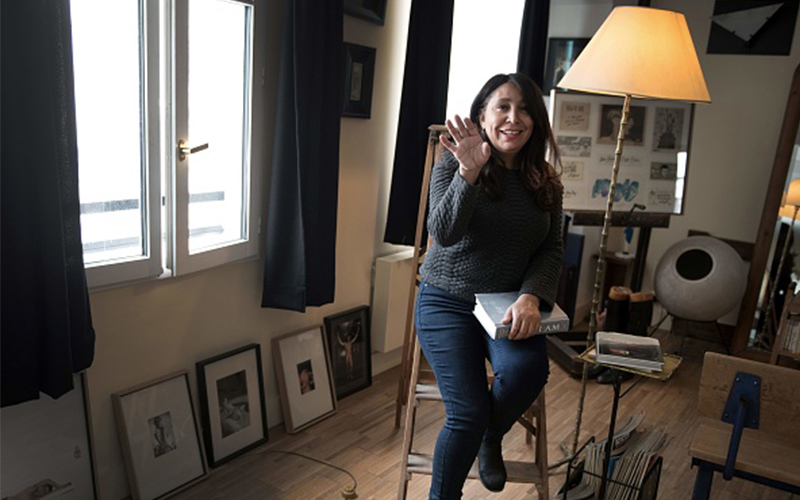 What are you working on next?

I’m developing an animated film called Miss Camel, about a camel that wants to compete in the Miss Camel beauty pageant. It is a fun story that examines the perceptions women have of themselves in the Kingdom and the ways they form their aspirations.  I hope to continue making as many movies as I can in Saudi Arabia.  It is such a ripe environment for drama, and there are so many untold stories yet to be told.  The interplay between tradition and modernity creates just the right amount of tension for great stories.