The Fifth Anniversary of the Burj Khalifa | Interesting Facts 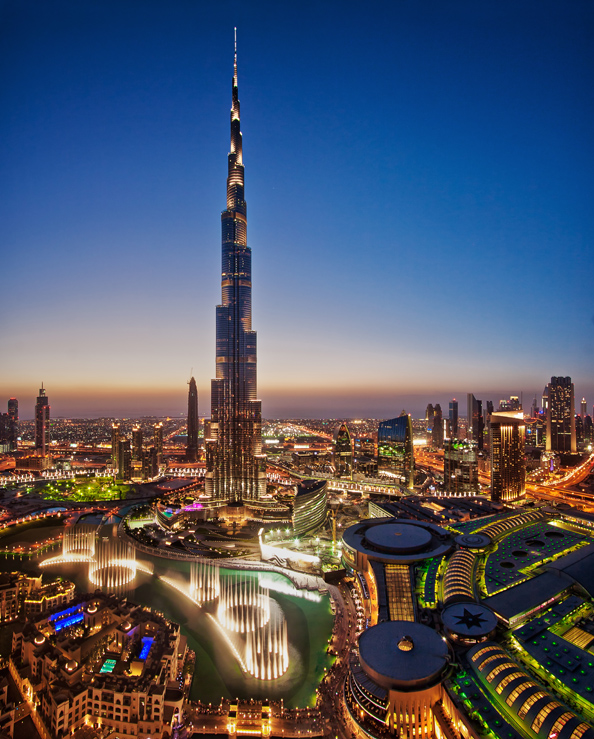 Happy 5th Birthday to the world’s tallest building – Dubai’s very own Burj Khalifa. On January 4, 2010 the Burj Khalifa was officially opened. The day was chosen to coincide with the day that His Highness Sheikh Mohammed bin Rashid Al Maktoum became Ruler of Dubai in 2006. On the fifth anniversary of the Burj Khalifa are a few interesting facts that you may not know about this magnificent structure, the jewel in Dubai’s sparkling crown.

The Burj Khalifa holds the most world records of any global skyscraper and even though most were awarded on its completion it still continues to find ways of raking in new ones. Just a few days ago on New Year’s Eve, the Burj Khalifa was the canvas for the ‘World’s Largest LED-Illuminated Facade’. With an area of 32,467 square metres, 70,000 LED and 55,000 metres of cabling, this incredible visual and celebratory display probably snagged one of the first Guinness World Records of 2015. Watch the highlights video below:

In 2014 alone it managed to add three more to its tally. Two were direct records namely ‘the highest base jump from a building’ completed on April 21 by two daredevil Frenchmen, Fred Fugen and Vince Reffet, who made the tandem jump from 828 metres (see the death-defying video below) and ‘the world’s highest observation deck’ – on October 14 Burj Khalifa opened a second, higher observation deck at 555 metres on level 148 aptly named ‘At The Top Burj Khalifa SKY’. The third record is an indirect one, but a chocolaty-sweet homage to the world’s tallest man-made structure – to commemorate the 43rd National Day on December 2 Dubai International Airport unveiled the ‘world’s tallest structure in chocolate’ which was a 13,5 metre high replica of the Burj Khalifa created by master chocolatier Andrew Farrugia.

Guinness World Records celebrates their 60th anniversary this year, so they made a special video about this multiple record breaker: 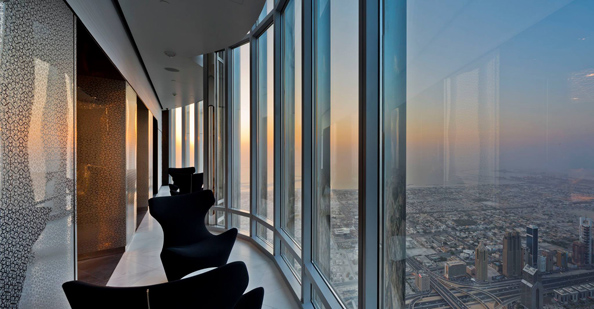 A section of the SKY lounge observation deck on level 148.

The architect for the project was American Adrian Smith while at architectural firm Skidmore, Owings & Merrill LLP (SOM). Interestingly SOM is also responsible for one of Dubai’s newest tourist-attracting residential skyscrapers the twisting Cayan Tower (or Infinity Tower) in Dubai Marina as well as One World Trade Centre in New York City. One of Adrian Smith’s latest projects, in partnership with Gordon Gill, is Saudi Arabia’s Kingdom Tower in Jeddah – currently under construction this tower is set to usurp the title of ‘world’s tallest building’ from the Burj Khalifa. Upon completion (expected to be late 2016), the skyscraper will be about 173 metres taller than the Burj Khalifa. 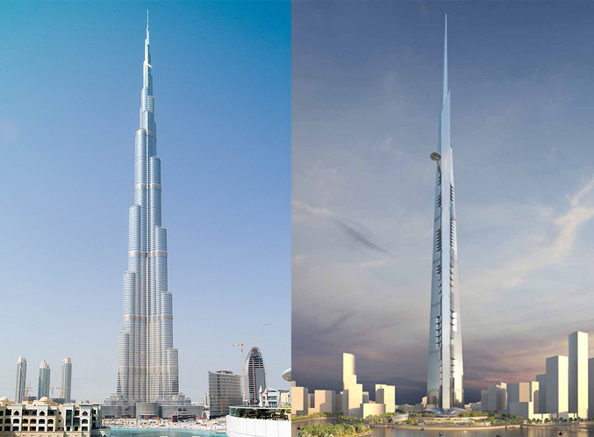 The Burj Khalifa’s overall design was inspired by “geometries of a regional desert flower [Hymenocallis] and the patterning systems embodied in Islamic architecture.” The building, constructed from reinforced concrete and clad in glass, rises up from a flat, central buttressed core that resembles open flower petals. Sculpted volumes spiral up from the base and have steps or ‘setbacks’ at various intervals. This helps to reduce mass as the building ascends in height towards the spire. This design is not merely for aesthetic reasons – the changing shape of the building helps to reduce wind forces. The building is also geared towards energy efficiency through the use of ‘sky-sourced sustainability’ – the architects and engineers looked at ways the building’s altitude could contribute to ventilation and dehumidifying systems and condensation recovery. The Hymenocallis flower was the inspiration for the design. 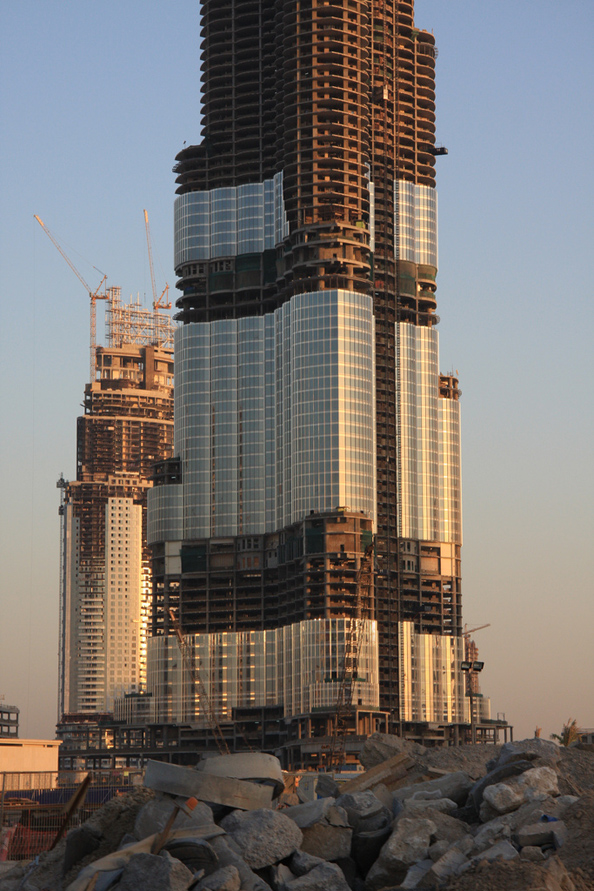 The glass cladding starts covering the reinforced concrete in 2007. 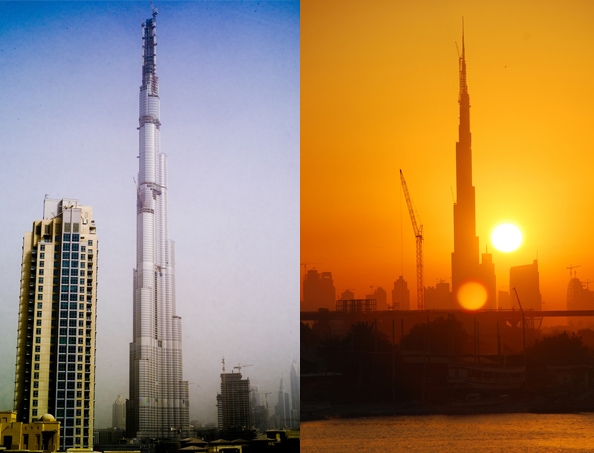