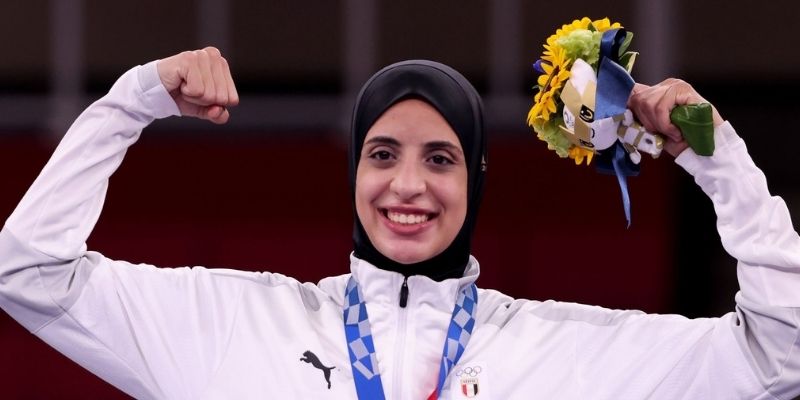 As Arab women continue to take the 2020 Olympics by storm, an athlete has just won a historic gold medal for her country.

In a fight against Azerbaijan’s Iryna Zaretska, the 22-year-old Egyptian made her mark as the first Olympic champion in the country and the first athlete to bring back a gold medal to Egypt since 2004.

As per The National, Feryal said, “I hope people will change their mind, and karate will be included in the next Olympic Games, there are millions of people around the world who practice karate, and I think it really deserves to be included.”

While karate made its debut for the first time during the Tokyo 2020 Olympic Games, several organisers are contemplating on whether to continue the sport at the Paris 2024 Olympic Games.

However, there’s no doubt Feryal is an inspiring role model for many in the world of Karate and sport. She first took up karate at just age seven in Cairo. Since then, she’s honed her ability to fight confidently from the start, with her previously representing Egypt at the 2019 African Games held in Morocco, winning a silver medal in the women’s Kumite 69kg event.